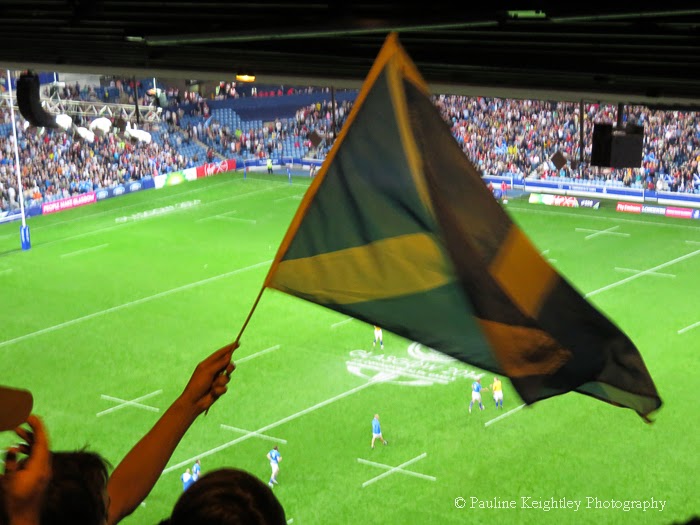 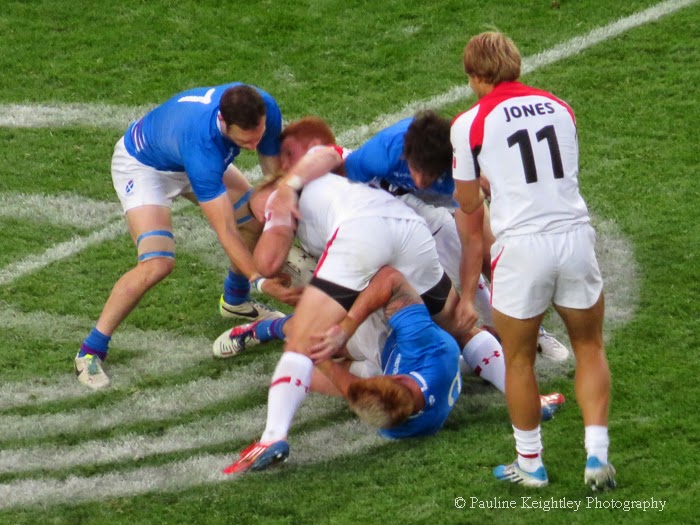 Ibrox proved a perfect stadium for the rugby with it’s intimate tiered seating bringing the rugby closer.
There was a great atmosphere here with the packed crowd with the load roar of the crowd and the chanting for U-gan-da and Barbados – Scotland always loves the underdog!

Celtic Park meanwhile proved an ideal setting for the Opening ceremonies. Glasgow had taken the games to heart and the events have enjoyed packed and enthusiastic crowds. 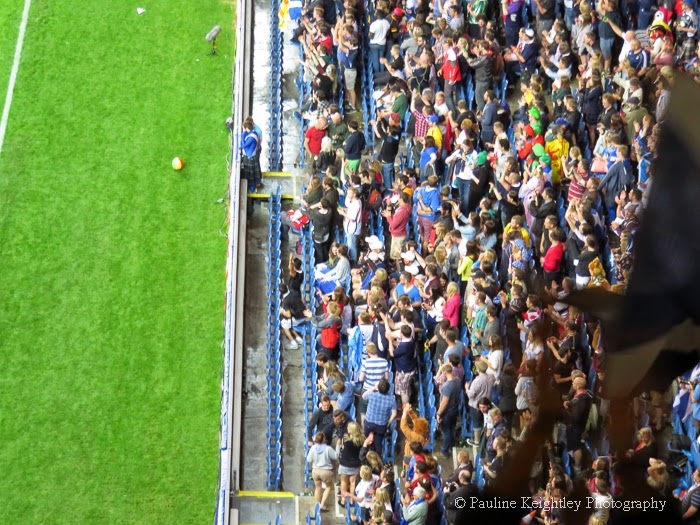 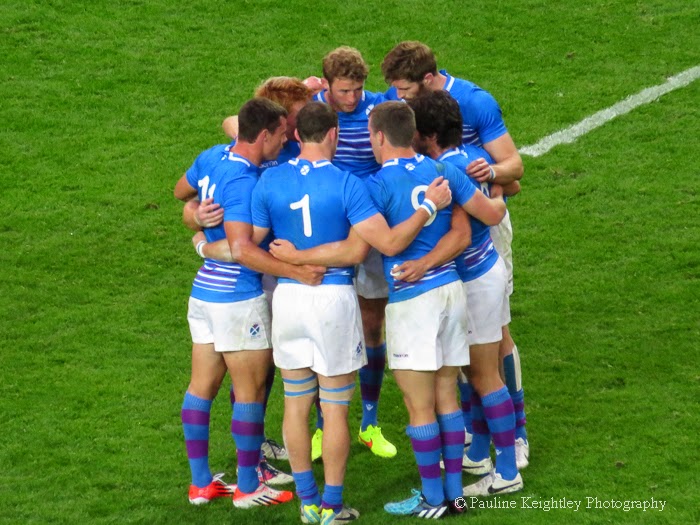 Hampden (normally a football stadium also) has been ideal for the athletics offering ideal views and atmosphere.
Another memory is all those volunteers who gave up their time to support the games in their red and grey outfits. 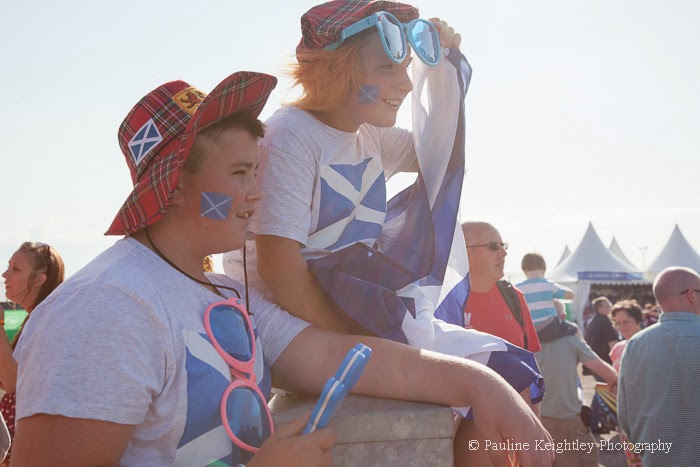 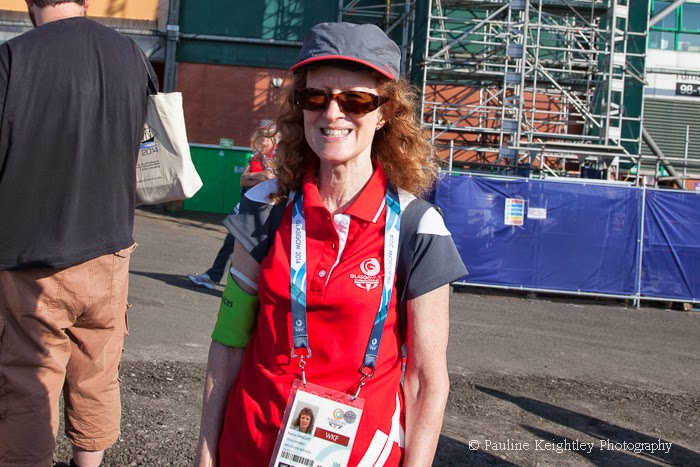 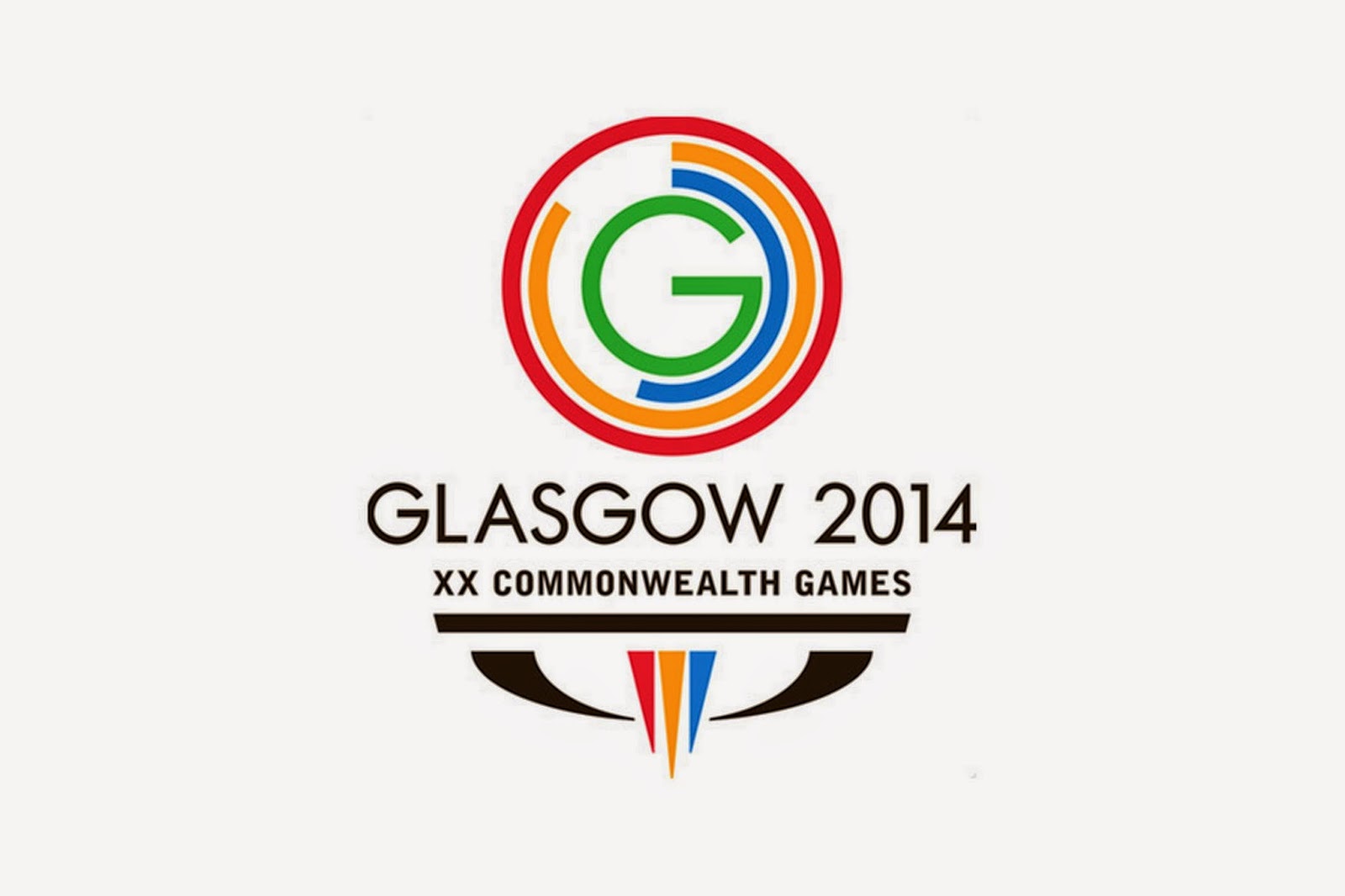 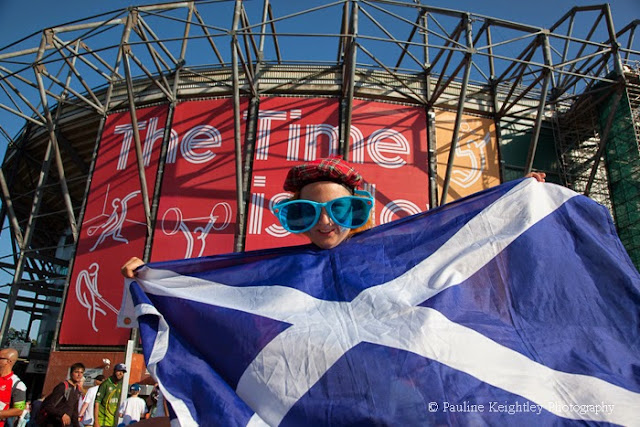 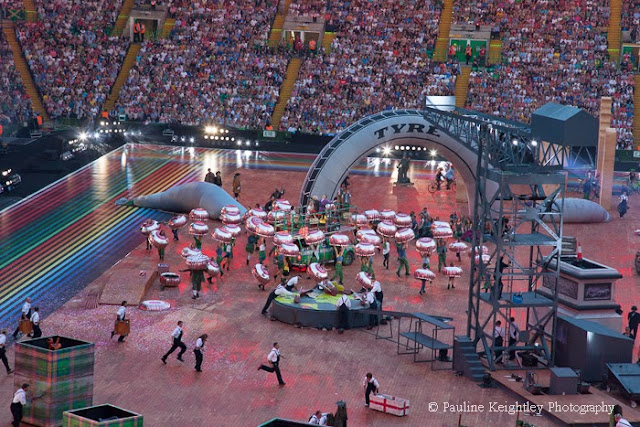 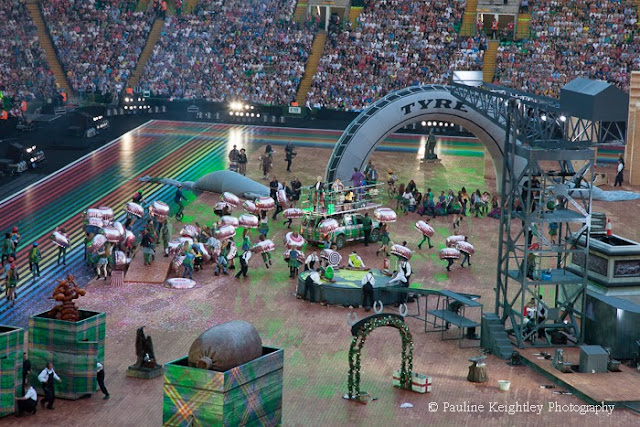 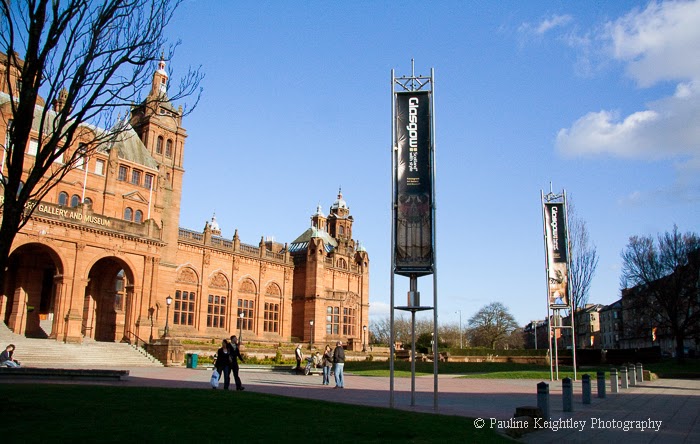 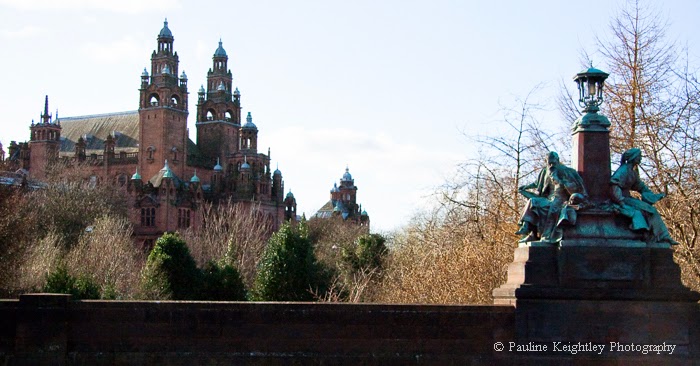 Glaswegians have had a big chip on their shoulders over many decades which hopefully today is in the past. Glasgow is the city that built the ships with its great shipbuilding yards. On the Clyde river there are now abandoned buildings and ghosts from the past.  They helped build an Empire and then as a reward had their industries closed and with no  investment in future businesses


In the 80s Glasgow Provost Kelly knew something had to change and taking from New York city's drive to rebuild the city with 'We Love New York', the slogan 'Glasgow's Miles Better' was introduced on a yellow Mr Happy background and was then followed by 'People Make Glasgow'
Glasgow saw the importance of investing in sport and culture in defining a nation.
This has helped to shape modern Glasgow which has regenerated and re packed itself successfully and the city believed it could successfully bid for the 2014 Commonwealth Games.

I discovered a Glasgow rich in culture, character, music, and with outstanding venues and many small venues for new artists. In the 50s American sailors brought in their blues and rock records (just as they did to Liverpool) and resulted in Scottish sounds mixing with country and rock and roll.
I have travelled many extraordinary journeys in Glasgow in the grey light over the Clyde river, by the university's imposing spires, the tall graceful elegance of Rennie Mackinotosh’s art school, the long shadows on Sauchiehall street and across the city's steep hills.

I originally come from Edinburgh and have lived abroad many years in America and I now live north of Glasgow.  My children all attended Glasgow University. In my teens I used to travel over to Glasgow clubs and it often seemed a rather dark place. Now the buildings have been cleaned up and rejuvenated. It is a city of great heritage and surprises and you never know when a building of impressive architectural merit will appear as if from nowhere.

I once covered a fashion event at the imposing Corinthian on Ingram Street along from the Italian shops, the charm of the Merchant city, the City halls and the Old Fruitmarket venues. If you look there are many hidden treasures on Glasgow's side streets. Both the Concert hall and the Theatre Royal have been under going recent building improvements.

Glaswegians never take themselves too seriously though and there is a true creative freedom of expression here where nothing can possibly be too wacky or off centre!  It may once have been the city of fallen hopes but it seems today there is a rebirth of dreams and renewed confidence once again. 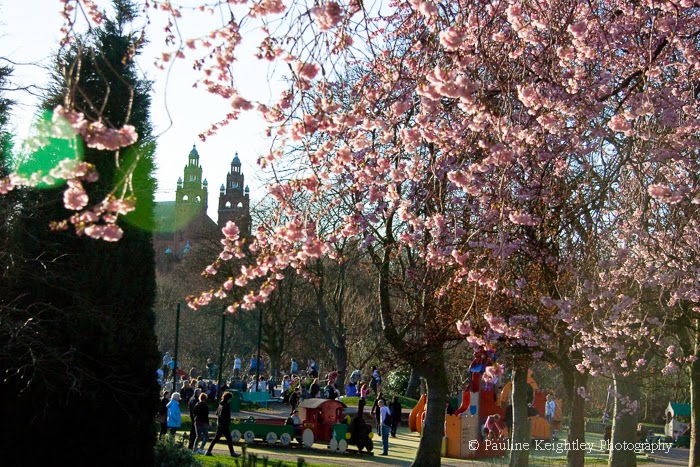 The city of fallen dreams

The city of fallen dreams
Of no tomorrows,
Of ancestors rich homes,
Cathedral spires
And the fast
Highway of speeding lights.

On the hilltop sits the proud university
Solid and tall
A small cloud on its rooftop.

Far off in the dull distance
High-rises of fallen flats
Boxes of lights.
I watch the clear slow grey of the Clyde river
As it winds slowly through
Momentarily its story shifting,
With every bend
Every look.

Beside me the modern, the new,
Tell of the future,
Fast, ever changing
And the old faces the new. 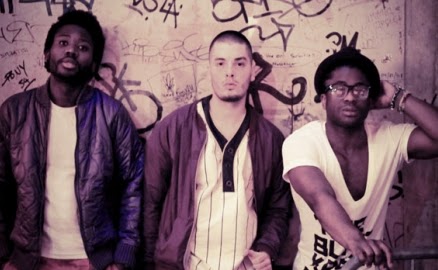 Scottish artists and musicians no longer need to travel and live in London, perhaps because the world wide web brings us all closer than ever before.

This Scottish Album of the Year Award is for some of the top innovative new music in Scotland.
The style ranges from indie, hip-hop, rock, electronica and flamenco guitar.