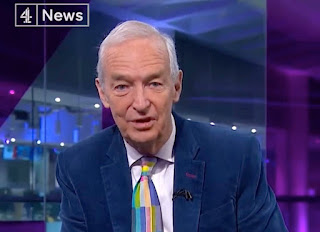 The Tory party has plans to privatize channel four. Its been widely reported that the broadcaster has supported more local innovative and independent productions and that the is Tory revenge for their perceived anti-Tory reporting. CH 4 is a highly successful broadcaster.

Nadine Dorries is a lightweight embarrassment as the tory culture minster and in interviews was not aware that while ch4 is publicly owned, it pays for itself with advertising – a unique model.

The loss of legend broadcaster Jon snow last December was felt keenly. – after his 32 years with the broadcaster ,he said “its been the greatest privilege of my life to bring you the news.” 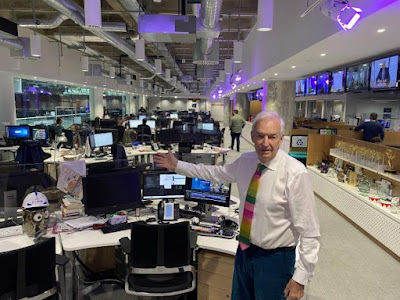 According to reports a privatized CH4 would face possible 50% cuts to its £660m program budgets - – spent on content such as news and current affairs, Gogglebox and It’s a Sin – to force its model into that of a commercially-focused broadcaster. This is likely to mean cuts to content that does not bring in much income from advertising, which Channel 4 relies on for more than 90% of its £1bn annual revenues, such as news.

CH4 has set up offices in Leeds and Glasgow which would probably have to close.

Channel 4 was established by Margaret Thatcher’s government in 1982 to provide a culturally challenging alternative to BBC One, BBC Two and ITV. It is publicly owned but commercially funded. Unlike the BBC, which is funded through the £159-a-year license fee its viewers must pay, Channel 4 has no financial support from the taxpayer.

In 2017, the culture secretary Karen Bradley formally ruled privatization out, saying Channel 4 was a “precious public asset” that would “continue to be owned by the country”. Instead, the government pushed for Channel 4 to relocate significant parts of its operations and staff out of London. About 300 of its 800 staff have now moved to new “national” headquarters in Leeds, as well as “creative hubs” in Bristol and Glasgow.

Ultimately, it was decided that the benefits of a cash windfall to the government were outweighed by the scale of the detrimental impact on the independent TV sector.

To set up Scotland’s very own media

Scottish Media and Broadcasting. To set up Scotland’s very own media! Yes

When the British Broadcasting Corporation BBC, was set up 1933, its strange that Scotland, an ancient nation begun 9th century, did not insist on its own media – when Scotland has always kept its church, law and education. Its been a cultural disaster for Scotland, writes Paul Scott Henderson in his book on the Scottish Enlightenment. And with four ancient universities.

Nearly all Scottish arts councils have been run by English directors. Andrew Dixon, who ran the National galleries wanted to remove all Scottish art as he believed it was inferior and close the Scottish National Portrait gallery – but there was such an outcry and protest in Edinburgh, instead the historic building in Queen street was refurbished and reopened in 2014.

Henderson writes, “The problem is that many Scots children go through their entire time at school and learn nothing of their own Scottish culture, history or arts. This is shocking as most countries teach their national culture. Instead Scots learn about English culture which teaches them to feel second rate and inferior.”

I have my own personal experience.

“Scotland’s government is responsible for Scotland’s culture, but has to ignore the most influential means of cultural expression. All the small, newly independent, nations of Europe have their own broadcasting and even Catalonia has its own four tv channels.”

Are changes afoot 2022 – with the recent global successes of the series Outlander and at Cumbernauld studios; filming Batman Glasgow; Brian Cox in Succession; and several other well known Scots actors. And with Sam Heughan portraying Jamie Frazer a proud and principled Highlander. 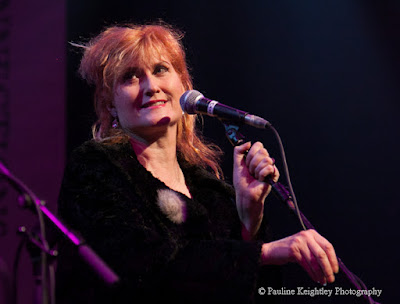 Scots Makar Kathleen Jamie will give a readings of collective poem Our Waking Breath – a Poem-Letter from Scotland to Ukraine, created from single lines submitted by the public.

Tickets are selling fast for the concert, has already raised over £15,000 for the

and anyone who wants to come along is being urged to act quickly as the concert is expected to sell out.

Tickets cost £25, with all net proceeds from the event being donated directly to the Disaster Emergency Committee (DEC), Ukraine Humanitarian Appeal. 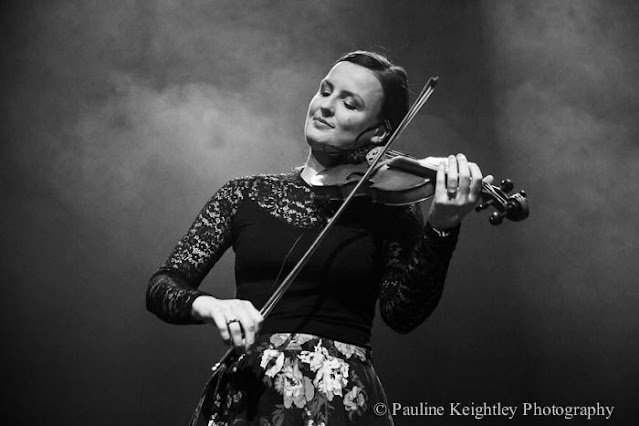 Perthshire-based poet Jim Mackintosh, who is organising the event along with Horsecross Arts, Alan McKinnon, Dave MacFarlane and Graeme Roger, said: “I’m humbled at the response from the Scottish creative community.

“When we came up with the idea to do the concert, everyone we asked who could possibly rearrange their lives to be able to perform said yes. Once word spread among artists, we were actively contacted by several top names who wanted to get involved.

“The concert is obviously going to be full of emotion, but we do want people to come along and enjoy themselves and feel proud that they are doing something, albeit a small thing, to help the people of Ukraine.

“And if people can’t make it but still want to show their support, they can still donate to the appeal through the Concert for Ukraine webpage.”

All the performers and their technical support have donated their services, and Horsecross Arts has waived the hire fee for Perth Concert Hall.