Is having two of Scotland folk songwriting legends!

Feelin' Nostalgic....
Many moons ago in my school days in Edinburgh - Mr Rod Stewart was played constantly - the one song that was great to sing was 'Reason to Believe' written by folk singer Tim Hardin (along with B side 'Maggie May' of course) . Ah lovin' the joys of Youtube...! Even if I've never seen the old crooner live I can watch him live there. He's not one of my favourites to listen to his albums - but he sure did record some singable songs.

Reason To Believe - sung by Rod Stewart :
This was written by Folk singer Tim Hardin, who originally recorded it in 1965. Hardin wrote some popular songs and was a very influential musician, but he had severe drug problems and died in December, 1980 at age 39. His death came shortly after John Lennon's. Stewart released this again in 1993 as a live, acoustic version for MTV Unplugged. Appearing on the album Unplugged... and Seated, this is the version that charted. Stewart's original version was released as a single with "Maggie May" as the B-side. Disc Jockeys liked the flip side better and played "Maggie May" instead, which became the hit. The 1993 Unplugged version was recorded at an MTV special with Ron Wood, who played with Stewart in The Faces. It was the first time they performed it together in 22 years. Stewart commented that his wife at the time, Rachel Hunter, was 1 year-old when it was first released. 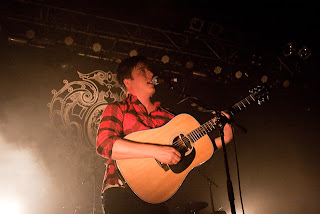 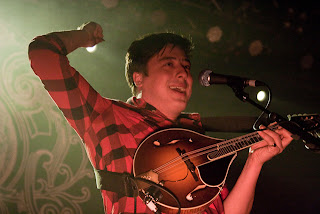 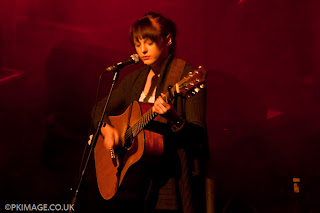 Late February - and Awards ceremonies time yet again began with the Baftas and the lavish Brits this week. Often I have to admit to complete boredom with the samey brash American dancing girls, and wonder is this awards ceremony really about music at all.. On the other hand perhaps awards help us to reflect on the past year. My year always starts with Celtic in January. Then I enjoyed Mumford and Laura Marling in March 2010. I noted that Mumford had a terrific gig response at the summer festivals - and the packed audience at the ABC was certainly bouncing through their set.
BRITS 2011:  Mumford won - British Album, Laura Marling - British Female Solo Artist,  Plan B - British Male Solo Artist, Take That - British Group.  Fire - International Album.  The lovely Adele sang her 'Someone Like You' - I am sort of impressed this year.  The Brits
I even wrote up a little poem (!) last April to  -
Mumford and Marling in Mombai
Along with
Winston, Ben and Ted Twane,
Our English countrymen,
We find .
A place of exhilarating colours, confusions and contradictions..
We perform at Bandra Fort
Where the seats are grass steps.
We crossed those lines, sought
Refuge in high stars and strange crowded pathways.
In , we caught the feared runs
Where cows and naked children run free -
In the bustle and chaos of street markets
We wander.
We do the Dharahar Project
With Indian songs over 500 years old -
And that's when our English folk feels oh so new.

I saw Adele sing this on Jools Holland last year - it gave me the chills. Give me beautiful simple piano and voice any day. Her new album '21' is predicted to be massive this year.

Also you can now pre-order RADIOHEAD's new album 'King of limbs'direct from their website! Looks like 2011 is another good year for music. http://www.thekingoflimbs.com/ 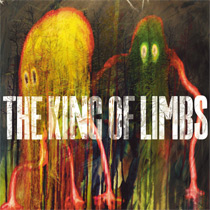 QUOTE Radiohead: What have twitter and facebook ever done for us?
Obviously, keeping in touch with everyone but I have to say I have become increasingly excited over the last 3 months about the possibilities of this form of communication. Yes I am very slow out of the blocks. It's in the arena of public protest that it seems twitter and facebook are increasingly the means by which popular movements throughout the world are able to come together and mobilise.
I have been so moved by the peaceful Jasmine revolution in Tunisia; The anti-Government demonstrations centred on Tahrir Square in Cairo.. Social networking has helped facilitate the freedom to assemble peacefully and express oneself. Equally in Britain it seems to be having a similar effect in helping essential protests being organised by students and groups such as UK Uncut against the Government's ill thought out cuts ... Well done those people!

Email ThisBlogThis!Share to TwitterShare to FacebookShare to Pinterest
music, gigs, reviews, photos, adele, radiohead, singer, someone like you, song, songwriter 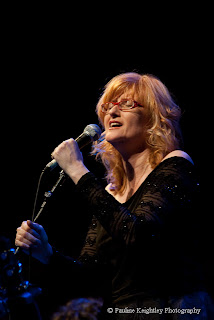 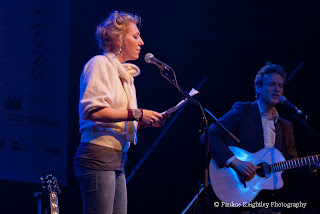 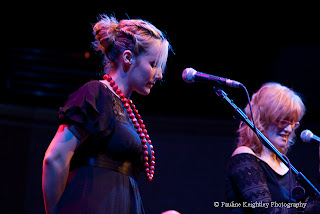 This year I went to less events than last year, there is so much on at the same time it can be hard to choose!  For the smaller events planning ahead is a good idea as there were many sold out concerts. Celtic offers a good opportunity to see new talent coming through and also for more established artists. The highlights for me were Forever Young Dylan concert and Rosanne Cash and the Davy Steele concert. I finished my Celtic experience at the festival club.
At the Danny Kyle Open Mic and the Festival club I took photos of 'RURA' at both by chance and I thought they were a fun band. They were one of the winners of the 'Danny Kyle stage'.  Taking shots of this young band reminded me of what I love about Music Photography - the joy of music. I'm often not keen on the quick grab of a few shots during the first 3 songs as it feels false and that's not why I do my photography. I hope I offer quality promotions for the festival with my work.  I met Jerry Douglas at the Old Fruitmarket and I said I had some photos from his gig on the Sunday!
There is something for everyone and the diversity of the festival shows in the events offered over the 2 weeks. 'Showcase Scotland' attracts over 180 music industry delegates. The festival also offers workshops and it's popular educational program. Celtic brings in a good deal to Scotland and Glasgow with visitors world wide attending, making it a truly international event and raising the profile of Scottish culture, music and art.
It's been an honour for me to cover and promote the Celtic Connections festival the past few years (*since 2008).  I often get some of my best shots at Celtic for some reason -  maybe its the buzz, the collaborations, the diversity of the artists, added to the backdrop of the historic, dramatic yet vibrant city of Glasgow.
I hope you might enjoy my Celtic Connections slideshow on my photo website -http://pkimage.co.uk/


Celtic Connections festival Glasgow
While I enjoy many genres, I believe folk or roots music or Celtic has an important role in keeping our cultural history alive and well. I used to go to Sandy Bells Edinburgh where I grew up about the time Hamish Henderson may have been there. I saw Dick Gaughan in the seventies, and travelled to many folk festivals. Celtic explores both our cultures and our diversities and what pulls us together -  our shared humanity and love of the arts - especially music of course!
I enjoy Celtic for the chance to meet other writers, artists and photographers.
I've had good feedback from several folk artists who have used my images for promotional material - Kirsty McGee, Karine Polwart, Jim Byrne, Inge Thompson, Mat Martin, Broken Records, Alistair Oglivie, The Magic Hat . 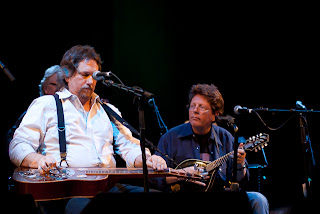 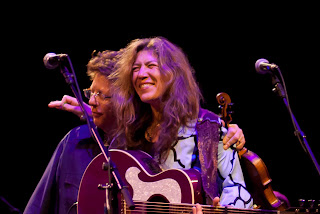 The ever popular Transatlantic sessions rolled into town.  It now tours to several other cites also, including , and .  Musical directors were as usual Ali Bain and Jerry Douglas.
After the opening reel we were treated to the lovely-lilting Gaelic voice of Julie Fowlis in a deep blue velvet dress.  We then had a couple of songs from the ever sociable and talented bluegrass singer Tim O'Brien.  The other lady singers were soulful Alison Moorer and powerful gospel singer Ashley Cleveland from .  A highlight of these concerts is the Scottish reels led by the masterful Ali Bain on fiddle.  Irishman Paul Brady sang a tribute to the late Gerry Rafferty with his hugely successful song '.'  Jerry Douglas plays his quality solo to open the second half, and later Mike McGoldrick on pipes led a haunting Scottish melody, while Alison Moorer sang the wonderful 'Carrickfergus'.  As usual a diverse, colourful and highly entertaining show. 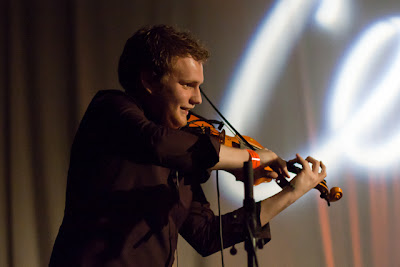 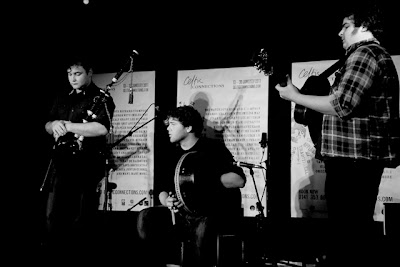 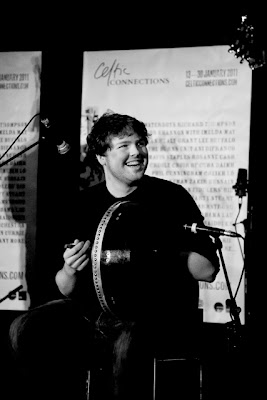 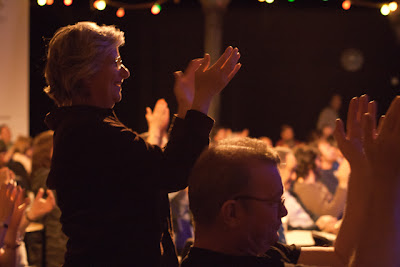