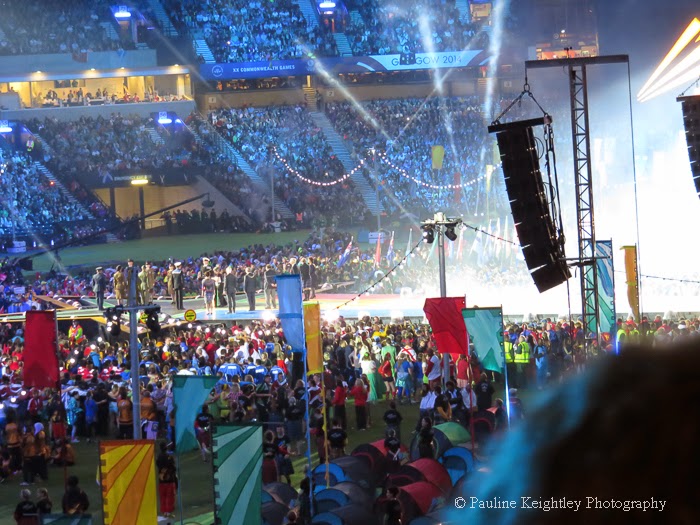 Glasgow’s golden games proved more than friendly or about people – they brought out the best in both the athletes, all those involved in the years of planning and in the spirit of the Clydesiders, who smiled their hello welcomes and gave up their time to make the games such a success.

The ceremony thanked all those involved and all those thousands of volunteers. Scotland showed its generosity with over 5m raised for UNICEF.  Sport brings us together and ignores both political and religious divides.

The Hampden Park was decked out in colourful tents and flags for the closing ceremony party.  Scottish songsmith and soul singer Lulu gave her well kent “Shout” to start the party off. Deacon Blue followed with “Dignity” as those services who worked for the games entered the stadium.

Lord Smith of Kelvin spoke of the successful games and thanked all involved. He said that Glasgow would never forget the Games. HRH Prince Imran gave the David Dickson award to
rhythmic gymnast from Wales, Frankie Jones, was honoured with Athlete of the Games for her inspiring others. When he mentioned Team Scotland there was a truly long Hampden roar!  And he said that Glasgow was “Pure dead brilliant!”

The Commonwealth Games flag was passed on the Australian Goldcoast as Gaelic singer Karen Matheson sang the haunting farewell Burns song “Ae Fond Kiss”. The Goldcoast is a stark contrast with surfing and golden beaches – I am certain a fun place for wonderful holiday trips.  After which Australian Kylie Minogue performed a colourful set of her hit songs with her dancers. 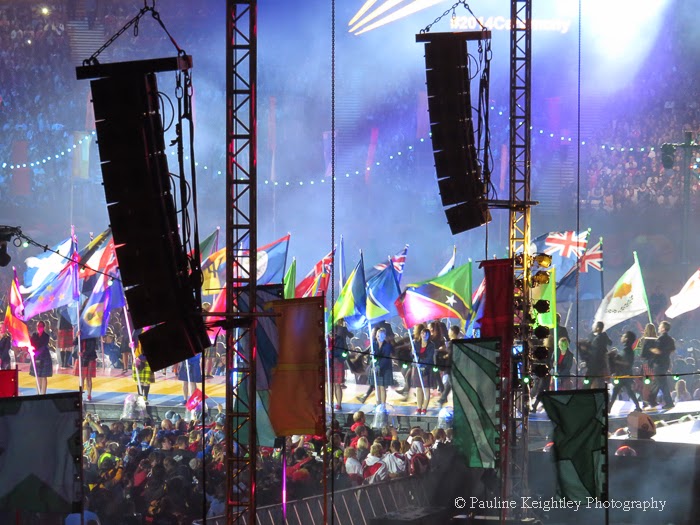 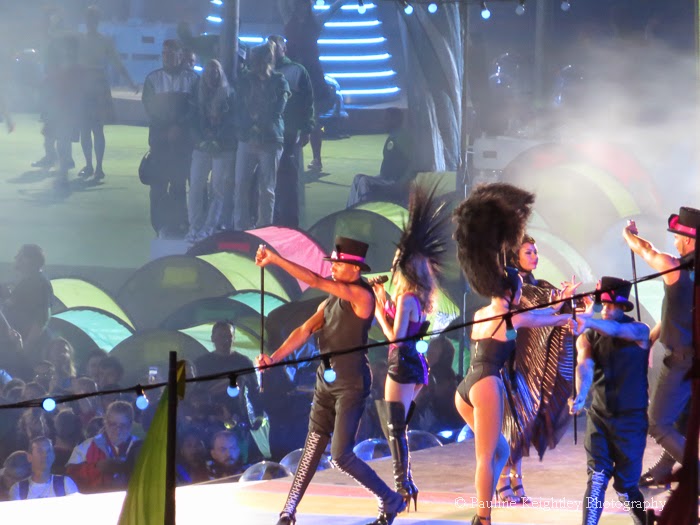 The weather may not always be perfect here in Scotland but peoples’ hearts are true. We have a rich and varied heritage and when Dougie MacLean sang "Caledonia" the voices of the packed crowd rang around the stadium as hearts swelled with warm heartfelt pride in the beauty and possibilities of our country. Dougie always encourages everyone to sing along, which for me is what music is all about. ..or used to be anyway. The ceremony closed of course with Dougie, Kylie, Lulu and the athletes and crowd singing Auld Lang Syne.
As we left the stadium the catering staff were all dancing and singing too. Glasgow loves a party! .

And do the Games leave a legacy? They were an inspiration to see the young people reach their goals after years of hard work.

Sometimes Glasgow sits in Edinburgh’s shadow so it was wonderful to see the city on the world stage give us such proud games.  “Haste Ye Back” as Glasgow said good bye
Thanks to Glasgow for the most successful games yet!

Postscript:
I was a little concerned that those of us who support Scottish independence were told to keep quiet during the games. So I took my YES badge off....What about free speech and all?
UK Defence minister Michael Fallon insisted the red arrows flew red, white and blue  over Glasgow's opening ceremony - even though as a good will gesture the arrows flew Scotland's blue and white colours when the Queen visited for the opening of the Scottish Parliament in 1999.

Quote Ian Bell Scottish Sunday Herald.  "For forms sake we should keep score. The Red Arrows lie; the Tollcross incident (lady with a yes flag asked to leave); the two-faced flags with Union Jack on one side Saltire on the other; that bit of censorship on Glasgow Green (no yes badges); those acts of petty propaganda and small minded authoritarianism cant' be pinned on Yes campaigners. Only two of the four can be traced to Games organisers and their terms and conditions.
Flags don't matter much to me but this sort of thing could make me change my mind. The contrast with the 2012 Olympics remains entertaining still. Which unionist politician didn't use those games to spread the gospel of Better Together at every opportunity and assail anyone who dared to disagree? Then as now , they were dashed unsporting."

As the referendum in September hung over the event people seemed surprised that Scotland cheered the English athletes.  It can be hard for Scotland's voice to be heard and the media is controlled in London.  We have kept our own Law, church and education since the Union, which was not popular then.  Scotland is a much older country than the UK. It is important that Scotland works for the best interest of those who live here .