Are the Commonwealth Games Political? 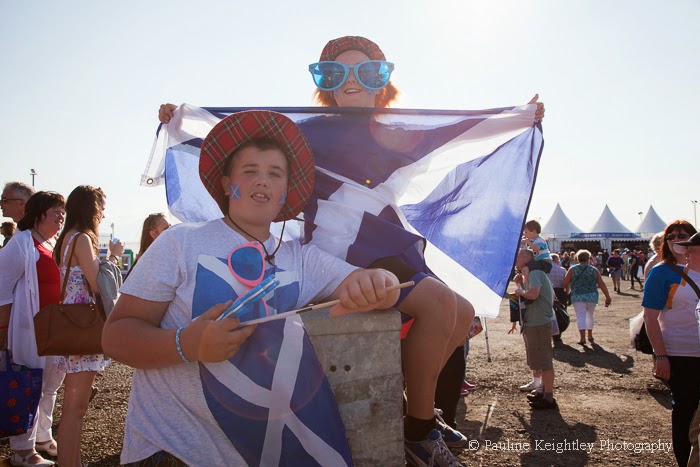 I believe it is impossible to separate sport and politics. The Commonwealth games were initially called The British Empire Games.Even the flag waving is political.

The Queen attended the opening ceremony and we sang God Save the Queen at Celtic Park – quite a strange thing in itself.

Of course the Games are political.
With the Referendum hanging over the proceedings the crowd cheered the English athlete, perhaps surprising the international audience.

Scotland's imperial past is evident in the names of some of the Jamaican athletes - and with Jennifer Stirling who carried in the baton to the Opening ceremony.

The song Freedom Come All Ye by Hamish Henderson, which was sung at the Opening ceremony, was a fitting choice as the song speaks of winds of change and sweeping away exploitation and imperialism - and looks to an inclusive and co-operative future. The song is a product of the 60s Scottish folk revival.