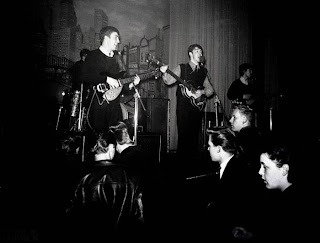 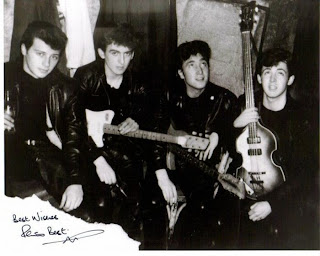 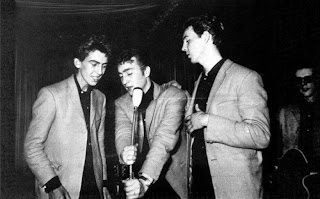 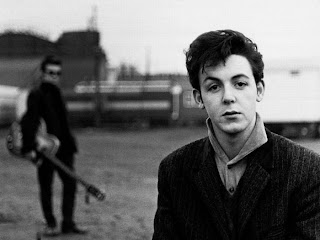 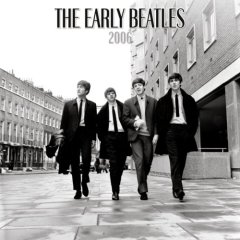 There’s a fascination about the early Beatles Photos and Music. What gave them that ‘magic’ – was it how they bounced off each other – how much did George Harrison (the quiet one) add. In the early days all three were front men and Lennon wanted the best in the band.


At sixteen Lennon started his skiffle band The Quarrymen in 1957. They changed their name to The Beatles and played over in Hamburg Germany in 1960. It wasn't until 1962 that the band picked up attention for their gigs at the Cavern Club in Liverpool. After Decca Records rejected the band in early February 1962 with the comment "Guitar groups are on the way out, Mr. Epstein", George Martin signed the group to EMI's Parlophone label in May.

I’ve been having fun looking through early Beatles images.

At a time when mods and rockers walked the streets of London, and when British youth was fascinated by the American blues records sold in back street shops and when pop music really took off here. It was fresh and exciting times for pop art culture, Mary Quant fashion, Twiggy, mini skirts and young music.
Then it was all about the song and the instruments before the advent of the music video. (and oddly the Beatles were the first ones to make music videos, as they were so long at the number one spot they simply couldn't be on Top of the Pops every week!)

Todays generation is the 'fast' generation they want everything yesterday. They want to be The Beatles 1966 right away... rather than the Beatles 1957.  It took the Beatles 5 years of graft to get anywhere....