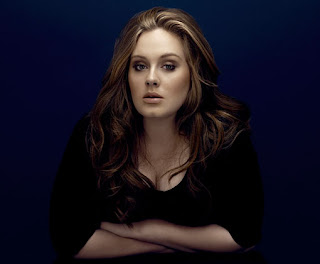 Coldplay, the biggest band worldwide, opened the BRITS show with their brand of colourful fun ‘Paradise’ rhythms. I am proud of British music with artists who sell well worldwide – Coldplay, Adele, Florence and the Machine, Jessie J, Laura Marling, Plan B, more.

Adele, the biggest selling British artist of the 21st century with 17m sales, just swept the American Grammies last week with her ‘coming of age’ album 21. Back home in London Adele again won the categories Best Album and Best Female. Newcomer singer songwriter Ed Sheeran won Best Male and Best Breakthrough act. Best Band; Coldplay (50m sales worldwide); Emeli Sande won Critics Choice award.
International Female; Rhianna (20m albums), International Male; Bruno Mars (500m hits youTube), International Groupl Foo Fighters; International Breakthrough; Lana Del Rey.
The show closed with 90s band Blur. While performers Olly Murs, Bruno Mars and Rhianna, prove this show is mostly about the mainstream.
It is not all about good vibes on the ground these days, but more importantly attention in the online stratospheres – and all about that Online Buzz now via YouTube hits, Facebook friends and Twitter friends,
The Brits may not have the extravagance and glitz of the Grammies but thank goodness, music should not be all about theatricals! Florence and the Machine put on a beautifully artistic choreographed performance. The presenter James Corden, took to the floor where some audience members walked in front of him…
Plus quite oddly he felt it was more important the show kept to its allotted time than that Adele was given time for her acceptance speech after winning best album!  I’m all for professionalism but this seemed to be carrying things a bit too far!


PS As respected songwriter Richard Thompson puts it, 'People in large numbers don't always have the best taste!'  Also I was reading that when Adele recorded Someone Like You simply backed with piano her label wanted the song re-recorded with a full band backing, but Adele stuck to her guns and said no! mmmm It never fails to amaze me the over-production that goes on. Surely it’s about the song and voice in the end?