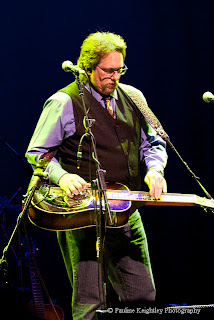 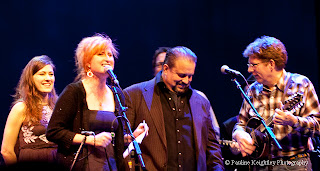 The Mainstay of Celtic with it’s Winning Formula!


Transatlantic Band. Every January my son and I take a front row seat at the 'Transatlantic Sessions' Celtic Connections Glasgow. This is a very unique concert, and is about the band firstly - live bands don't come much better than this one!  I love the way the singers are centre stage vocally surrounded by these rich warm tones of the folk music. Singers include some of the most beautiful Celtic voices -   Eddi Reader, Karen Matheson, Cara Dillon, Darrell Scott, Tim O'Brien, Paul Brady, Julie Fowlis.

Here’s my concert running list which I hope I’ve got mostly right!
The Concert. After the opening reels Tim O’Brien from West Virginia performed My Girls Waiting For Me and All I Want. Ruth Moody of Wailing Jenny’s sang Nest and Long Stars. Next was Scottish favourite Eddie Reader who sang Burn’s Green Grow the Rashes O. She was joined by Irish singer songwriter Declan O’Rourke and they sang his song Love Is the Way. Declan then sang Lightning Bird and Galileo. Then we had tunes with Scottish fiddler Aly Bain leading – Glass of Beer and Full Rigged Ship. Next the crystal voice of Karen Matheson as she sang the traditional song The Arka Mill. Followed by the Cuban Latino singer Raul Malo who sang Without You and Better Days. The first half was finished with a song by Woody Guthrie This Land Is Our Land led by Tim O’Brien.

Tip for next year. Why not let Aly Bain do something solo? He seems an unassuming musician, but I can see watching the set what a very talented player he truly is. Modest Aly Bain is one of our most accomplished ever fiddlers. I notice during the singer’s turns the way Douglas adds his countering melody and how much his playing adds to the concert. One ingredient missing this year is Aly’s side kick talented accordionist Phil Cunningham.

This band fills the stage and they are so well led by Douglas and Aly Bain while added to the mix are the very talented singers. This is about the joy of an accomplished live band. 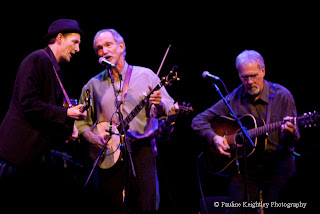