Cultural Revolutions: To forge a future for Scotland

To forge a future for Scotland
In the 20th century Scottish culture was fast disappearing –
After WW1 theatres, variety and musical hall were hugely popular – a peoples theatre. The shows though were a dumbing down and a caricature, unreal version of Scotland – with figures of fun such as Tommy Lorne and comic Harry Lauder .
This marginalization of Scottish culture was part of an Anglicisation of Scotland. Scottish literature of the time was parochial and presented a sentimental and religious country - such as the author Ian MacLaren.

Significantly before the war Home Rule Bills were passed for both Ireland and Scotland but were put aside during the war – what was Home Rule anyway – and why has it been ignored for 100 years?

Up in Montrose, Kinross, was a young reporter called Christopher Grieve, who later chose a Celtic name to write under - Hugh MacDiarmid  - along with his wife Peggy.
Hugh wrote of the gulf between this sentimental Scotland and the reality of its economic suppression. Hugh wanted to write of an authentic Scottish voice.

The writers in Montrose were inspired by a new cultural confidence and by Irish voices of the time such as Joyce and Yeats. At this time in 1918 the Irish over threw English imperial rule. It was sad they had to fight so hard and many civilians died.
(Meanwhile the BBCs John Reith aspired to have everyone speaking correct English and English elocution lessons were popular at that time.

MacDiarmid found a friend and neighbour in Violet Jacob, who became a socialist and also wrote in Scots and English and she was deeply affected by her 20 year old sons death in the war.
Celtic warrior Hugh MacDiarmid understood that the Scots language would help build an Independent Scotland and to forge a true and real future identity for Scotland – a Scottish Renaissance , a blueprint for a modern Scotland.

Later he went away to seclusion to write his most famous poem – The Drunk man Looks at a Thistle – he wrote about his definition of what is Scotland; Russian poetry and scarps of songs.
The aim was to structure the world to suit the people who live there and not a culture imposed from elsewhere.

There has to be a social and cultural revolution too.  Hugh retreated to the very edge of Scotland, to the Shetlands from Orkney it is a 8 hour crossing …..and his ideas spread….
(Scotland: The Promised Land)
** Montrose artists and writers movement inspired each other.
1920 Montrose was the cultural capital of Scotland. MacDiarmid Total confidence that independent Scotland can work for the advantage of the people that live here.
Violet Jacob – lost her son at WW1 at 20. She became a socialist and also wrote poems in bot Scottish and English.
William Lamb sculptor.
Wiila Muir – Radical, novelist and translator. Women: An Inquiry is a book-length  feminist essay.
Edwin Muir – Poet,
Edward Baird;
Tom McDonald.
Helen Cruikshanks – The movement spread to St Andrews and to Costorphine Edinburgh, , where writers and artists now gathered. Helen rekindled the Scottish cultural scene.
Hamish Henderson, Poet and songwriter, who wrote the song Freedom Come All Ye.
James Leslie Mitchell – 1932 Sunset Song (Lewis Grassic Gibbon) partly written in Scots of crafting community of Angus and the Mearns – the breakthrough novel of the Renaissance. and the New York Times book of the week.
Mitchell became great friends with Hugh, and they published an anthology together. – Scottish scene.

MacDiarmid’s aim was to have confidence in a modern Scotland – who are we? He stood on the shoulders of those who fought for Scotland’s voice.

Email ThisBlogThis!Share to TwitterShare to FacebookShare to Pinterest
music, gigs, reviews, photos, Cultural Revolutions, To forge a future for Scotland 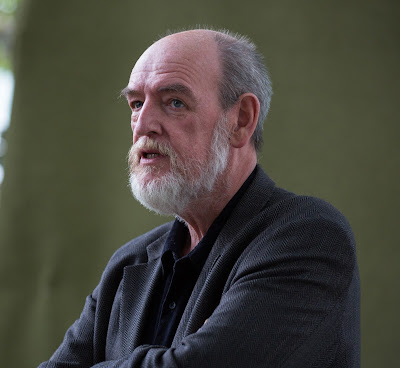 There are few writers that inspire. Bell wrote with a rare clarity.

Many Illuminate - they write articulately, cleverly, are well informed and insightful, but they often have a limited view or write mostly about their own agenda, be it business, political agendas and more.

Bell wrote with a rare clarity – and he viewed the broad sweep and the bigger view – while he also dug deep into the issues with an eye for the unheard details or clever lateral thinking.

And I miss his articles. 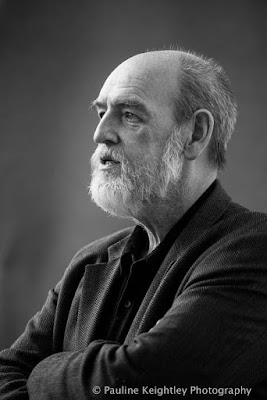 I imagine after the Hillsborough news recently in May and the Justice for the 96, that the dead and the football fans are now free of blame - that Bell would have written articulately, clearly and openly about the rottenness at the heart of many UK institutions. The Yorkshire police are an Old Boys network – for the past centuries the Irish have been seen as second class citizens.

Liverpool has strong Irish connections from its trade to Ireland and not long ago Irish nationals were locked up from no reason. It was dark days when Ireland had to fight so hard to run its own affairs. Why, when Home Rule was put forward before the war? His grandfather's brother James Connolly who was part of the Easter rising.

Someone posted on Twitter – are any of us safe – if the truth can be hidden for 27 years!’
Many British commentators talk of the corruption and dictators across the world – as if they believe in the UK that we are a Beacon of democracy and openess! They truly delude themselves!

I wonder what he would make of the 2016 Scottish parliament Elections and the demise of Labour. What would he say? He was a strong supporter of Scottish independence and he viewed that, as I do, as the only way forward for Scotland. We’ll see. It is time for the SNP to take more charge of the Constitution arguments and ask – what do the Conservatives, Lib Dems or Labour stand for. Tories say they are for the Union – but what kind of union exactly?

People are spoon-fed media lies from the hard right  - and they often fool themselves and believe it.
Then there’s the Chilcot Report due for release July only 2,000 days after the inquiry finished – will this be another whitewash?

Democracy is only achieved with a free press and most of the UK press is now foreign owned and lacks credibility - it is manipulated, sensational, misleading, empty rhetoric, with mainly meaningless innuendo or gossip. I would guess London journalists fear for their careers and have to toe the broadsheet lines. 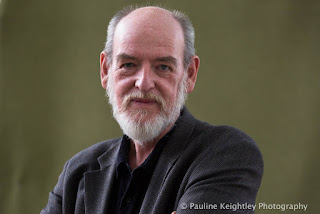 Many years back I kept one of Bells articles on Sense of Place. I cut out articles tto keep that resonate and inspire for future reference. Bell was quite simply not only a great British writer, but one of the best worldwide. He is sadly missed in the world of words.

They say the pen is mightier than the sword and in his case this was utterly the truth .Yeats, Burns prove this.
There are very few voices of Truth – and Bell was one.

Time out of Mind at EIBF 2014 BLOG - http://www.musicfootnotes.com/ian-bell-time-out-of-mind 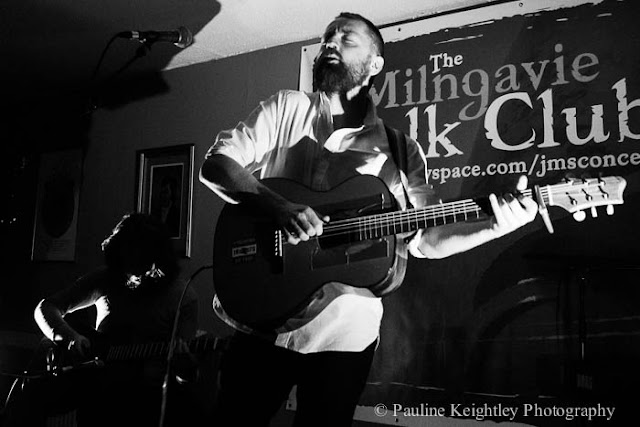 Wilson launched full on into his set with an impressive folk /blues voice and guitar.
His songs included Westeros, Kiss You goodbye, Fear of Freedom along the west coast, Lord I am Grateful, In the Morning (intense and powerful), Rebecca O, Whitechapel, Edina.
And for an encore with Wilson on piano, a tear jerker of a song with Jill Jackson on backing vocals, Nashville Blue, ‘I don’t know how to be in love .‘

He plays folk and old style blues - driven by those moving rhythms and inspired by the likes of blues guitarist John Martyn. Tellingly Wilson has recorded and toured with renowned bassist and also Martyn’s double bass player, Danny Thompson. 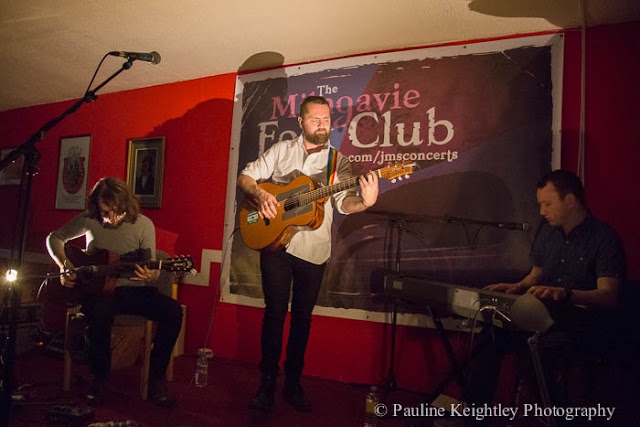 His third album 'THE BIRD IS ON THE WING' was released 2016, to praise from both the industry and from fans.

Vulnerable and open-hearted, he sings with a broken heart and one that fights back. Following in the footsteps of greats such as Van Morrison who fused to great affect folk roots and American blues and jazz.

And yes, when I leave the concert his songs are implanted in my head. BIG FAN!
Shades of John Martyn certainly.  I hope he takes a well earned break too from his busy tour, to recharge those batteries. 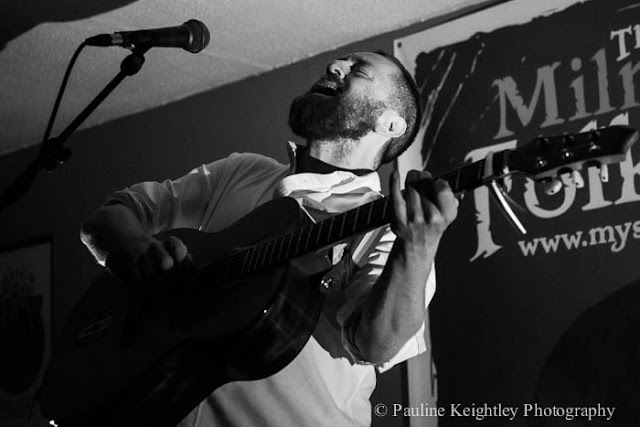 The Ballads Of Peckham Rye, Blue Rose Code’s second record was nominated for the Scottish Album Of The Year Awards (SAY) in 2014  - musicians Danny Thompson, Karine Polwart, John Wetton, Aidan O’Rourke and Kathryn Williams.
'GRATEFUL', the first single from the album was released 2015 and was playlisted on BBC Radio Scotland for a full five weeks. http://www.bluerosecode.com/
Praise has come from A-lister Scottish actor Ewan McGregor. Ewan explained, “My uncle Denis Lawson, (star of Local Hero) gave me a copy of The Ballads Of Peckham Rye, it’s beautiful and I can’t stop listening to it.” 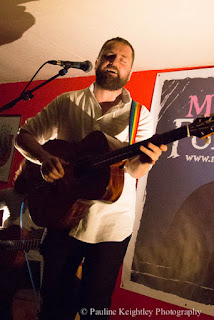 This was a 'two for the price of one' concert with the personable, country voice of Jill Jackson supporting, with excellent songs and a top cover of Carole King's "Will You Still Love me Tomorrow".  She was formerly with the band the Chaplins. 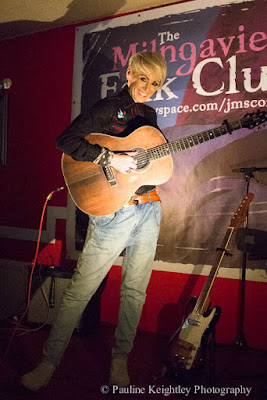