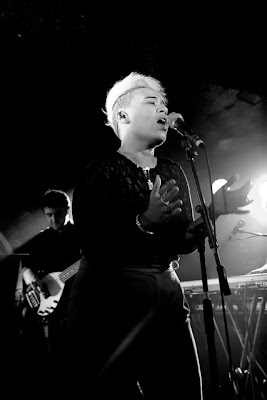 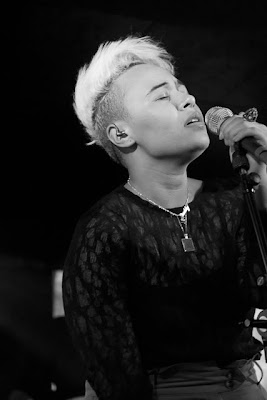 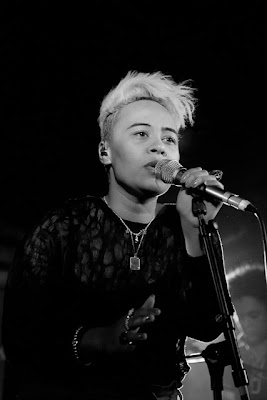 Emeli describes her sound as 'soul with a rockier edge'.  Emeli commands the centre stage with a powerhouse vocal and songs that cover every emotion. She mixes rock, folk and soul influences to produce her own very unique sound. Her gig King Tuts was the last show of her mini-Scottish tour that included , Dundee, and , and they were her first gigs in a while.

She sang her new album songs, as well as her hit singles. I enjoyed the atmosphere of 'Stop the Clock' the moodiness on 'Vegas' and the upbeat vibes of 'Lifted'. Her set also included a medley of her hit songs, including 'Never be Your Woman' (with Wiley 2010) and 'Diamond Rings' (with Chipmunk 2009). She sang songs from the expected release of her first album - 'Kill the Boy' and 'Daddy.' 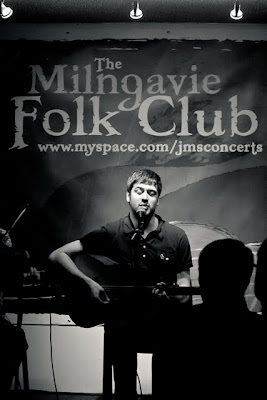 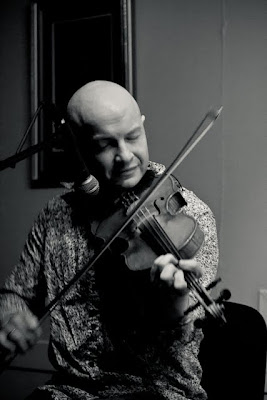 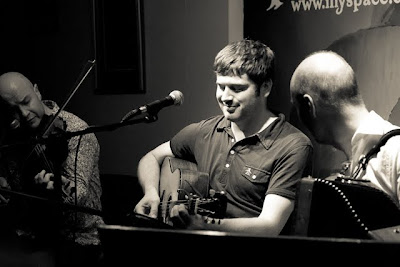 Kris performed his folk songs backed by Scottish folk royalty John McCusker and Celtic festival director Donald Shaw - interspersed with feet-stomping classy folk reels, some written by 'Under One Sky' McCusker. McCusker was on fiddle and Shaw was playing accordion and keys. The highlight songs for me were 'Sweet Honey in the Roll' written by McCusker and Boo Hewerdine, and the song Drever finished his set with - 'Poorest Company' by Woomble and McCusker.
Kris Drever is from Orkney , and he is a Scottish contemporary folk musician and songwriter, who came to prominence in 2006 with the release of his debut solo album, Black Water. Drever also plays in the folk trio, Lau, alongside Martin Green and Aidan O'Rourke and has worked with numerous other British folk contemporaries, including Kate Rusby, John McCusker, Eddi Reader and Julie Fowlis. Lau won Best BBC Radio 2 Folk Awards - Best Group 2008 and 2009. Kris is the son of Ivan Drever, a former member of Wolfstone.

Drever was supported ably by Yvonne Lyon from who has a very good voice.