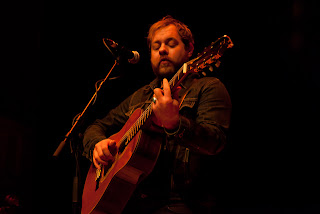 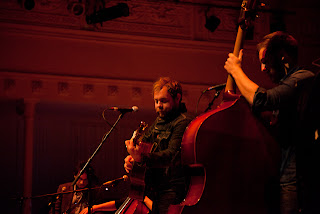 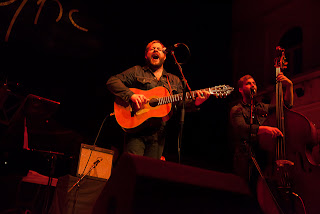 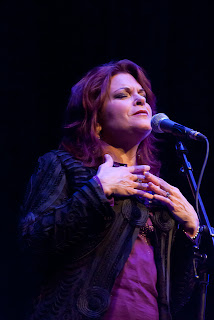 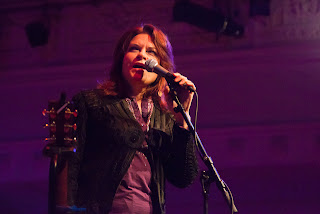 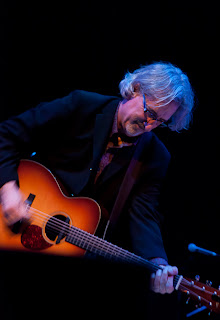 Rosanne took us a heartfelt journey in the Glasgow City halls - over to heartbreak, hope redemption and love.  She travelled with her famous deep-voiced father Johnny Cash and his second wife June Carter, and the Carter family who she toured with as a young teenager and who helped to shape her musical voice.
Rosanne was there at the concert with her husband  - producer, composer and guitarist John Leventhal.  Leventhal provided the perfect backing to Rosanne songs with melodic and blues-filled guitar - and he has produced and written for many famous artists.
Her set consisted of well-known country songs such as 'Ode to Billy Joe'  and also original material by Rosanne.  She started with songs from her well-received album 'The List' released in 2009:  the songs for this album were selected from a list of 100 songs that Johnny wrote for her -  when she didn't seem to know many of the songs that meant the most to him, he went to the back of the bus and wrote this 'List.' Later she realised it was his legacy and tonight she performed from 'The List' album -  'Sea of Heartbreak,' 'Long Black Veil,' 'Girl From the North Country (Dylan),' '500 Miles', 'Heartaches by the Number.'
Then she also performed her own original songs from her 2006 album ' Black Cadillac' album  - 'Burn Down This Town,' 'House on The Lake,' 'I Was Watching You,' and 'The World Unseen.' And also her first hit single 'Seven Year Ache'  - her 1981 breakthrough hit.
For her encore, as it was Burn night, Rosanne sang a Burns song - 'My Love is Like a Red Red Rose', along with Scottish singer songwriter Roddy Hart.  She then finished the evening with a Carter family song 'Bury Me Under The Weeping Willow Tree.'
Cash often wears muted clothes but her 'magenta purple velvet shoes' gave her away!   It feels like she has lived through many rollercoasters, seen bright sides and heartache to be able offer us her moving songs and a voice that can crack and break your heart.
Cash was very well supported by singer songwriter Nathaniel Ratcliff who has a powerful voice.
Read more » 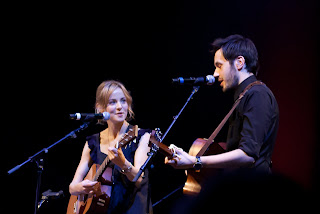 Jerry Douglas - who is considered one of the world’s most renowned Dobro or resonator guitar players - performed at Celtic Connections Festival Glasgow 2011.
For this concert he had two highly accomplished musicians with him - Viktor Krauss and Omar Hakim.  Douglas performed mainly bluegrass and American style instrumental tunes, and also some original material by movie score composer and bassist Viktor Krauss (brother of Allison Krauss) plus one of the most acclaimed drummers Omar Hakim  - and alongside 's brilliant and expressive guitar they provided a creative and dynamic rhythm section.
I first heard Jerry Douglas on YouTube, playing with Union Station who were backing beautiful bluegrass singer Allison Krauss. His playing was of a high quality, accomplished and melodic. Later I saw at the collaborations of the TransAtlantic sessions at Celtic 2008 - where he is the musical director for the Americans, alongside Ali Bain with the Scottish musicians on the left of the stage. In 2009 I attended Douglas's Old Fruitmarket gig where he had a full band with him - and we were treated to a fun night of charged upbeat tunes.  While normally plays a brown Dobro resonator guitar, he also played a white dobro electric guitar which had a higher register and resonance.  Well worth hearing play.
Read more »

Here are a few gigs highlights. 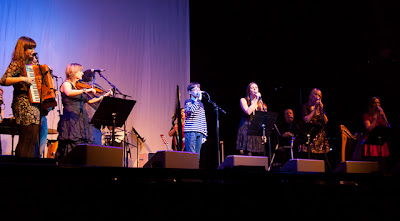 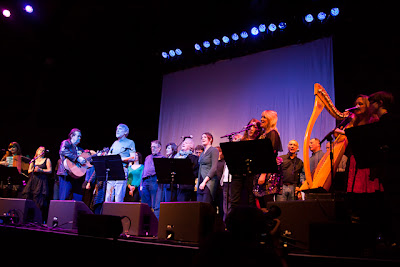 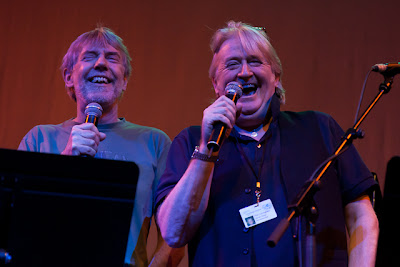 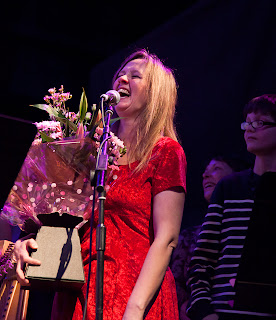 'The Burns Unit' first debuted at Celtic 2009. I took photos at this gig - and was immediately struck by the diverse colourful nature of the young talents of this Scottish and Canadian eight-piece line-up. From well renowned folk singer songwriter Karine Polwart to Emma Pollock of Delgados fame; to 's King Creosote and guitarist AKA pilot to pianist Kim Edgar; to exuberant Canadian Michael Johnston and rapper MC Soom T; and to producer and drummer Mattie Foulds.  I had previously seen Karine perform her emotional acoustic folk songs at several gigs - and to see her pounding those drums ( I assume to initiate her into the rockier rhythms of the band) appeared a big change in direction!
At first glance it appears a disparate while accomplished group with little in common except their love of music and Celtic roots. However they have brought together a unique blending of influences to produce challenging and interesting songs, and they appear to enjoy their musical collaborations.  During their set the mood altered from mainly folk/rock to the dancing Caribbean-tinged rhythms of singer MC Soom T very catchy numbers.
The Old Fruitmarket is full of old-world charms and the perfect venue for this kind of line-up and they appeared more relaxed together. The stand out performances were from singer songwriters Emma Pollock and King Creosote - along with strong vocal harmonies.  Karine performed some of her touching and sincere acoustic guitar songs.
Read more »

Broken Records are a six-piece indie folk band from . The band are signed to 4AD and released their debut album, Until the Earth Begins to Part in 2009.  Their second album Let Me Come Home was released in October 2010. They played a well-received set at T in the Park's T Break stage in 2007.  The band attended SxSW Festival in in 2010 and their music was featured in the TV dramas "Skins" and "Lost". They have supported The National on part of their European 'High Violet' LP tour.  In May the band completed their second album, Let Me Come Home in October, 2010 with producer Tony Doogan (Mogwai, Delgados, Belle & Sebastian)

They played at the Old Fruitmarket 16th January 2011 as part of 'Celtic Connections 2011', and as support for the Burns Unit ( an 8-piece Canadian and Scottish folk/rock band formed over a song writing week in a cottage up north for Burnsong).
Broken Records displayed a tight accomplished unit and blasted through their set. Not many bands command the stage - and Jamie, along with his brother, often appear lost in their rocky yet Celtic-tinged sounds as Rory's violin adds at times an eerie haunting air. Their music moves from intimate piano ( the Promise) to charged violin and drums rhythms (new single A darkness Rises Up). Jamie finished their set with the song 'Nearly Home' with simply his vocal alongside synth keys. Their songs are mystic, exploring many wide-open and spacious emotional themes.
The band were originally formed by brothers Jamie (Lead Vocals) and Rory (fiddle, accordion) Sutherland.  I have heard this band before - and noticed then their musicianship alongside memorable songs and energetic playing, and that Jamie used his vocals as a finely tuned instrument.  They have now shed the cello and worked on arrangements and their second album sounds so much more together and balanced.  I heard this band at several venues and the best was in the reverential setting of the Queens Hall Edinburgh - where they blasted through a set of strong songs in the packed converted church that left me enthralled and exhilarated.
Aching and troubling yet uplifting sounds.  They tour and in 2011.
Set List
1. Leaving Song
2. Modern Worksong
3. Motorcyclce Boy
4. Wolves
5. A Darkness Rises Up
6. A Promise
7. You Know
8. Nearly Home 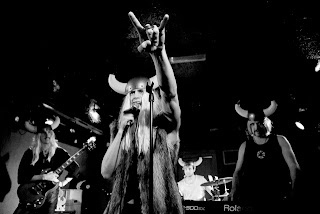 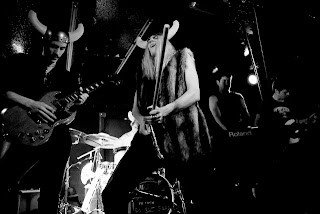 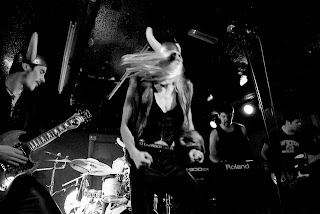 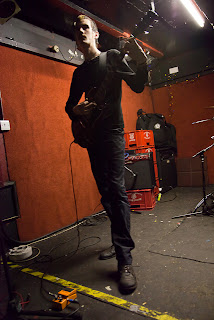 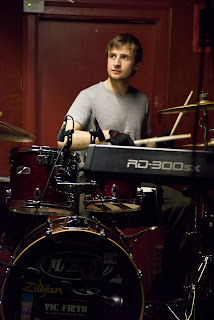