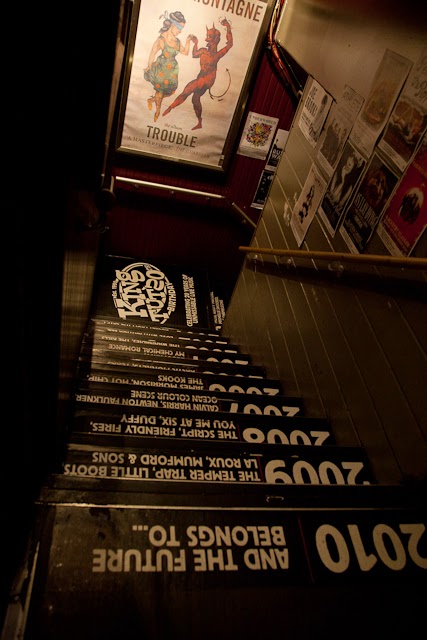 I have enjoyed some of my favorite gigs ever there. – many fun bands and singer songwriters over the years. 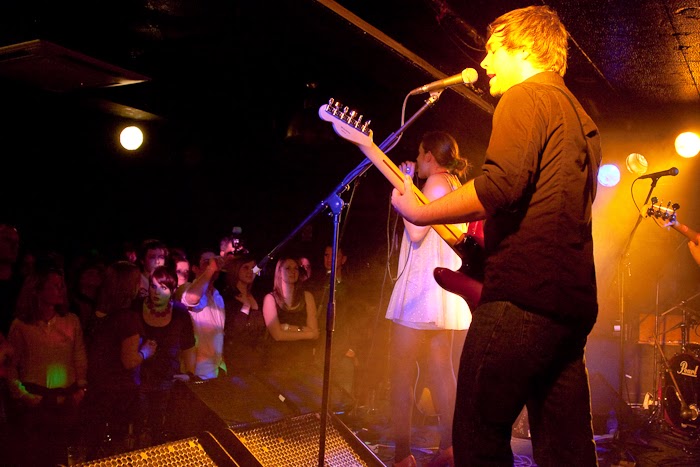 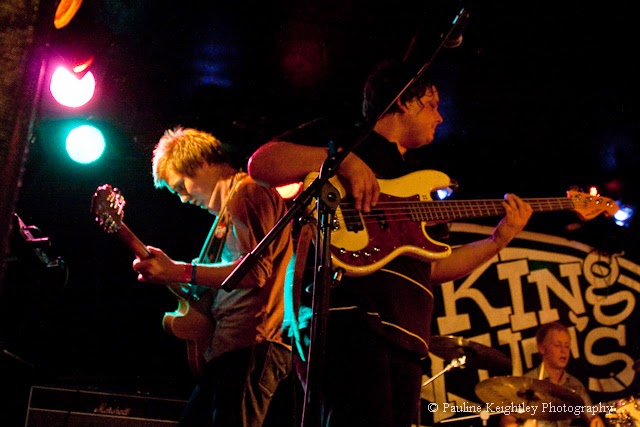 Emeli Sande played at King Tuts in 2010, where I met her and had a nice chat at her sound check, it was such an honour to chat about her music then. She was very petite and focused on her music. I never imagined one day she would play the Royal Albert hall though I knew expectations were high for her even then.

Many now famous bands over these years have played here – such as The Killers, Oasis, Poalo Nutini and many others. 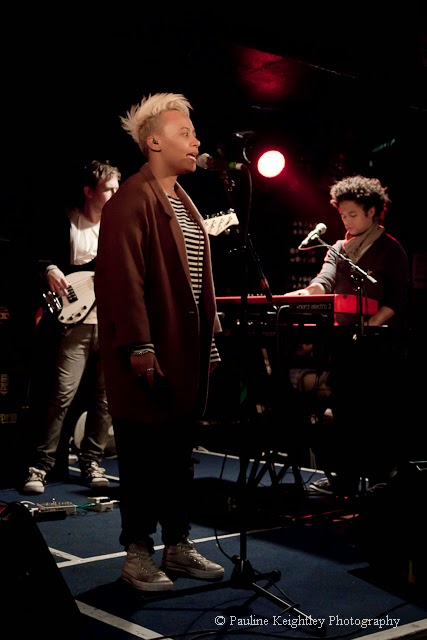 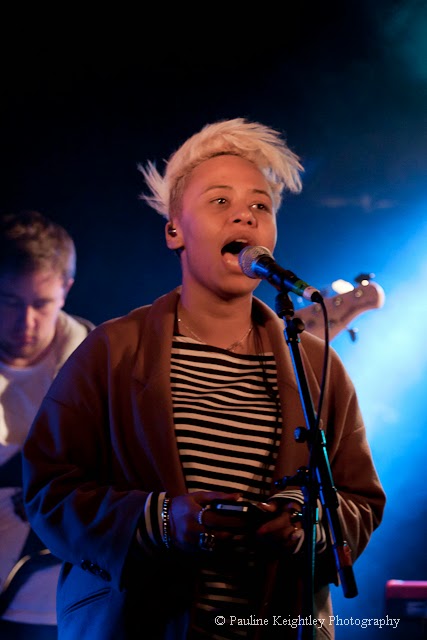 Another thrill also in 2013 was when my son's band, Viking Galaxy, played here! 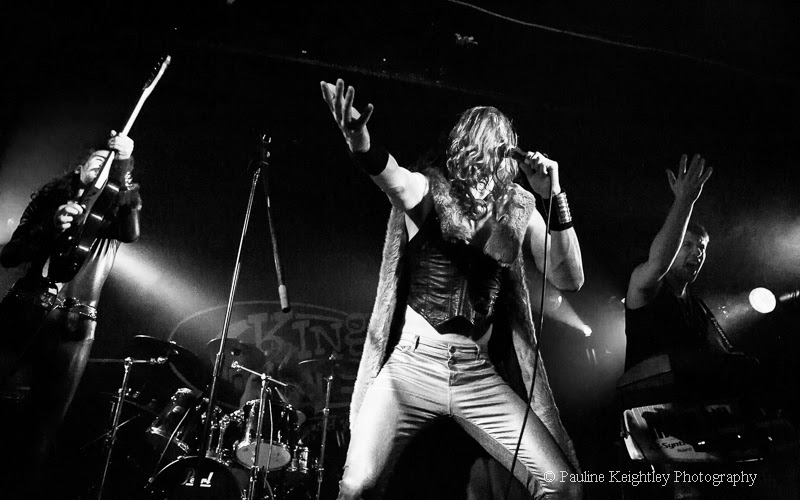 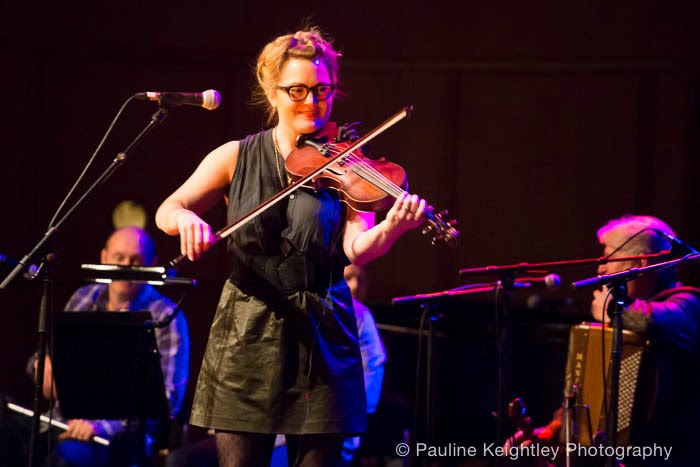 Every year at Celtic I am astonished by the musical talent in Scotland and beyond. I wish the festival might not end (!) while I know it must!  It is intense, challenging, rewarding, varied, colourful with packed out halls and venues all over Glasgow.

Some GREAT Celtic Connections concerts this year and even better than last year!  How can they top things year on year!  The high quality of the sound, lighting, great audiences, quality musicianship, exciting new younger musicians, the collaborations, beautiful singing. The festival is so enriching and obvious the care and thought  that goes into bringing it all together. 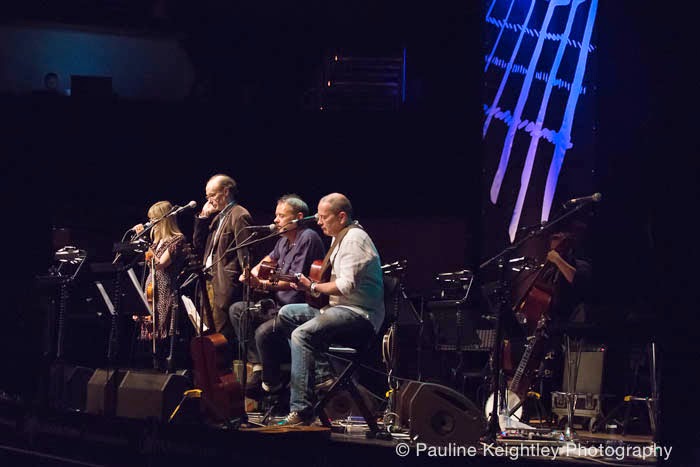 The opening concert this year was just epic and a premier one off!  The Concert hall concerts are at 7.30 and if I'm doing photos I need to be there before 7, so I go into the open mic for some nice live music beforehand. There are also very fun ceilidh bands at the wonderful Old Fruitmarket venue, which are usually later on and start about 9.30 or 10pm - I sat beside Eddi Reader at one!  It is fun to pass all the familiar faces each year - Donald Shaw, Rab Noakes, Phil Cunningham, Roddy Hart and others. 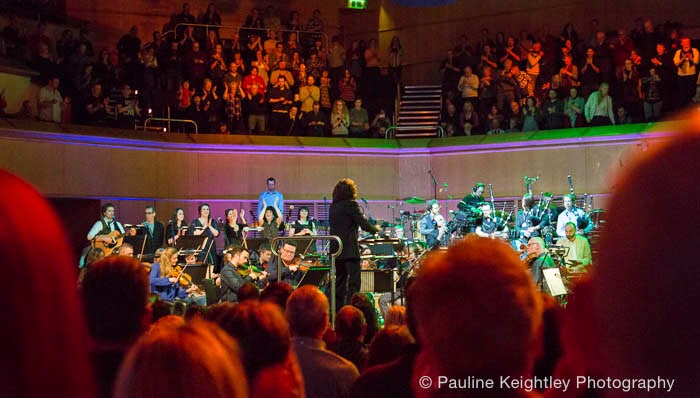 -Thankfully I did not miss the awesome Opening Concert Nae Regrets - We were treated to an outstanding opening concert!  Highly innovative. Multi-talented, multi-layered orchestra. Put a smile on my face. -The Martin Bennett epic one off opening concert - so worth watching in BBC iplayer.  Martyn Bennett's 2003 GRIT was given its live premier with a colourful score by composer Greg Lawson and the concert proved one of the best events I've been to at Celtic Connections music festival.
Bennett was a Scottish musician and composer and the concert marked the tenth anniversary of his untimely death at the age of thirty-three - poignantly he wrote the album while he was dying of cancer. The album offers a musical journey - producing pounding bass rhythms, hesitant strings, gradual and also unexpected crescendos, brass epic grandeur, haunting Gaelic voices, thematic stirring pipes and also humour. The Grit album is about pushing the boundaries and limitations. The orchestra of over 80 musicians on the Glasgow concert hall stage tonight consisted of mostly younger folk, jazz and classical musicians. I expect they enjoyed playing a new piece that felt contemporary yet drawing strongly on past traditions. Conductor Greg appeared overcome as he reached the summit tonight, after years in the planning and he commented that he needed a crash helmet as it felt like his head might explode! 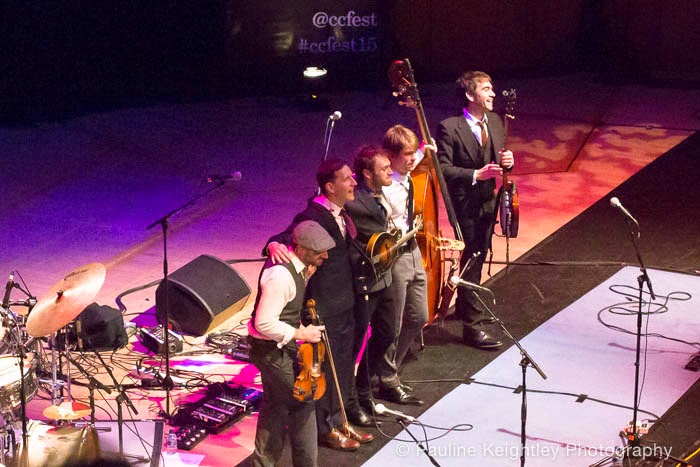 ALSO...The festival always ensures such a high standard of concerts. When the brochure arrives it is always a challenge to select which concerts to attend - especially over the busy weekends when there are often several events on on the same evenings. Also this year there was such a heavy snowfall on the first Friday that I missed my first Old Fruitmarket gig, Horizons, with Kate Rusby and Karine Polwart and others. I made up for it though by enjoying the wonderful Fruitmarket venue on the Thursday for the fun ceilidh bands - the highly accomplished and entertaining Alan Kelly Gang and Braebach,  alongside the soothing New Zealand sounds of Horomana Horo. 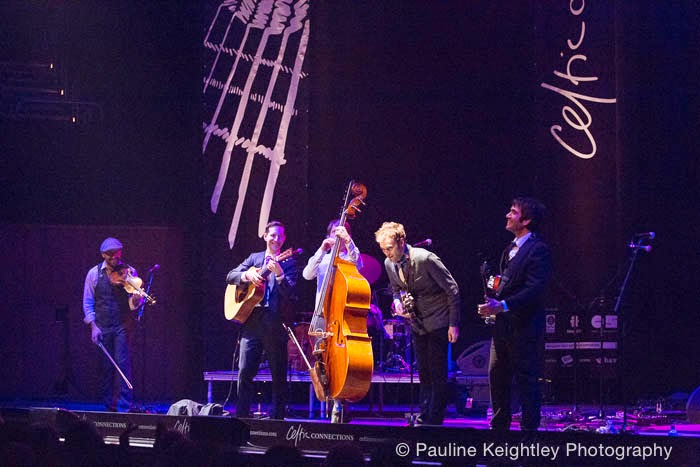 Top events for me this year included  -  The Craig Armstrong concert of his film music with full orchestra was incredible - he wrote music for Romeo and Juliet and the Great Gatsby and more. New album out, wrote this -  https://www.youtube.com/romeoandjuliet
The Punch Brothers were delightful with their high tempo banjos, quality acapella vocal harmonies. They are a contemporary American bluegrass band and they sang on the Coen Brothers 2013 film Inside LLewyn Davis (cool movie). The concert for the life-affirming songs of folk revivalist Ewan MacColl, with Martin Carthy, Jarvis Cocker and Paul Buchanan. On top of all this it was a huge treat to hear live the powerhouse voice and music of legend Van Morrison. Mind-blowing. And not to forget the perfect concert with the Transatlantic band. 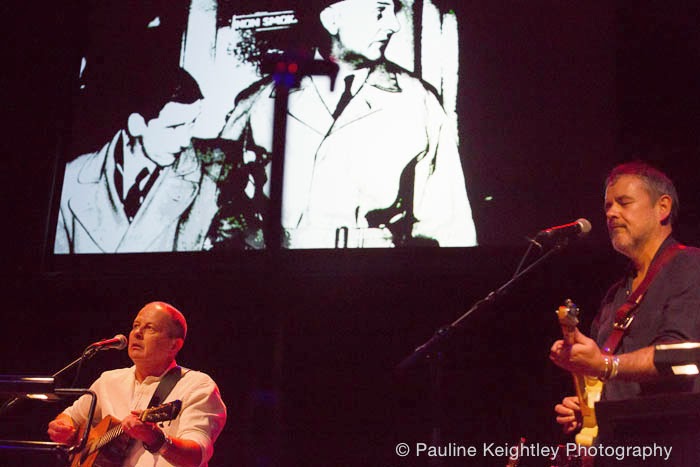 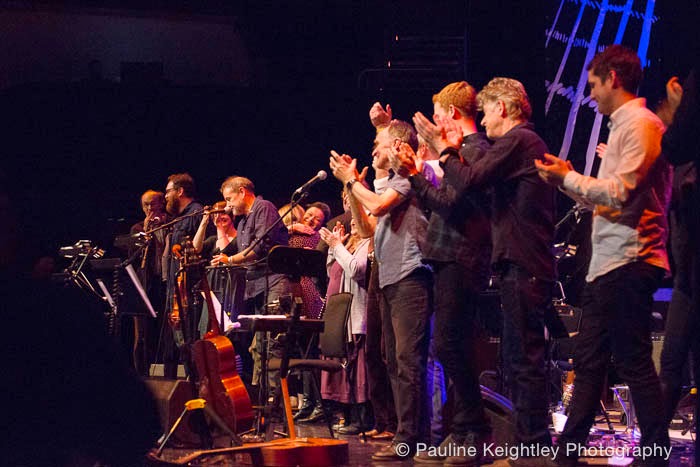 Celtic Connections 2016! will be announced in October 2015 when the popular concert hall concerts sell out quite fast. Much depends what kind of concert you prefer - dancing ceilidh, singer songwriters, traditional, indie, world music, Americana or other... Karine Polwart, Eddi Reader and Julie Fowlis are all great singers.

There are pure traditionalist who believe in keeping traditions alive (such as Ewan MacColl, Dick Gaughan). There are folk musicians who believe the genre needs to be taken forward - such as the incomparable Martyn Bennett (what a loss of talent). I believe there is a need for both strands to run side by side, for the roots and traditions to build on but also the need for creativity and inspirations. This festival is for those who don't want their music brought to them by big media outlets or by Radio One. 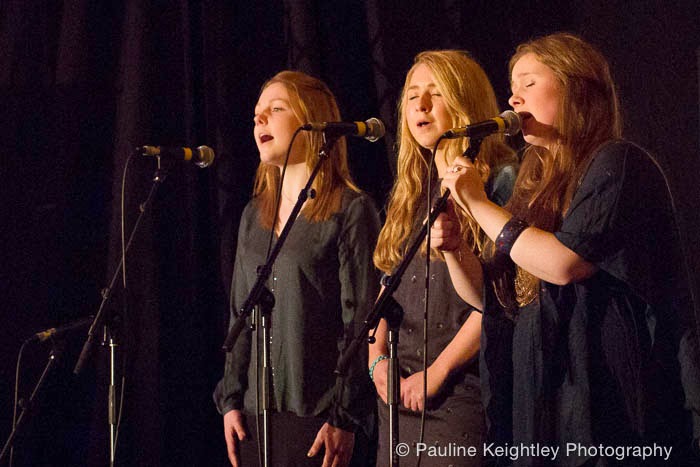 A massive thanks to all the welcoming media and artists who come together to make this such a vibrant festival. Back a couple of decades ago it would have been unthinkable and only a dream that folk musicians might one day play to packed out concert halls. In no small part all this is thanks to those who worked for the folk revival both here and in the US - including Ewan MacColl, Pete Seeger, Bob Dylan, Woody Guthrie, Dick Gaughan and others.

This is my eight year (where does time go!) covering Celtic and the festival gets better year on year. it's culturally a great boost for Glasgow.
All in all yet another wonderful 18 days of Celtic music to warm the days and the soul..
http://www.celticconnections.com/Pages/default.aspx
*Another note. Celtic Connections festival is also run by a Scot, Donald Shaw, who is from south of Oban, which is unusual (or rather unique!) in itself, as most major creative arts post in Scotland are held by non-Scots.  No Scot has been head of the Scottish National theatre or Creative Scotland.

Once the regenerating resurgence of the 60s and 70s social mobility meant a vibrant and energizing arts creativity. There was a wealth of working class musicians who listened to American blues artists and realized that anyone might aspire to pick up a guitar and play rock and roll.

Sadly this is not so today. I wondered a few years back over more recent UK bands that hailed from middle class and upper middle class backgrounds - such as Mumford, Coldplay and others - have been squeezing out those young people not so favoured.

It appears I am not alone thinking these thoughts. Scottish actress Elaine C Smith writing in the Sunday Herald, “Does it matter if UK culture is increasingly dominated by a privately educated elite? You bet it does.”
‘there is no doubt that the old guard are back in charge, with a wealthy, privileged, white, male, privately educated elite dominating our arts, film and TV. The big problem is that for young people today there are few opportunities if you attend a state school

I lived in the US for ten years where I noticed that the tv soaps were never about any divisive 'them and us' class system. Today in the UK we have either posh TV soaps such as Downton Abbey  -  or working class soaps like Eastenders.

Notably recently several of the new younger actors are from privileged backgrounds, such as -
Benedict Cumberbatch, Eddi Redmayne, Domimic West.

We have Oxbridge graduates coming up to Scotland to run The Scottish National theatre and Creative Scotland, as well as other major cultural events here, who don’t have grounding in what Scotland is about. In fact a Scot has never run these major Scottish creative bodies (to my great surprise!). I don’t suspect that France would wish to have Germans or Americans running their culture!

Question remains – who is in charge of our arts – universities, galleries, theatre companies, festivals, opera, ballet and so on. And do we need outsiders telling us they know better how to develop our culture?

And no, this is not about the politics of envy, as James Blunt suggested, but rather that this stifles and misrepresents culture. This is also about providing for cultural diversity.

Scottish actor James McAvoy expresses his concern: "As soon as you get one tiny pocket of society creating all the arts, or culture starts to become representative not of everybody, but of one tiny part, and that's not fair to begin with, but it's also damaging for society."
Benedict Cumberbatch attended boarding school Brambletye School
Eddi Redmayne attended Eton.
Domimic West also attended Eton and Trinity college.
Chris Martin boarded at Sherborne School, a boys' independent school Dorset where he met future Coldplay manager Phil Harvey.
Mumford attended private school King’s College School Wimbledon.
James Blunt was educated at private school Harrow.


There are around 2,500 independent schools in the UK, which educate around 615,000 children, being some 7 per cent of all British children and 18 per cent of pupils over the age of 16. yet those from independent schools dominate at Oxford, Cambridge, government, and other leading roles. A big part of this is confidence and networking. 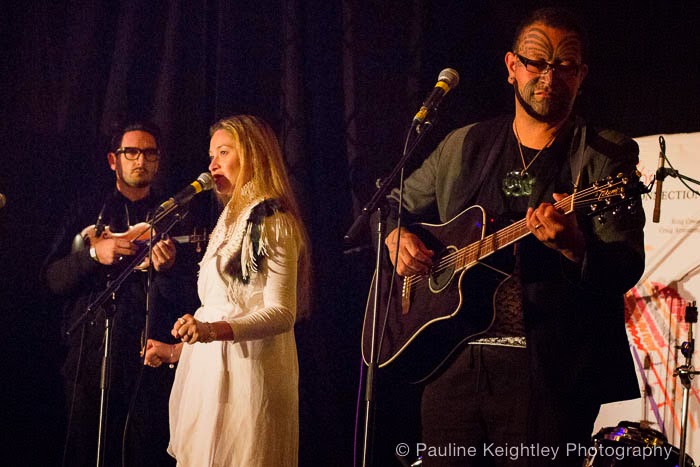 The Late Sessions Stage at Celtic Connections 2015 - the concerts were held at the Glasgow concert hall this year, from 10.30. The events are one of the festival highlights and are held over the festival weekends. Earlier the Danny Kyle open stage is held here too , and are an opportunity for new musicians to showcase their music. You can be lucky and find outstanding artists here and spend some delightful time with live music! One of my favourites! at the festival.