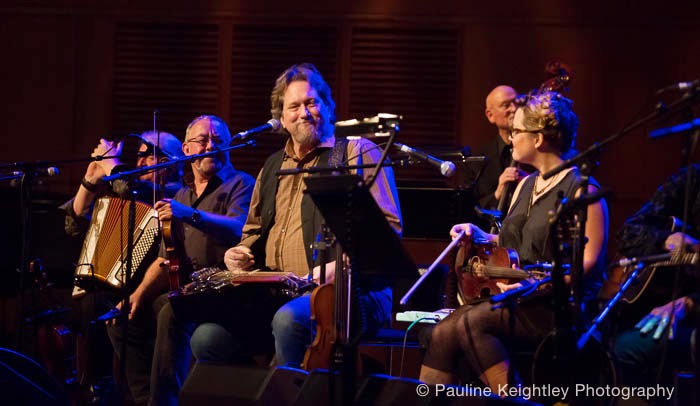 The Transatlantic Sessions is the final weekend for Celtic Connections and the biggest sell out draw.
The mix of American bluegrass and country music, sits alongside the Scottish fiddles and flutes so well. Mesmerising. This concert is led by two highly skilled musicians - Shetland fiddler Aly Bain and American world class Dobro (resonator guitar and lap steel)  player Jerry Douglas, who has worked with the likes of Allison Krauss, Ray Charles, Paul Simon, Dolly Parton and many more. 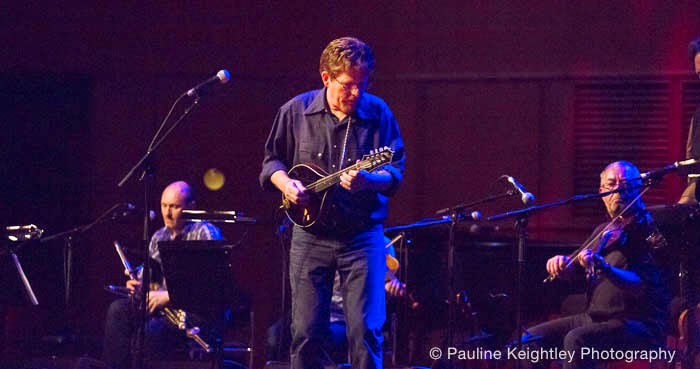 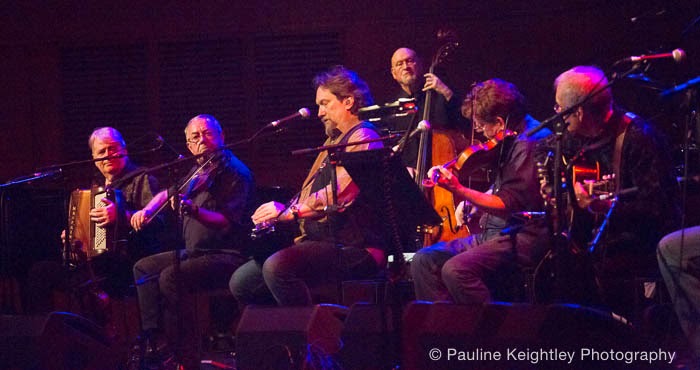 Fiddler Aly Bain plays with comfortable and assured playing, he iss a pleasure to hear. Douglas plays melodically and expressively - and he is also a joy to hear! Indeed I agree with the lady behind me at the gig who commented that Douglas's solo after the interval was her favourite part of the concert. Another big favourite is the Scottish tunes, going by the audience response, which was led by Aly Bain and his long time musical collaborator on accordion and piano, Phil Cunningham.
On top of all this the band as usual had invited a quality cast of singers to join them in 2015. It must be wonderful to sing with such a class backing band!  They included this year - Kathleen MacInnes, Sara Watkins, John Smith, Patty Griffith, and Rodney Crowell. Crowell was the star attraction this year and he year and he has won two Grammy awards – for the song After All This Time and for his 2014 album Old Yellow Moon.

After Celtic Connections the Transatlantic band tours to Newcastle and London.
Tune Waiting for the Federals,
Tim O'Brien - You Were On my mind Today and Cowboys Life.
Sara Watkins - Take Up Your Spade, You and Me.
Dirk Powell  - Down The River I Go.
Kathleen MacInnes snag Reul Alainn.
Tunes - Lochinside/Wedding Reels/ Crarae
John Smith, Freezing Winds of Change
Russ Barenburg, Miles To Go
Patty Griffith - Cold As It Gets, Mom and Daddy Waltz.
Tunes, Whalley Range set.
RodneyCrowell - you know How much, Flyboy and The Kid.