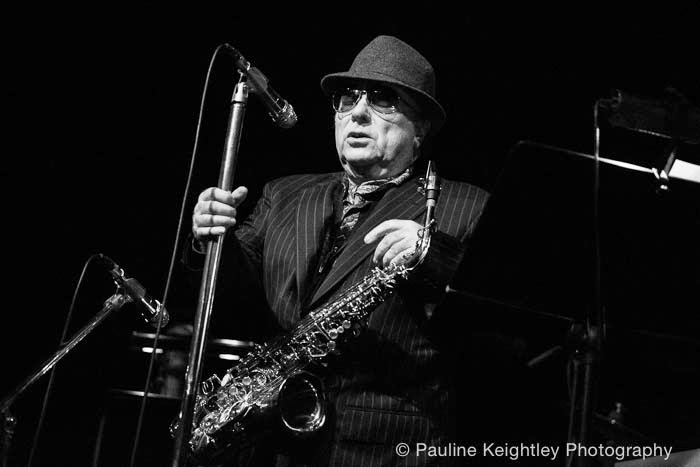 Morrison commanded the concert hall stage on the jazz and soul highway - a truly jazz inspired Celtic soul and all the way from Belfast city!

Morrison grew up with his Dad's record collection, the largest in Northern Ireland, (acquired during his time in Detroit in the 50s), and he learned from the likes of - Ray Charles, Lead Belly and Solomon Burke  -  of whom Morrison said,  "If it weren't for guys like Ray and Solomon, I wouldn't be where I am today. Those guys were the inspiration that got me going. If it wasn't for that kind of music, I couldn't do what I'm doing now."
The records exposed Morrison to many genres – the blues of Muddy Waters; the gospel of Mahalia Jackson; the jazz of Charlie Parker; the folk of Woody Guthrie; and the country music of Hank Williams. 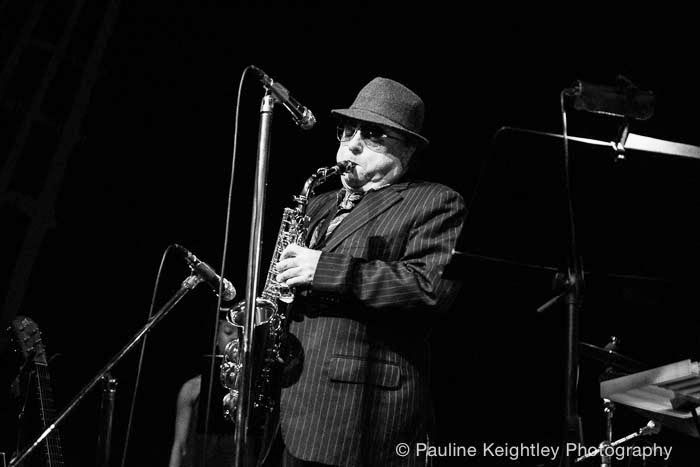 When you have listened to an artist over many years it is quite strange to hear and see them live. There was that high level of eager anticipation in the concert hall air to see and hear one of our musical legends.

He was in good voice and the sound mixing and band sounded just right. His set included sultry trumpet and sax solos. Morrison orchestrates his band, who framed him, with Strong arm conducting movements. He performed his soul-filled songs Please Don’t Go, Parchman, Don’t Stop, Moondance, Magic Time and a poignant Sometimes We Cry. He also sang a lovely cover of a Ray Charles song, I Can't Stop Loving You.
His band were tight and highly impressive while I did at times wish his guitarist on his right might have turned more to the audience as I enjoy seeing the musicians play too. There was no chat between his songs, then again Morrison's songs speak quite clearly for themselves.

Van's music is smoking, sexy, smooth toned, sultry and also gravelly – he has a powerhouse voice and uses it to great effect like his saxophone.
de-de-da-de-da; lonely, lonely, lonely flying, sighing; you know, you know; do-wop, do-wop,
Summer breeze in the garden, within the silence, 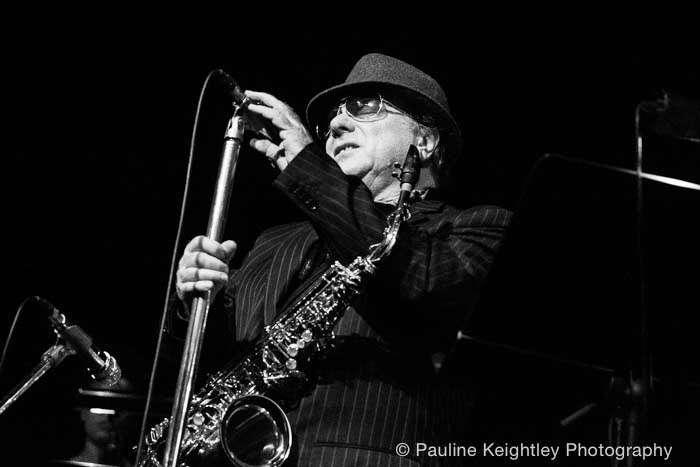 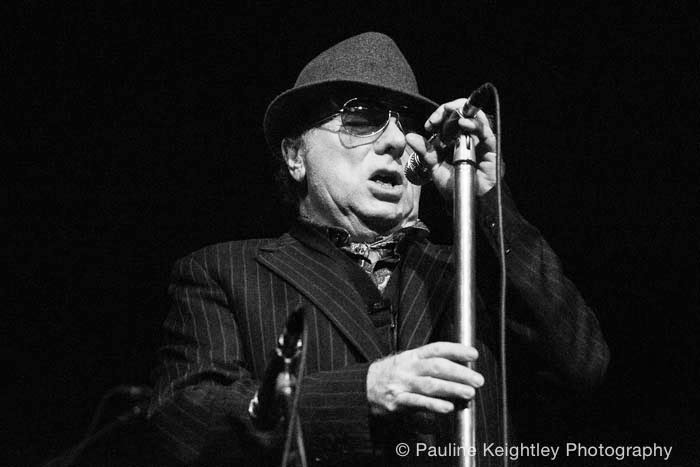 His musical narrative on tracks can be lengthy and spontaneous, even rambling, following his different influences - from Celtic tradition, jazz, blues, gospel and country music.

I was happy he finished his set with his - Into The Mystic and Ballerina - after which he slipped off as he continued to sing to the side of the stage….and once again he was gone gone gone as quietly as he had arrived...... while the powerhouse of his musical voice lingered long after.....

He was well supported by gospel singers the McCrary Sisters.

Morrison has received six Grammys and been inducted into the Rock and Roll Hall of Fame and the Songwriters Hall of Fame. He continues to record and tour, producing albums and live performances that sell well and are generally warmly received. In 2008 he performed Astral Weeks live for the first time since 1968.