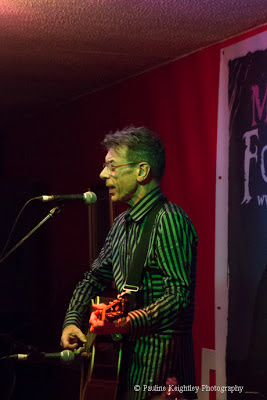 For a man who's been touring for a very long time Rab Noakes looks fit and well. He was asked how long had he been singing in front of people and he answered that he thought it was about 60 years but that it seemed like no time at all. In fact 'it didn't too seem a day too long.'

Noakes guitar playing is both melodic and assured. He has written many memorable and thoughtful songs, that are sometimes full of pathos, over his career in music - such as Branch, Eden's Flow, Clear Day, Together for Ever, and Turn a Deaf Ear. He mixes folk, blues and rock n roll styles. He played with well known Scottish singer songwriter Gerry Rafferty in his pop-folk band Stealers Wheel in the early 70s. I first heard Noakes songs in my twenties when we had singing sessions and his songs were always favourites for harmony singing.

During his long career there has been influences by a wide variety of music from skiffle to the Rolling Stones. He mentioned guitarist Dot Watson, who was his first reference point, and said that he enjoyed 'rootsy' country music rather than 'pop' country. He saw The Rolling Stones in 1964 at the Barrowlands and explained that in their first albums they were gatekeepers for many to interesting blues artists, such as Rufus Thomas's 'Walkin The Dog' which Noakes performed.

Noakes had an older wooden guitar with him as he likes to use different guitars for different melodies. His latest album 'I'm Walking Here' will be Tin Pan Alley and 21st century Skiffle Music.

Noakes enjoyed sharing his fond memories of his musical career and had many interesting anecdotes. He remembered phoning Dylan's manager about the old Scots songs that Dylan sang on his Bootleg album in 1961. He frequently mentioned Gerry Rafferty, whom he remembered with great affection and said when he first met him he was an unassuming young man from Paisley with all these outstanding songs. Noakes explained that Rafferty often used the day as a metaphor for life in his songs. He spoke of the Humblebums' Concert at the City Hall in 1969 and how after Rafferty died in January, 2011, he strummed a guitar melody about the loss for a long time. Eventually, while at an art gallery in London, Noakes wrote words that seemed to work with the melody on his smart phone. The song was the poignant 'No More Time', which Noakes performed in his second set. 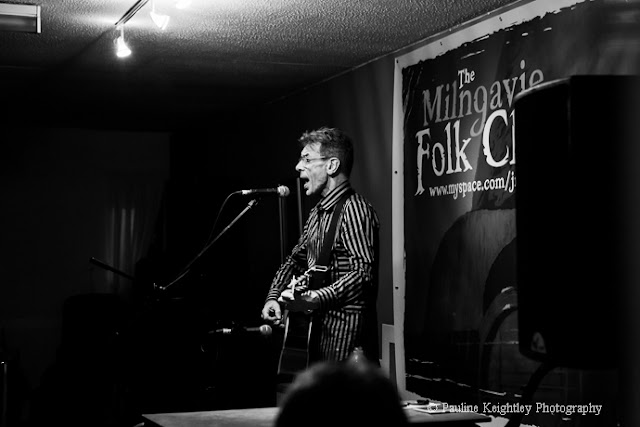 He spoke of the recent loss of another legend, Scottish singer songwriter Michael Marra. He described Marra as a master of location and brevity, with words that resonated wider. He performed Marra's 'Oh No More Will I Roam No More, It's Over.'  Noakes is organising a concert in Marra's memory for Celtic Connection 2013 called 'All Will Be Well'.

During the interval a fan asked Rab to sign his vinyl of Red Pump Special, and Noakes reminisced about the day the photographs for the back cover were taken in Edinburgh.

SET (1). Brighter blue, Blues Around Me Now, That's the Way the Whole thing Ends, Out of The Blue, Walkin the Dog, Branch, Light in my Heart, Seeing is Believing, Turn a Deaf Ear,
SET (2)  Highway To Take Me Home, Absence, Goodbye, Oh no more will I roam no more, it's over, ( Marra), Bye Bye Blackbird, No More Time, Moonlight and Gold, That's the Way the Whole thing Ends, Encore: See what booze has done for me, Mississippi,

Rab is quiet and unassuming, and his demeanour, look and sound remind me of Buddy Holly and those 'Americana rock n' roll week day blues'.  He hails from St Andrews.
I especially enjoyed his song Gently Does it (Standing Up album 1995). He is a big Dylan fan and for his encore sang a excellent version of Mississippi. I was pleased my son came and he has been playing this song since the gig.  Nice to hear!

Noakes says music is all about the dialogue and more about performing than simply the song. He spoke of those residency night gigs were artists can learn their craft in front of the live audience and the live performance when 'flying' in the heart of the music toughens you up and you have to learn loads of songs. He played in Denmark 6 nights a week. (I hope those residency nights are not in the past with those large tv screens so prevalent in bars nowadays?) Noakes now runs his own production company Neon.

It seems to me that these intimate venue gigs enrich and soothe the soul. His new album will be called I’m Walking Here – and will be Tin Pan Alley, 21st century Skiffle Music.

Noakes was supported by Colbeg, 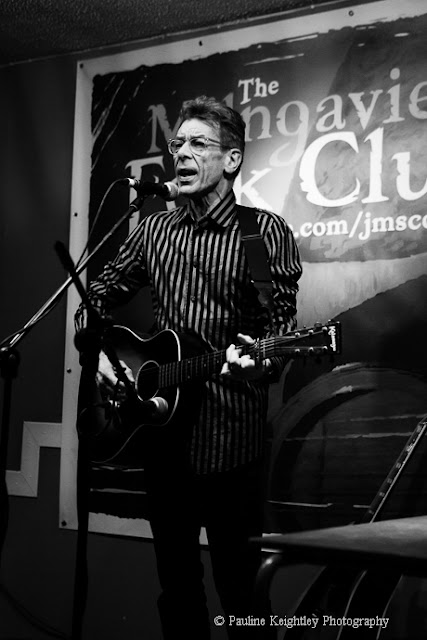 It is fun for me to follow the older folk tunes and folk artists alongside the newer pop music songs. I begin to wish some of these older folk artists would collaborate more with the younger musicians.


A two way street though. Experience and wisdoms might be passed on and the energy and enthusiasms of the younger artists could inspire and innovate. Mumford have cleverly mixed dance rhythms with folk tunes to great success.
Gently Does It

And a few years ago you'd been on this road so long
Now they're building a highway to take you home
Gently does it for a change
I used to think you were just like a mountain range
Your big boots stomped where small men feared to tread
I can hardly believe what I've just read
They say you can't travel any more
But you've got the key to a new front door
And don't you know 'cause you once said it all
When you stand so high you've got so far to fall
Not everyone can look you eye to eye
'Cause you get difficult, dangerous I'm damned if I lie
But we all pay the price
And they place your ante high.

Rab Noakes is a Scottish singer songwriter. He has performed with Lindisfarne who recorded his songs "Turn a Deaf Ear" on their first album and "Together Forever" on their second. Noakes also sang backing vocals and played guitar on the first solo album by Gerry Rafferty, Can I have my Money Back, and became an early member of Stealers Wheel, although he left them before they recorded their first album. Noakes best-known recording, "Branch", was released as a singles in the summer of 1974 from his album Red Pump Special, and attracted considerable airplay on BBC Radio 1. Noakes became the senior producer for music programmes on BBC Radio Scotland. He left to create the production company, Neon. His album Unlimited Mileage, with the Varaflames, was released in2007.