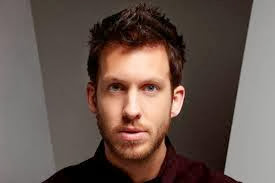 Calvin Harris is one of Scotland’s biggest contemporary artists and one of the world’s biggest DJs.  Harris has collaborated (written and produced) with the likes of Rihanna, Kylie Minogue, Dizzee Rascal, Example, and more. He holds the record for the most UK Top Ten Hits songs from a studio album. He has won numerous Brit, NME and MTV music awards plus the Ivor Novello Award 2013.

His latest collaboration is with DJ Alesso and features Theo Hutchcraft of the band Hurts with the song Alesso feat, Under Control. Hot tune from Alesso and interesting vibe with Theo’s strong haunting vocal and Harris’s dance beats.
Calvin Harris and Hurts - Alesso Feat – Under Control.  http://www.youtube.com/watch?v=yZqmarGShxg&sns=em

Adam Richard Wiles, known by his stage name Calvin Harris, is a Scottish DJ, singer, songwriter, and record producer.  His gold selling debut album,  I Created Disco, was released in 2007 and contained the top-ten singles "Acceptable in the 80s"and "The Girls".
His second studio album, Ready for the weekend (2009), reached number one on the UK albums and includes the chart-topper "I'm not Alone", the UK top-five hit "Ready for the Weekend".