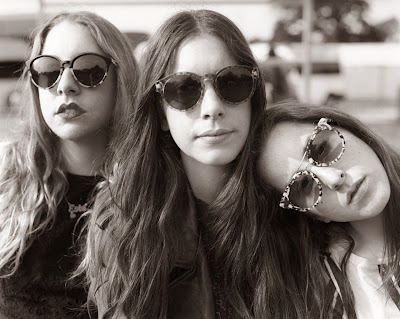 The three LA Haim sisters grew up with rock n roll and so their sound draws heavily from 70s and 80s pop rock.
I like that they are playing basketball in their Save Me video and that they look good without having to totter around the stage in enormous heels the way most girl bands do. They actually play instruments too (!)  - Este plays a mean bass guitar, Danielle energetic rocking guitar and Alana dynamic fun rhythms on percussion, drums and keys.

Their first album title, Days Are Gone, has been receiving mostly good reviews. They are strong vocally and all four singles are quality funky indie rock pop (Don't Save Me, Forever, The Wire, Falling). The track Go Slow shows a bit of an XX influence. The later tracks veer slightly into a poppy sound and with Let Me Go reminiscing for 70s rock. 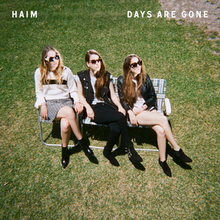 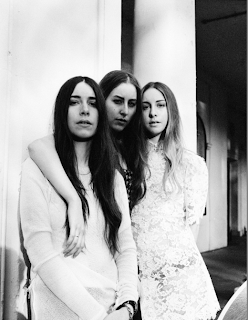 Otherwise the girls write and produce their own material and do it well. I would prefer that they stuck to the raw rock sound that they play live. I like their fun energy and new sound vibe.
I saw them play an upbeat and cool gig at Glasgow's SW13 venue last May, where they did a rocking version of early Fleetwood Mac's Oh Well. They also played Glastonbury 2013 and other UK festivals and they topped the BBC's Sound of 2013.  I noticed them firstly on the Jools Holland tv show earlier this year and I thought they played a distinctive rhythm that made them stand out.   http://haimtheband.com/ 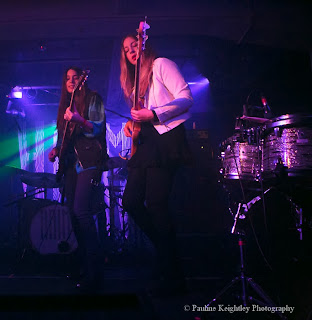 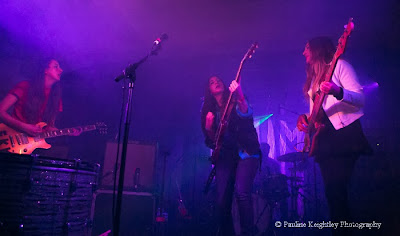 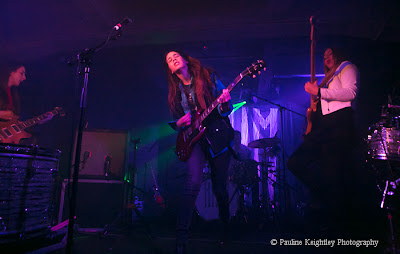