A night of Music and Words. This evening was a highly successful one with Scottish voices. Galloway has written a book 'Songs in the Key of Fife.'  He spoke of the creative people and places - was it the coastline of Fife or that you use your imagination of die he wondered. 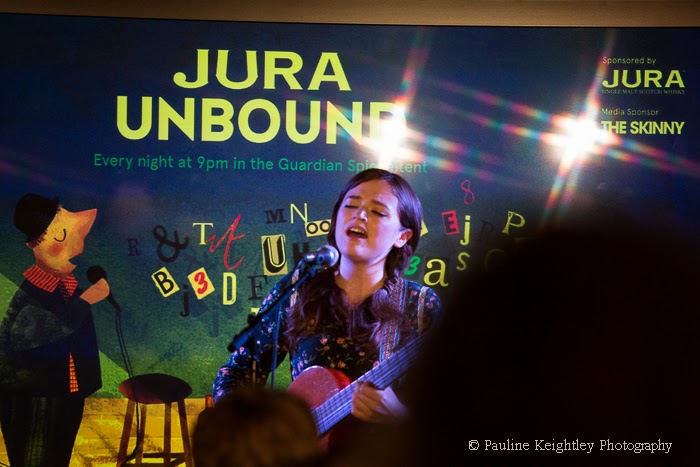 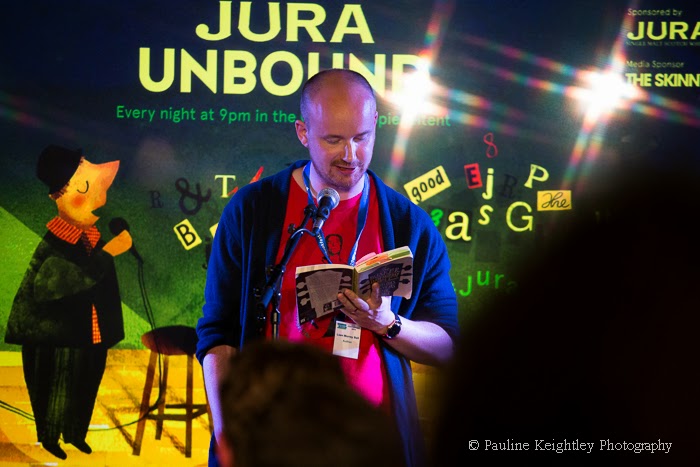 Andrew Mitchell of the Hazy Janes began the evening at the Jura Unbound at Edinburgh International book festival 2014, with a strong set of songs on both piano and guitar.  We were treated to powerful and moving readings by authors - Anneliase Mackintosh, Kate Tough and Liam Murray Bell.
Later we had the beautiful voice of Scottish songstress Siobhan Wilson.


Michael "Vic" Galloway (born 4 August 1972, Muscat, Oman) is a DJ on BBC Radio Scotland and BBC Radio 1, Galloway presents a self-titled show on Radio Scotland (formerly known as Air) every Monday from 8:05pm-10pm and does the BBC Introducing Scotland Radio 1 programme Wednesday evenings/Thursday mornings from 12:00-2:00am. He presents BBC Scotland's T in the Park television coverage every summer and has also presented the station's The Music Show.