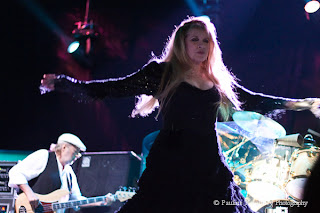 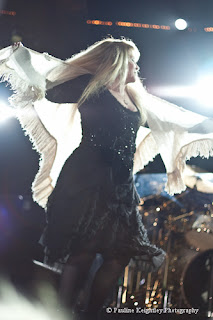 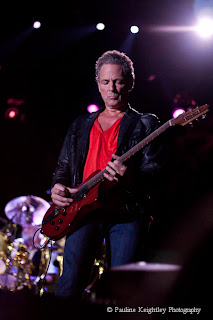 It was a thrill to see Fleetwood Mac live in 2010 at their Glasgow gig! I remember listening to their Rumours album often and I loved the edge and rock n roll in Stevie Nicks voice and songs, and the stirring voice and piano of Christine McVie. They consisted of two couples; English Mick Fleetwood and Christine McVie, and Americans Lindsay Buckingham and Stevie Nicks  - which brought together British rock and Californian singer songwriter cool. The ensuing sexual tensions led to their most successful and ‘before break ups’ album – Rumours.
(This was making me think of other renowned albums that were also written as bands were breaking apart – maybe emotions were running high! Bridge Over Troubled Water with Paul Simon and Art Garfunkle, the Beatle’s Abbey Road – I feel sure there are more!

They were simply such a cool band – and they are still out there touring today. Favourite Fleetwood Mac songs – Dreams, Go Your Own Way, Angels, Rhiannon, Songbird, 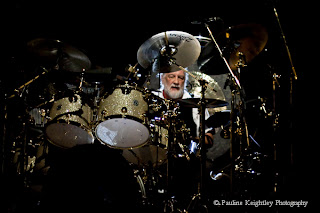