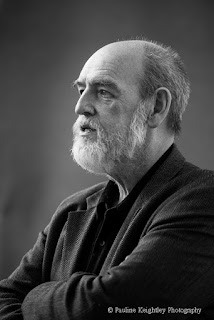 Wonderful top writer. So sad to hear of the loss of top Scottish journalist Ian Bell. His writing was thought provoking, intelligent, deeply informed, insightful, challenging. I attended the talk on his book on Bob Dylan at Edinburgh book festival 2014. He wrote such quality writing during the Referendum debates in 2014 and he believed strongly that one day Scotland would be more socially equal and have its independence. He will be sadly missed. I took this photo at the photo shoot at Edinburgh.

I remember his article on sense of place. I would often read Bell’s articles first and in particular his writing during the referendum in 2014. As Bell said we had never known such times. His was the voice that guided a nation.  Some extracts of his work here - http://www.heraldscotland.com/opinion/14142166.The_voice_that_was_a_guide_to_our_nation__Ian_Bell_in_his_own_words_/ 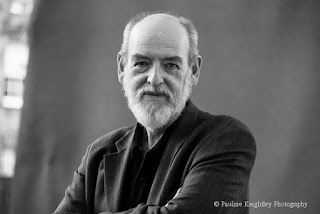 In the Herald and other newspapers paid tribute to his outstanding journalism.

In the National his colleague and friend Alan Taylor wrote that Bell was our Scottish He was our Gore Vidal, our Orwell. “He could write about anything because he seemed to know everything. In this sound-bite, meretricious, low-flying age, his was the voice of that other Scotland, the one we hear and see less and less of, which sets the bar high and aims to clear it.”

Richard Walker, consultant editor for The National and former editor of the Sunday Herald, said: “Ian Bell was one of Scotland’s greatest journalists and was among those who forged the character of the Sunday Herald in its early days and protected it in difficult times.
“His work searched for truth and did not flinch from exposing the deceit and hypocrisy he too often found instead. His voice was steadfast for decades but was more vital than ever during the referendum campaign. He will not see the independent Scotland he dreamt of but he leaves his soul ingrained in its DNA.”