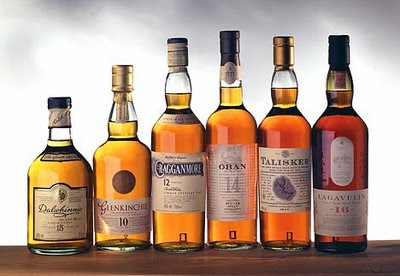 If we get our long dreamed for independence – we need to BUY back our stolen Scotch whisky distillers…..and nationalize Scotch whisky!
(note to SNP!)

91% of whisky is exported.
There are 105 Distillers in Scotland with only 30% Scottish owned, and with 20 small independent distillers.
40% are owned over seas – with 17% Europe (Pernod Ricaro), 5% Japan, 25 America.
Overseas firms now control nearly half Scotland's distilleries, and of the 60% that remain within UK ownership only around half belong to Scottish companies.

The interesting story is the London-based company of Diageo, who own a whooping 30% of Scotch whisky, do so because in the 1989 there was an illegal scam when the whisky share price was artificially manipulated and inflated in order that this company could buy up Distillers.

The UK has laws against these scams but they are rarely enforced.
Diageo claim that 30% of their employees are in Scotland.

The Distillers Company Limited was a leading Scottish drinks and Pharmaceutical company which at one time was a constituent of the FTSE 100 index. The Company was formed in 1877 by a combination of six Scotch whisky distilleries: Macfarlane & Co., John Bald & Co., John Haig & Co, MacNab Bros & Co, Robert Mowy and Stewart & Co. With a trade association called the Scotch Distillers’ Association formed in 1865. It combined with John Walker & son and Buchanan-Dewar in 1925.

It was taken over by Guinness & Co,
(now part of Diageo in 1986 in a transaction which was later found to have involved fraudulent activity, and known as the Guinness share-trading fraud forming United Distillers and the majority of its assets are now part of Diageo.

Diageo was recently in the news for their plans to reduce staff pensions when the director of Diageo receives payments of 3.8m. http://www.thenational.scot/news/14919063.Diageo_staff_ready_to_strike_over_pension_cuts/


According to Scottish Conservative leader Ruth Davidson in the Scotsman, ‘The whisky industry, for example, isn’t just a great Scottish success story, it is Britain’s biggest net exporter in goods.’  Well well, I thought we have been told how Scotland has always been too wee and too poor.’ 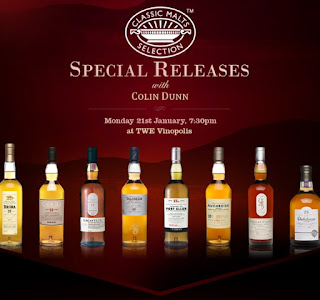 **DECADES of foreign incursions have turned the Scotch whisky industry into a fiefdom of  major conglomerates, according to the heir to one of Scotland's last independent spirits dynasties. George Grant, the sixth generation of his family to work at the Glenfarclas distillery in Speyside, made the comments after Whyte & Mackay, owned by an Indian tycoon, announced nearly 100 redundancies in its Scottish heartland.

Scotland's domestically-owned firms are proud to state that they will be retaining their homeland bases long into the future. "My father and grandfather were approached by foreign buyers, but you can only sell a distillery once - after that, what do you do?" asked Grant. "It's a great honour I have as the sixth generation here. If I walk into the warehouse I can see my name stencilled on every cask. That has to mean something."
***
Strangely, Angela Leadsome was talking of the UK food products – she spoke of Northern Irish whisky (?!), Scottish salmon, Welsh beef and English cheese – do the French want Wenslydale – more likely to buy Orkney or Arran cheese. And of course of English jam and biscuits...