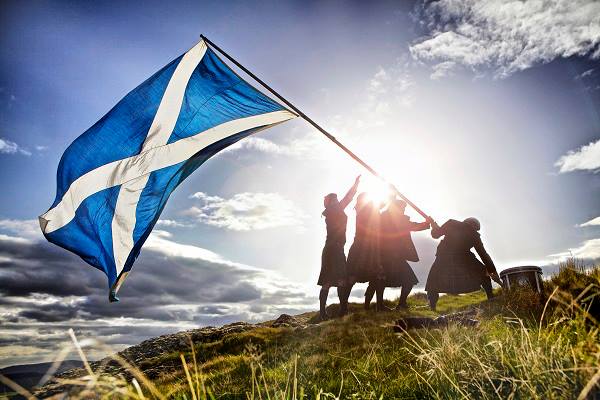 Dates back to 832 AD as Europe oldest flag. The saltire is not a martial symbol of the crowned portcullis of Westminster but rather promotes the saltire as a welcoming symbol for all Scots - whether by birth, choice or family roots.

The Battle of Athalstaneford, an army of Picts under Angus mac Fergus, King of Alba and aided by the King of Dalraida, Eochaidh, fought a large force of Angle Saxons led by Athelstane. King Angus led prayers and was rewarded by a dramatic appearance of a white saltire on a blue sky.

Since the war there has been renewed interest in Scots history, culture, and symbolism. Our past stories.

On the AUOB marches thousands of saltires stream along our city streets. For me my identity as Scot is not only about sense of place or past stories, but about democracy.

Flags can have many meanings.The Union Jack in the 60s was a symbol of Carnaby street and 60s modernity. What matters is the values that underpin our saltire and shaped by the Scottish people – and not our neighbouring country’s think tank. 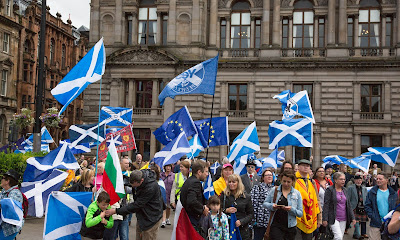 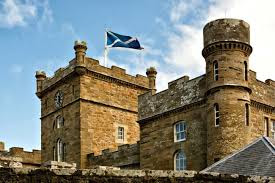 The 55th anniversary of the Saltire Memorial

in 1963 the minster of Athalstaneford had a contact from a Reginwald Livingston who was recently back from India where the Saltire was raised and lowered each day. He was surprised there was no memorial to commemorate the Scottish flag.

He suggested steps for a Saltire memorial. The minister contacted the Earl of Wemyss and donations came worldwide, in 1965 the memorial was completed and unveiled by Lt. General George C Gordon Lennox, Scottish command the Scots guard and the first regiment to carry a saltire into battle. Plus a saltire heritage centre in a restored doocot. 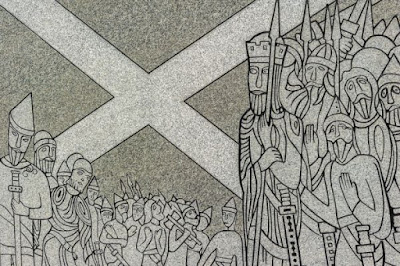 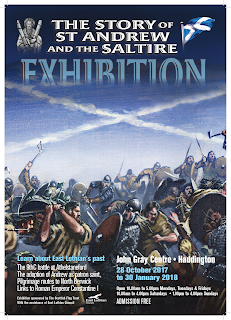 Our new Scotland should instead celebrate our St Andrews on 30th November to remember all those great Scots who stood up for our nation. 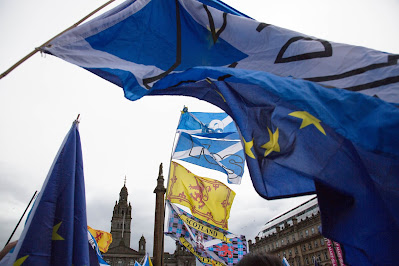