The Ladies of Laurel Canyon 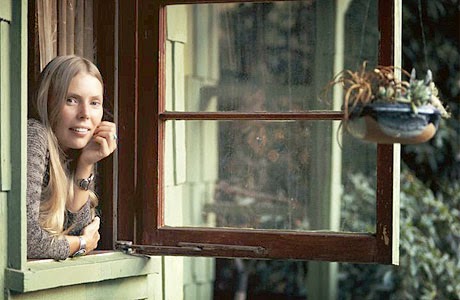 There was a new freedom for women, the women were being reborn in the 60s and 70s.  (In the UK education for women began in the late 19th century and from 1892 Scottish universities admitted women students when St Andrews pioneered with an arts degree. ) Then came the introduction of the The Pill - first approved in 1960 in the US - brought tremendous gains for women’s freedoms and led them to feel they could achieve outside the home.

In an excellent Vanity Fear article in March 2015 with quotes from many of the players of Laurel Canyon, it was interesting to read that the women were the heart of this new movement in music in California. The core players were Joni Mitchell and Mama Cass Elliott, when musicians descended on their homes. Joni lived at first in a street called Lookout Mountain.

Other women of the new movement  were - Bonnie Raitt, Linda Ronstadt, Michelle Phillips, Maria Maldaur, Carole King, Emmylou Harris. According to Michelle Phillips said that ‘The women actually held that whole scene up there together. ‘ The Troubadour venue was also a main place to hang out.

The most talented musician of them all was Joni Mitchell. David Crosby discovered her singing in Florida and brought her back to California – he writes that she was not only the best songwriter of them all, but also the best musician.

At this time the draft for the Vietnam war sent many Americans up to Canada and brought the Canadians down to the US – such as Neil Young and Joni.
The big guns were the two talent scouts from New York  – David Geffen and Robert Elliot who were also young and hungry for the new scene here. Within a few years they started Geffen-Roberts management and made 3m a year. Geffen began his record label Asylum Records. Robert managed Neil, CSN, Joni.

When two guys (Glen Frey and Don Henley) were asked to be Linda Ronstadt’s backing singers on tour, they were busy watching, learning and taking notes of the big guys Crosby Stills and Nash (CSN), Poco and others bands developing the four part harmony country rock. They became The Eagles and were ultimately bigger than anyone.
‘We watched what they did right and what they did wrong.’ The Eagles were also about both the music and the business.

In the end movements shine only for a short time and the magic of the hillside canyon was changed  eventually.
First of all by drugs – while pot and psychedelia had fuelled creativity but when they turned to cocaine and heroin, everything changed.

According to Phillips the summers of free love came to an sudden end with the Manson murders in '69 – and after that everything changed. ‘The nail in the coffin of the freewheelin, let’s get high, everybody's welcome – I never invited anybody over to my house again after that.’
New artists today influenced by and following on from these sounds – singer songwriter Laura Marling, LA band Haim, Dawes, Wilco, Mumford, the Avett Brothers  and others.