Bring It All Home Festival

A new festival being held in Paisley to celebrate the life and songs of world renowned Paisley born singer songwriter Gerry Rafferty.


15th - 19th April 2014
On what would have been Rafferty's 67th birthday the highlight concert is the sold out Bring it All Home, Gerry Rafferty concert -  a celebration of the music of one of Paisley’s most famous sons, Gerry Rafferty and featuring his popular  and lesser-known works and also never-before performed pieces, and also with songs especially arranged for the Royal Scottish National Orchestra.


This concert will differ from the hugely successful 2012 Bring It All Home concert at Celtic Connections. Instead of the full band there will be the RSNO and different songs are being performed. Rather than the full band version Rab Noakes will sing the song 'Baker Street' stripped back with only his guitar.
The show will be hosted by Martha Rafferty and produced by his friend and collaborator Rab Noakes.  Noakes has released over 20 albums and been described as ‘one of Scotland’s finest songsmiths’;
Other artists performing are: Barbara Dickson, a platinum selling Scottish singer, she was awarded an OBE in 2002 for her services to music and drama. She has recently released her 25th studio album, To Each and Everyone; The Songs of Gerry Rafferty. Eddi Reader – another best selling Scottish singer, she began her career as the singer with Fairground Attraction and their chart-topping single Perfect. She has just released her 10th album, Vagabond. Roddy Hart – Glasgow songwriter, who has released a recent album with the band The Lonesome Fire. He curates the acclaimed Roaming Roots Revue at Celtic Connections and hosts a BBC Radio Scotland show. Siobhan Wilson – Scottish singer who spent several years studying music in Edinburgh and Paris and now based in Glasgow. Emma Pollock – a Scottish singer-songwriter known as part of the The Delgados, The Burns Unit and The Fruit Tree Foundation. 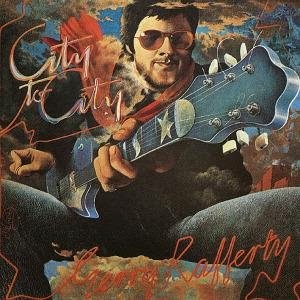 I attended the Bring It All Home at Celtic 2012 and it was a wonderful night that included The Proclaimers and many other well known Scottish artists.
Here’s what I wrote then - Noakes gave the glue and character to the show with his stories about Gerry, the Humblebums, late night travels and more. He spoke of Rafferty’s intelligence and of his love of harmony; of his spiritual side and of his strong will and self belief. He spoke of the poignancy yet hard core centre of Rafferty’s songs. I'm still singing Rafferty songs two weeks later!
Rafferty’s songs cover the full spectrum of emotions - they express full-on-energy, questioning cynicism and mystical spiritualism. He was from Paisley and his music gave the folk song a new voice. He cared about the craft of the song and not celebrity or its trimmings. He was an artist in the true sense of the word and had a rare clarity of artistic vision. A wonderful celebration of one of Scotland’s greatest ever singer songwriters that did Gerry proud and a highlight of this years Celtic Connections.

The festival also hosts many other events showcasing the breadth and quality of Scottish artists, such as a songwriting night hosted by Hamish Stuart, John Grant and Midge Ure.