There has been a severe lack of women reviewers over the centuries.

I used to wonder why there were no women artists - was it because the were too busy with children!?
A few months ago Amanda Vickery hosted an excellent BBC tv series on Women artists, most of whom many of us will never have heard of while these women were outstanding and wonderful artists.

I studied Art Higher at school and won the art prize in fourth year. I have also visited many art galleries - in Paris, Florence, New York, Washington, Rome, Edinburgh, Glasgow, London, Barcelona, more.  Yet these women artists are all new to me!

Back several hundred years ago, one way for a woman to pursue art was offered by religion and entering a convent as an escape from 'woman's duties and where they could learn literature and art. The down side was that their art was seldom seen!
The privacy of the convent offered protection for female artists, such as Plautilla Nelli the first female artist in Florence, who was a self-taught nun-artist, and her large painting of the last supper hung unseen for over 500 years in a monk’s dining room.  Could a woman artist become independent and heading a workshop and battling men for commissions? There was a very interesting tv show on recently about women artists down the centuries and I was shocked. Here is just a small sampling of some of these wonderful women artists you may well never have heard of before!
Sofonisba Anguissola (1550 Spain) She was a pioneer of painting beautiful conversation pieces with an informal intimacy. She came from impoverished nobility and her father had sent one of her drawings to Michelangelo. She was admitted to the Spanish court of Phillip II, where she painted more formal royal portraits.  In her later years the Dutch painter Van Dyke admired her work and visited her.  However she is unknown and was never bought or sold. Sofonisba Anguissola was an Italian Renaissance painter born in Cremona. She received a well-rounded education that included the fine arts, and her apprenticeship with local painters set a precedent for women to be accepted as students of art 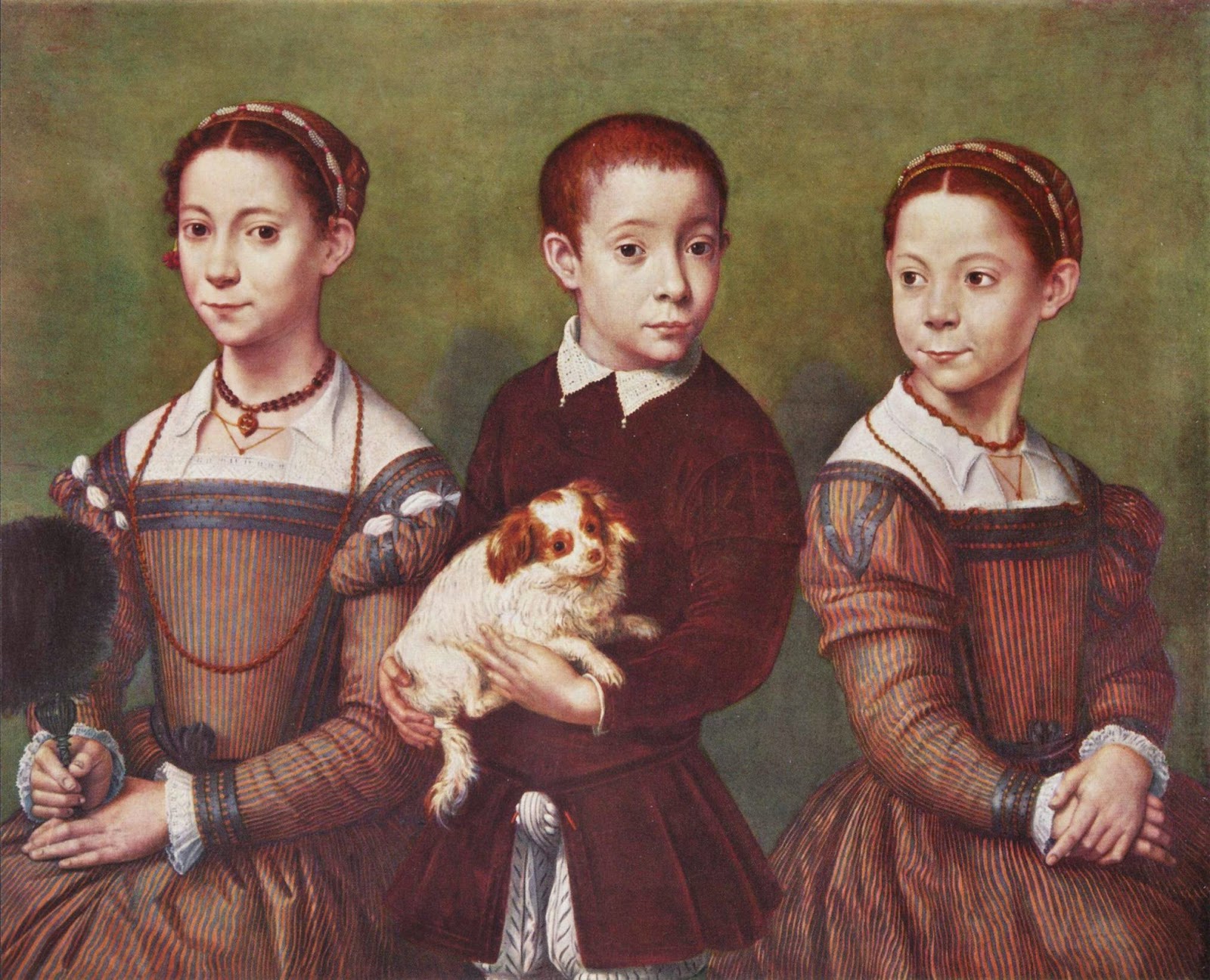 Lavinia Fontana (1520 Italy) as she was the daughter of an artist in Bologna Italy, she had access to oils and learned the business side of art. There were powerful Guilds that barred women. Women commissioned her art and she was the first professional woman artist. However family art was not as valued as historical and religious art.  Lavinia Fontana was an Italian painter. She is regarded as the first woman artist, working within the same sphere as her male counterparts outside of a court or convent.
Artemisia Gentileschi (1615 Italy). She painted historical epics and of female strength and bravery in adversity. Of the triumph of art over ordeals. She had the patronage of the Medici family.   Artemisia Gentileschi was an Italian Baroque painter, today considered one of the most accomplished painters in the generation following that of Caravaggio.

Dutch Art offered greater freedoms with their still life’s and restraint. The Dutch believed that a well run house meant a well run country.  Clara Peeters (1594) She was a still life painter of the Flemish school.

Lady Butler (1846 England) She attended the London School of Design for women and painted large epic war paintings of the Crimean war and famously the charge of the Scotsmen. She was the first artist to paint the human side of war -  the pathos of war.  Elizabeth Thompson, better known as Lady Butler, was a British painter who painted military battle scenes. Some of her most famous military scenes come from the Napoleonic Wars  and she covered most major 19th-century wars and painted several works showing the First World War. 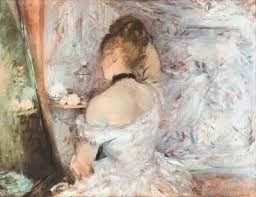 Berthe Morisot (1841 France) She was painted by Edouard Manet eleven times and exhibited alongside the other impressionists, and later married his brother Eugene. She painted a fresh version of family life in vivid whites. In 1874, she joined the "rejected" Impressionists in the first of their own exhibitions, which included Paul Cézanne, Edgar Degas, Claude Monet, Camille Pissarro, Pierre-Auguste Renoir, and Alfred Sisley. It was held at the studio of photographer Nadar.

Karin Larsson (1859 Sweden)  After she married she concentrated on using her art, which was fresh and unpretentious, to decorate her home. Her aim was a more family and children centred interior design with informal, playful free designs and bold experimentation.  Her work had a big impact on how homes were designed and led to the national identity and bold home designs half a century later by Swedish giant IKEA. Larsson's work has had more impact on people's lives than any painting ever has.  She was married to Carl Larsson who painted her designs.  Her aim was lifestyle as art for everyone.  Karin Larsson  was a Swedish artist and designer.

Margaret MacDonald (1864 Scotland) She is celebrated for her  panels in Glasgow's famous Willow Tearooms -  The May Queen, and Oh ye, all ye that walk in Willowood. Along with her husband Rennie Macintosh and Herbert MacNair, she was one of the most influential members of the collective known as the Glasgow Four. She exhibited with Mackintosh at the 1900 Vienna Secession, where she was an influence on the Secessionists Gustav Klimt and Josef Hoffmann.  Macintosh credited her with being an important part of his figurative and symbolic interior designs. "Remember, you are half if not four-quarters of all my architectural...Margaret has genius, I have only talent." 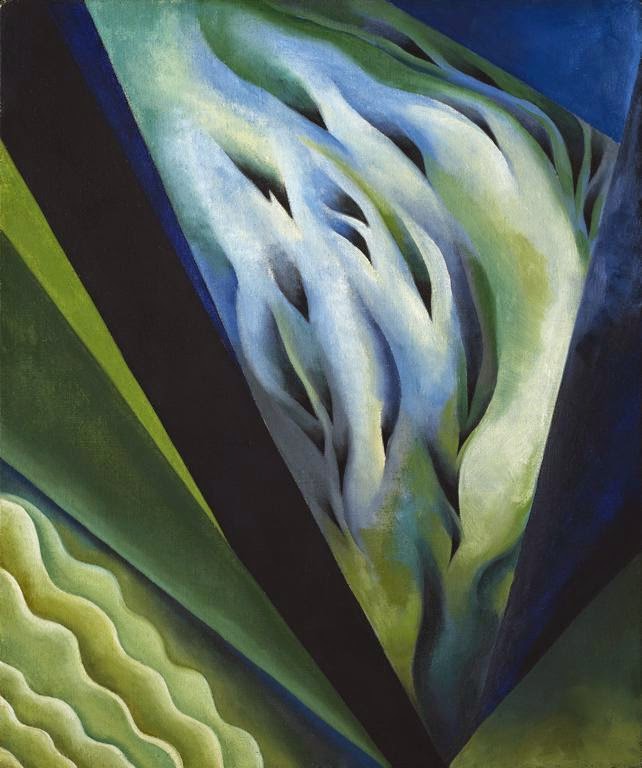 Georgia O'Keefe (1887 America)  She is known as the greatest American artist of her era. She painted large format magnified dreamy large seductive flowers in very subtle shades. Later she escaped to New Mexico and painted dramatic landscapes there in vivid, bold and striking dessert colours.  Early on she was a muse for the photographer and art promoter Alfred Stieglitz..

Many of these female artists were trail blazers.
Female art - so much is hidden and unsung in dark corners of houses and museums....

I studied Art Higher and won the art prize in fourth year. I have also visited many art galleries - in Paris, Florence, New York, Washington, Rome, Edinburgh, Glasgow, London, Barcelona, more.  Yet these women artists are all new to me!

Today goggling the artists I found this website - National Museum of Women in the Arts (NMWA) http://nmwa.org/

The National Museum of Women in the Arts (NMWA) is a gender specific museum, located in Washington, D.C. is the only museum solely dedicated to celebrating women’s achievements in the visual, performing, and literary arts. Since opening its doors in 1987, the museum has acquired a collection of more than 4,500 paintings, sculptures, works on paper and decorative art. Highlights of the collection include works by Mary Cassatt, Frida Kahlo, and Élisabeth Louise Vigée-Le Brun.