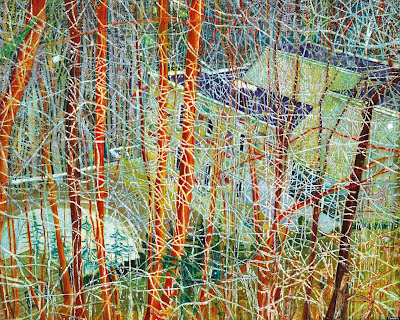 Peter Doig is a Scottish painter. I read of him recently in a Times magazine article by Bryan Appleyard. Oddly I had never heard of him, even while I often visit art galleries here and abroad. He was born in Edinburgh, the Tate lists him as English.

When others were turning to conceptual art in the 1990s Doig stuck to his painting.
I went to check on his paintings and was impressed with his subtle use of colour and tones, thoughtful narratives and careful immersive reflections, Beautiful. 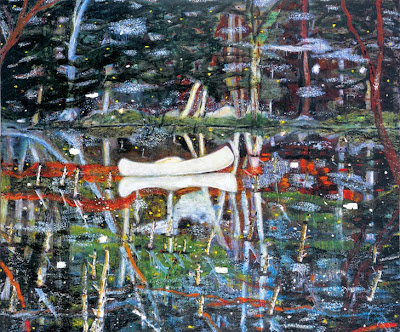 Doig is one of the most renowned living figurative painters, he has settled in Trinidad since 2002. In 2007, his painting White Canoe sold at Sotheby's for $11.3 million, then an auction record for a living European artist. In February 2013, his painting, The Architect's Home in the Ravine, sold for $12 million at a London auction.

His work is at the Palazzetto Tito, Venice from May 5, Venice biennial of art.   http://www.saatchigallery.com/artists/peter_doig.ht