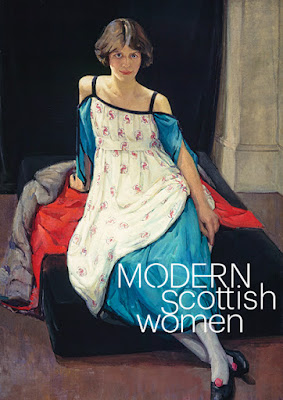 The exhibition will focus on painters and sculptors and the period from 1885 to 1965. ,
(when Fra Newbery became Director of Glasgow School of Art, and until 1965, the year of Anne Redpath’s death).

The eighty years which lay between these events saw an unprecedented number of Scottish women train and practice as artists.  More than 90 works will be shown, from the National Galleries of Scotland’s holdings and other public collections from throughout the UK, as well as from private collections.

Early last century women were forbidden from attending life drawing classes. They also had to give up any art careers if they married.

The conditions that the artists negotiated as students and practitioners due to their gender will be explored, shedding new light on this vital chapter of Scottish modern art history, whilst uncovering and celebrating women’s contribution to it.
The exhibition will include familiar masterpieces alongside important works by significant artists which are rarely seen and who are not widely known.
The galleries believe there is scope for more shows of female artists and the display is a precursor to a major re-think and re-hang of the gallery.

MY BLOG ON Women Artists - http://www.musicfootnotes.com/2014/10/woman-and-art.html 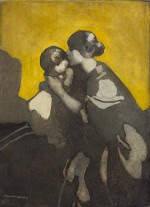