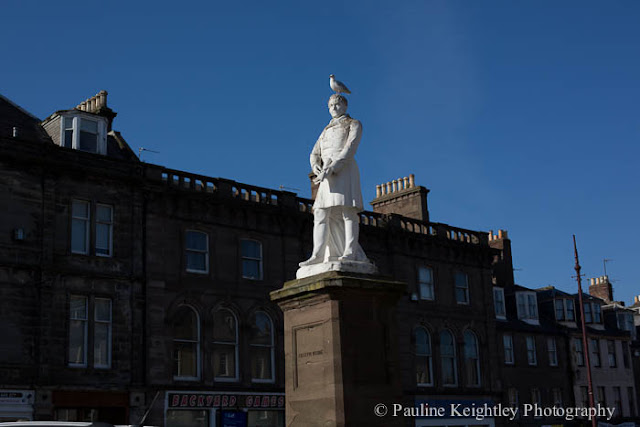 I visited Melrose museum which has some Celtic and Pictish relics – and the lady gave me a pamphlet on Montrose’s most famous son – the poet Hugh MacDiarmid - she said he had began a Scottish Enlightenment, a new Scottish Renaissance
He is one of Scotland’s leading contemporary poets and a founding member of Scotland’s national party. MacDiarmid grew up over a library. There were other writers in Montrose then such as the poet Edwin Morgan and Montrose became an artists colony and a  magnet for other artists, poets and writers.

Christopher Grieve, the young reporter who arrived in Montrose in 1920, wanted to start a modern revolution in Scottish literature.
I also visited Stonehaven and took the walk along to the historic Dunnottar castle which sits on a rocky outcrop in the sea. The weather was beautiful blue skies. The castle was remote and practically impossible to penetrate and Cromwell, William Wallace and others stayed here. The castle was used to films such as Hamlet.
Stonehaven is a small picturesque fishing town. Here I visited a Celtic music shop where I bought a book on Burn’s songs. The harbour has several top rated hotels and restaurants. 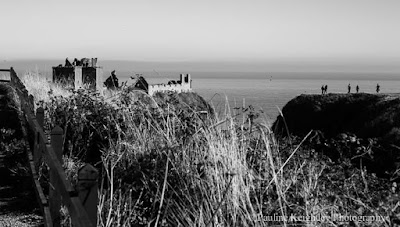 Also - Melrose’s golf course is one of the oldest and there its one of the best beaches in Scotland.  And The Cheviot and the Stag and the Black, Black Oil is being performed by the Dundee Rep.


His fascination with language inspired experimentation with Scots and Hugh MacDiarmid was born. Hugh MacDiarmid is remembered for his fiery and contradictory personality - his modernists and nationalist views and his long poems. He was the father of the Scottish Renaissance.

In the 1920s an important cultural Renaissance happened in Melrose. An Authentic cultural Scottish identity - creatively distinct.  MacDiarmid wished to create a Scottish cultural renaissance with a distinct Scottish art and cultural identity.
One that looked to the new rather than to the past traditions and to place Scottish culture in an international perspective.  Later during the 1930s the Scottish Renaissance was centred in St Andrews. The Scottish independence movement rejected the fascist nationalist movements in Europe.

What began in Montrose in the 1920s Inspired a confidence for artists and writers to be Scots – a confidence which has helped to give Scotland a unique voice in the world. Our Scottish Renaissance. 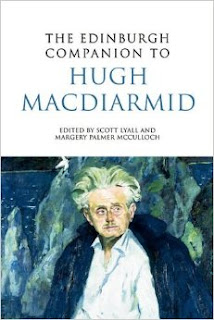 Christopher Murray Grieve (1892 – 1978), known by his pen name Hugh MacDiarmid, was a Scottish poet, journalist, essayist and political figure. He is best known for his works written in 'synthetic Scots', a literary version of the Scots language hat MacDiarmid himself developed.
After the war he continued to work as a journalist, living in Montrose where he became editor and reporter of the Montrose Review as well as a Justice of the Peace and a member of the county council. In 1923 his first book, Annals of the Five Senses,followed by 'Sangschaw' in 1925 and 'Penny Wheep' and his most famous poem 'A Drunk Man Looks at the Thistle' in 1926. 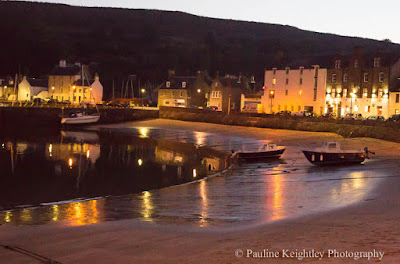