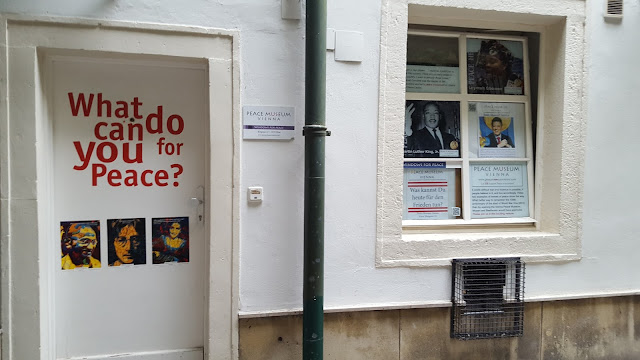 On my trip to Vienna the Danube flowed with the stirring of violins strings and the operatic mounting songs of drama and hope. There were grand palaces, the sound of horse and carriage on cobbled byways and the red images of Mozart! And there was the symbolism of words and art.

One message stood out too among the many colours and sounds and images – a message of unity and of peace – from the Picasso’s Dove of peace image, the artists Sciele’s experience of WW1 - and the Vienna Peace museum we stumbled upon when we stopped for coffee and cake in the lane near Mozarthaus.

What did you do for peace today?

In Vienna old town , near MozartHaus, we sat for a coffee and cake. Oddly we were talking about peace in Ireland and how no-one wants a hard border there with Brexit, but will the south want a united Ireland and all the problems?
After we noticed a small cobbled alleyway and posters of Lennon, Mandela, Mahatma Gandi, and Vienna's Bertha von Suttner. I discovered this was the Vienna Peace Museum Windows, the first in the world. Beside this there was a narrow stairway to the Austrian Journalist Club (OJC) – the Vienna International Press Centre.  Oddly we were talking about peace in Ireland and that no one wants a hard border again after this foolish Brexit.

Austrian painter Egon Schiele, ‘Russians wanted war to end as much as we did.’

Looking for peace when night fell…. 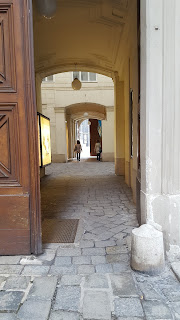 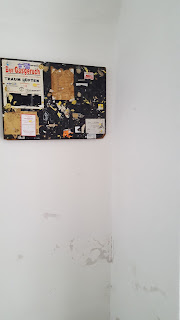 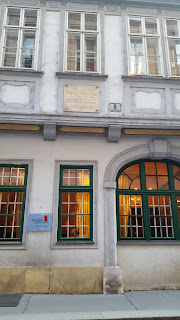 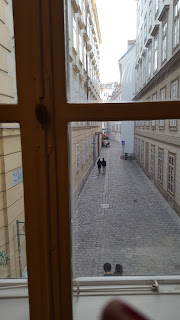 
Austria was once at the heart of imperial struggles and empires. Today the grand palaces are showcases of a past that is remembered and respected – but not about today's world. The European project is alive and well here and has brought 70 years of peace in our life times – why should we throw this away on a foolish UK Brexit? 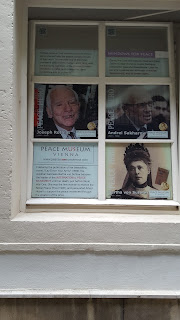 We stand on the brink of turbulent times today.
VOTE for peace!

As I flew home, I thought of the ease of travel today and how, I hope, ‘otherness’ is not as it once was…./