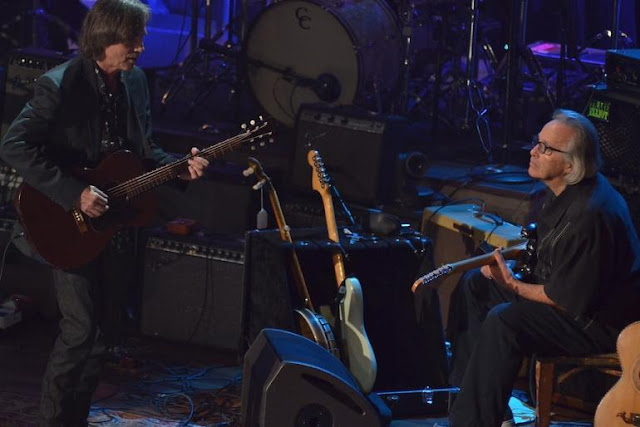 Surprised us all – he had intimacy with the quality of musicianship and his song choices.
An uplifting experience. He took us on his spiritual journey.

Cooder sat surrounded by his 7 guitars. And he was ably backed by The Hamiltones and his son Joachim Cooder.
He spoke of those today with "weak minds"‘, who know the cost of everything, but not the value of everything. ‘ He spoke of the waffle grid of streets of Santa Monica, where he grew up and his dreams of West Virginia.

There was warm affection in the room from the packed concert hall for his keen fans, as Ry Cooder held our attention throughout. Surely dedicated to his craft.

Keeping the Blues alive. A bit of a legend.
Cooder has a new album 2018. 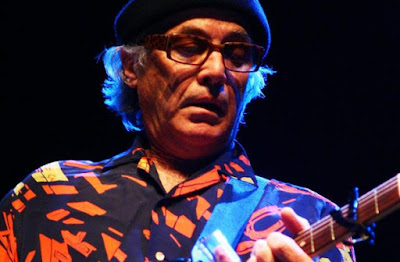 Ry Cooder is an American musician, songwriter, film score composer, and record producer. He is a multi-instrumentalist but is best known for hisslide guitarwork, his interest inroots musicthe United States, and his collaborations with traditional musicians from many countries. Films such as Paris Texas.
His solo work draws upon many genres. He has played with -

Eric Clapton, Rolling Stones, Van Morrison, Randy Newman, Doobie Brothers, The Chieftains and more.
Cooder was ranked eighth on Rolling Stone magazine's 2003 list of "The 100 Greatest Guitarists of All Time" A 2010 ranking by  Gibson placed him at number 32.