The Losses of Brexit 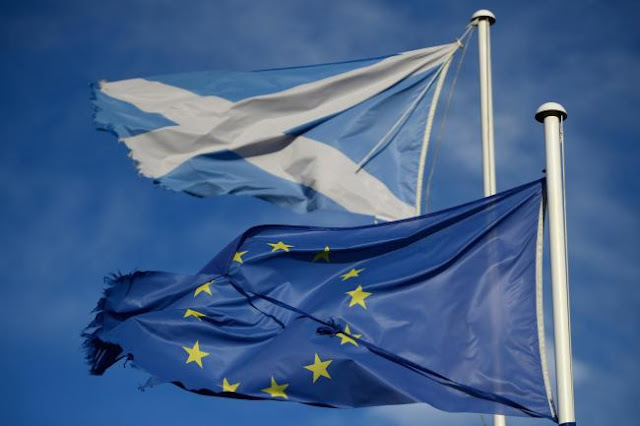 “That us one reason why Brexit seems such a sadness for Scotland both in a economic and cultural sense, because it loosens our ties with one of the most ancient relationships to the European continent. “ Professor Tom Devine Scotlands top historian

MANY Scots will be filled with a great sadness, sense of loss, regret and will be grieving our enforced departure form the EU.. I grew up in Edinburgh and it always seemed a great centre of international culture, connections and travel. After five years I still have no idea what the benefits of all this Brexit chaos really are – except for the tax-avoiding off shore trust funds and saving the Tory party.

It’s a day I hoped would never arrive, but here it sadly is. Scotland voted to stay in Europe and our ancient history and ties to Europe run very deep: we have long been an outward looking nation on the edge and entrance to Europe. In fact our ties to Europe are much deeper and longer than Scotland’s attachment to Britain. I recently travelled to Scotland’s islands  - Orkney, Lewis, Harris, Barra, Uist, Mull, Iona - and I more clearly understood our links to the seas and travels and our strategic importance.

I have no trust or confidence in Boris’s Tory team or how well they are prepared for extra red tape, customs checks, hold ups and other issues. Their goal is for de-regulated freeports of reckless, exploitative capitalism. This is not the future I imagine for Scotland. For Scotland I hope for a very different future with improved social protection, greener policies, land reform, close private schools, equal and democratic opportunities for all its citizens (not subjects)

Back in the 70s when we first voted  to be in the EU, there may have been some questions over the EU. But over this time more and more it became evident all the obvious advantages both for Britain and Scotland gained from EU membership.

We gained from regional investment, immigration, cultural exchange, freedoms of movement and more importantly peace in Europe. We have enjoyed the benefits of EU membership for 47 years – increased prosperity, immigration, regional development, environmental protections. Now we loose passports, Erasmus, no customs paperwork, free movement, just in time trade, and more… for what exactly?

This English Brexit – for that is assuredly what it is, is an insular, backward-looking, regressive and harmful thing. I’ve struggled to understand. And I wondered why the bigot and opportunist Farage was so often on BBCs Question Time, plying his false, extreme lies. I highly recommend Irish times writer Fintan OToole, Heroic Failure, an excellent interpretation of this English existential crisis and act of self harm.

AS I watch Boris gloat as he waves his 2,000 page Brexit deal, I feel sick with foreboding. What other country would vote to leave a successful trading block and how much is it all costing? Of course Cameron’s remain fear strategy would never work on the English – they were, ‘how dare anyone tell us we can’t.’ Wheras with the Scots, fear has worked over the centuries and the fear no campaign of 2014 meant many Scots were, ‘oh perhaps we really can’t.

It’s the End of an Auld Sang

The big issues in 2021 will be Scottish independence with the May Scottish Parliament elections. I now see the future as Scotland’s place in Europe – much as other nimble, small nations are flourishing in this successful trading block which has been brought us peace and prosperity in Europe.

Ian Blackford, the SNP leader in the house of Commons – “ Now we have an isolated UK amid a global pandemic – its economic vandalism, bad for fishing….. Worst of all worlds for Scotland.” 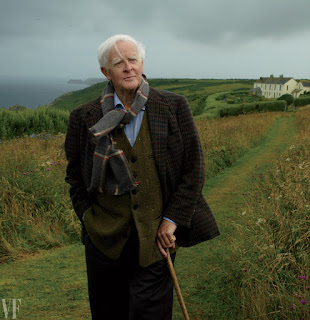 John le Carre, one of England’s greatest writers and the master of the spy thriller, who died recently in a cottage near lands end so he could be miles away from London, and all that had gone wrong with a once great capital city.” His books about espionage were “compelling and a metaphor for the decline of Britain, Le Carre was fascinated by the end of empire, by the emotional debris it left behind and by the folly of the misplaced superiority complex that still festers in the minds of many today. He despised Brexit and loathed the people who had been the architects of its deceitful promise.”

“Brexit is the great catastrophe and the greatest idiocy that Britain has perpetuated… I’m not just a remainers. I’m a European, through and through, and the rats have taken over the ship. My England would be one that recognises it place in the EU. The jingoistic England that is trying to march us out of the EU. That is an England I do not want to know.” 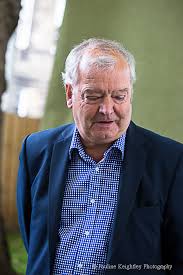 Tom Devine writes Sunday National 27th Dec 2020, “Due largely to extensive migrations at every level of society – clerics, farmers, mercenaries, “ The bonds between Scotland and Europe between the 12 and the 17 century were much stronger than they were between England and Europe. Essentially I see Scotland as a global nation fashioned by generations of emigration and external connections. Tom Devine examines Scotland’s global identity and experience in his book – ‘To the Ends of the Earth : Scotland’s Global diaspora 1750 – 2010.’ Scots migration routes were not only to empire but to all corners of the world.