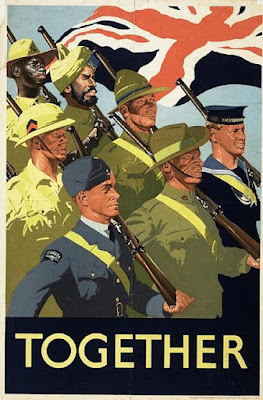 Recently I attended Edinburgh International book festival 2021, which was both in person and online, while on a smaller scale, it was excellent to see the festival return at its new home at the Edinburgh Art school. There were several themes – one theme was Blood Legacies: Confronting our Colonial Past.

Several authors spoke of the British Empire and also looked at the questions over Scottish Independence. One theme address was the general ignorance in the UK of History or Empire – in European countries history teaching is taught throughout high school, but in the UK History teaching stops at 14 years of age. Although the violence with which the BE was enforced was not discussed.

The former empire in disguise, hardened and cobbled together. Its important how history is taught, and to learn other nations views and to review history. The younger generations are more questioning, whereas the older generation are nostalgic for Britishness – unaware of the collapse of empire and the migration from Commonwealth. Imperial legacies and the physical remnants of empire, so much is Victorian. All empires come to grief, in the end.

Satham Sangheri and his book ‘Empireland’, and15K copies have been distributed to English schools and to several high profile politicians. He said it was shocking the level of ignorance about the empire; there was either negative views or rose tinted nostalgia. The BE lasted 500 years to the hand over of Hong Kong 1997, so it’s a vast and complex history. He said, those at the UK Home Office were ignorant that the Windrush Generation were actually British citizens – I had thought they just didn’t care.

Broadcaster Gavin Esler also discussed empire in his book ‘How Britain Ends’. What is the future for the UK? And how has the end of the British Empire influenced its trajectory in recent years? The Union is about Protestantism, empire and war; coloniser or colonized and cultural imperialism.“It’s the endgame for Britishness. Brexit is drowning the Union…. ‘While the UK can survive Irish, Scottish and Welsh nationalisms, it cannot survive English nationalism.’ For Esler, the answer lies in a Federal system of national and regional government. However most feel this is unworkable.

He said we need people to people contacts: many never travel and there is so much stereotyping. Global Britain should look more to Europe. We have lost an Empire but not found a role, plus what has been fixed by Brexit? We must have a relationship of trust with our European neighbours

Eminent Scottish Historian Tom Devine discussed the emerging crisis of Britishness with loss of Empire, and that once the union was never challenged. Devine said “England ruled the empire and the Scots ran it” with a quarter of the Empire were Scots. In 1707 Scotland had leading scholars and 4 major universities; set up in the 1400s. by contrast it wasn’t until 1800s that English universities were established – (Manchester, Durham London). The empire came at a time of crisis and cultural revolution, industrialisation, agricultural revolution. Scotland became a place of heavy industry.

Recently Sunday National Gerry Hassan wrote of Empire State Britain which built statecraft, government and administration of military conquest, policing the world, protecting the UKs commercial interests and taking on aggressors and rivals. The UK, is heavily involved in making weapons of war. Therefore R & D is generally are geared towards weapons making.The City of London is the centre of this Global Britain – of finance and insurance and less concerned with sustainable manufacturing. “Thus the City of London has always been disconnected from the real economy being profoundly anti-industrial and about short-term, speculative capitalism.“  The focus of wealth creation is on increasing centralization and rising London house prices.

The BE state also is a “partial’ democracy, which abuses the power of the Crown and the British parliament began before real ideas of democracy had been developed. The UK established one person one vote as late as 1949 and the 1950 election UK was the first without plural voting– under Johnson we are losing the right to protest; the right to a free press; the right to independent policing and our basic human rights.

In his book ‘Blood and Ruins, the great imperial war 1931 – 1945’, Richard Overy writes that the Second World war was in part due to the instability and desire to protect the BE from both eternal and internal pressures and also the desire of European empires to retain their power. Academic Nail Fergusson claimed, that Britain sacrificed her empire to stop Germans, Japanese and Italian keeping theirs.”

The British empire was often enforced with extreme violence. “The Second World War became the triumphant last stand as bulwark of global liberty in the face of fascism, eliding Britain’s violent suppression of anti-colonial resistance (which included African extermination camps).“  In 1942, 66K Indians were in detention for political reasons. Police fired on dissidents and killed 1000 and militant nationalist were to be flogged in public.

Britain’s First Sea Lord claimed 1934 “We have got most of the world already, or the best parts of it, and we only want to prevent others from taking it.”  And the desire of old European empires to retain their own hegemony over half the world’s peoples. In 1928 Leonard Wolf wrote. “ Imperialism, as it was known is the 19th century, is no longer possible and the only question is whether it will be buried peacefully or in blood and ruins.” 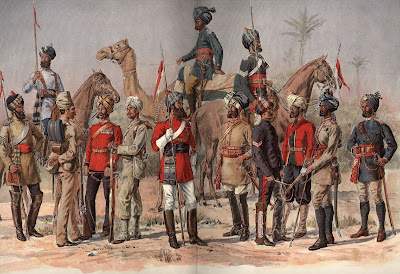 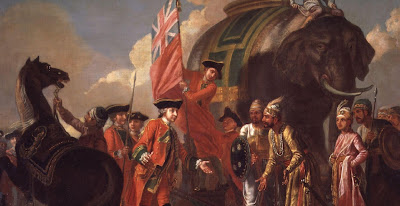 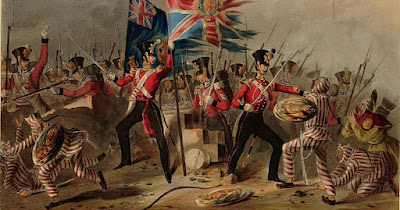 Plus NEW YORKER article Misremembering the British Empire Nov 2020. A recent poll found that a third of Britons believed Empire had done more good then harm to the colonies. More than a quarter of Britons want the empire back!! (Surely this means English people?) “And protect imperial status quo. The long Second World War from 1930s to violent post-war years ended not only a particular form of empire, but discredited the longer history of the term.”  The BE was a “selfish mission to spread democracy something ‘given’ or “granted” to colonies.”

The UK has fallen in it worldwide standing following the Brexit folly, failure dealing with Covid-19 and the huge death toll of 150K deaths. And now the botched Afghanistan withdrawal, while France planned months ahead to withdraw personnel, what was Britain doing? Hassan writes, “Brexit is an Empire State of mind – the idea of England as Britain and living in a nostalgic past that holds us back.”

The UK is the last multi-national state in Europe: the Ottoman empire, Austria-Hungary, Yugoslavia, all collapsed last century. Unlike Spain, the landmass of Britain does recognise Ireland, Wales and Scotland as nations in their own right – well in theory anyway, if not in practice! 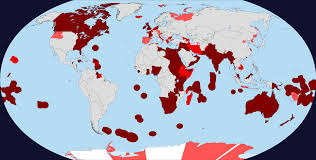