I was deeply saddened to hear of the death of our beautiful songbird Christine McVie. – best known for songs with the rock band Fleetwood Mac such as Don’t Stop, Little Lies, Hold On, and of course her classic Songbird. She says the song came to her overnight and she had to keep singing it until morning when she was able to then record!

Christine began playing with Fleetwood Mac in 1968, initially as a session player and joining the band in 1970. Her first compositions with Fleetwood Mac appeared on their fifth album, Future Games. She remained with the band through many changes of line-up, writing songs and performing lead vocals.

In early 1970s the band moved to LA after the death of Peter Green and Lindsay Buckingham and Stevie Nicks joined. Christine and Stevie were great friends. Rumours is one of my all time favourite albums. 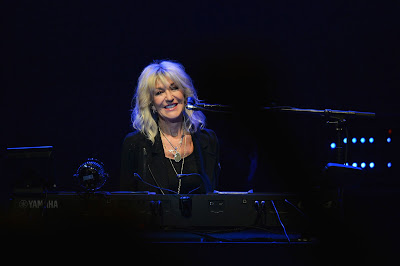 Christine spoke of her long standing friendship with Stevie Nicks -  “We're totally different, but totally sympathetic with each other. We are dear, dear friends. We don't have any competition on stage,” McVie told Rolling Stone of her band mate Nicks in 2014; that was but one of the many compliments the two artists have exchanged in public over the years.”

In 1998, after 30 years with the band, she left and returned to England to set up home there. She then lived in semi-retirement, releasing a solo album in 2004. After therapy to over come her fear of flying she was able to visit band mate drummer Mick Fleetwood in Hawaii and returned to playing with the band. She also recorded an album with Lindsay Buckingham.

McVie was an English musician and songwriter. She was best known as keyboardist and one of the vocalists of Fleetwood Mac. McVie was a member of several bands, notably Chicken Shack, in the mid-1960s British blues scene

She was described as "the prime mover behind some of Fleetwood Mac's biggest hits". Eight songs written or co-written by McVie, including - “Don’t Stop, Everywhere, Little Lies, Hold On, (on Fleetwood Macs 1988 Greatest Hits album)

She played on the band's last studio album, Say You Will. McVie also released three solo studio albums. As a member of Fleetwood Mac, McVie was inducted into the Rock and Roll Hall of Fame and in 1998 received the Brit Award for Outstanding Contribution to Music.

She appeared on stage with Fleetwood Mac at the O2 Arena London 2013 and rejoined the band in 2014 and for their On the Show tour 2014. McVie received a Gold Badge of Merit Award from BASCA, the Ivor Novello award for Lifetime achievement. She was also the recipient of two Grammy awards 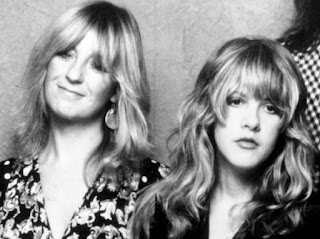