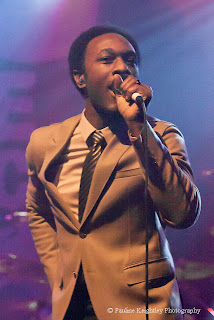 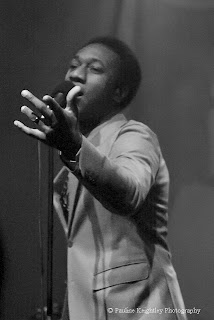 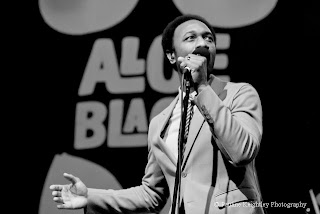 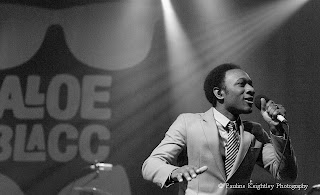 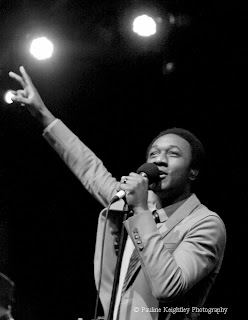 Aloe Black stole our hearts and showed why he is the King of Soul. He was supported by a DJ set which meant the dance beats were kept up with no pause before Blacc’s entrance onstage.
He sang with his crooning mellow voice.  He was also the dance master of cool, with some neat footwork and sliding shimmies.  Later during his set Blacc created a soul train down the centre of the Glasgow audience where locals were only too happy to boogie down. Songs included -  ' I Need A Dollar’ and ‘Billie Jean.'
For his encore he spoke of missing the sun of his homeland and sang the Beach Boys classic ‘California Dreaming.’
Blacc caused a stir at Glastonbury 2011 with his performance there on one of the main pages.
It is worth checking Blacc singing at MADE on YouTube – a collaboration in Germany between composers, artists and performers.   ( Highsnobiety TV: An Evening with Aloe Blacc at MADE - Berlin creative space MADE recently played host to singer and songwriter Aloe Blacc, violinist and composer Mihalj "Miki" Kekenj and painter Jaybo.)
http://aloeblacc.com/