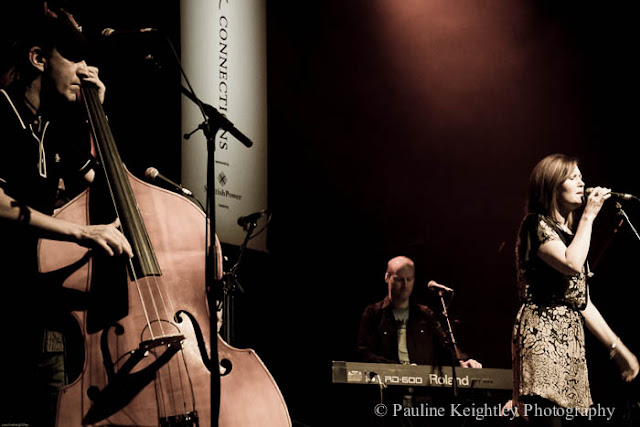 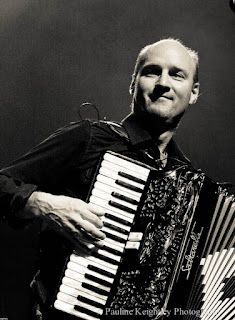 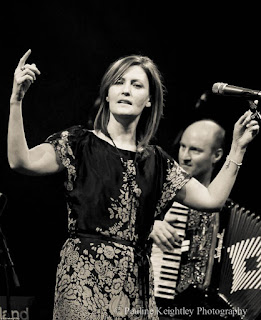 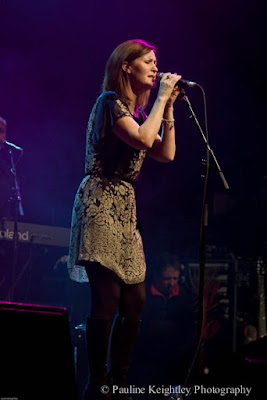 In the 80s Capercaillie were greatly influenced by Irish folk music of the 80s, and bands like Clannad and Planxty. Irish music was more advanced then and the Irish band Clannad proved the wider appeal that was possible with their chart success for the theme song Harry’s Song.
For their albums Delirium (1991) and Secret People (1993) Capercaillie added bass lines, drum machines and synthesisers and this fusion sound let to chart success in the 1990s. Shaw said that some may feel they sold out from the folk traditions but he feels they would have sold out by making the same record over and over. The band preferred to move on and try new things. Their sound became contemporary traditional music. Capercaillie tour worldwide.
Popular lead singer Karen Matheson is a beautiful Gaeilic singer. Donald Shaw has been the musical director for Glasgow’s highly successful Celtic Connections since 2007. I cover the festival each year and I am well aware of the diversity, quality and musicianship that Donald pulls together to make this highly successful event for the city of Glasgow.