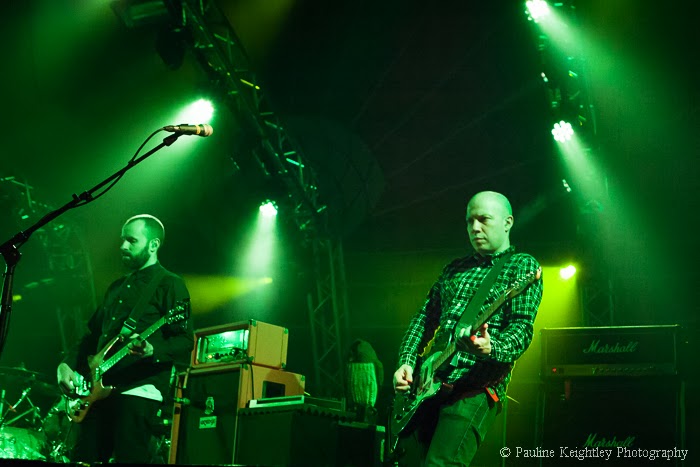 Mogwai were the main event at this concert hall night. The band have recently released their studio album Rave Tapes to excellent reviews and with the album making the top ten UK.  I had heard of Scottish indie rockers or post rock band Mogwai but had never managed to see them live.
It made a change to see a standing packed concert hall full of a younger crowd. Mogwai played a wall of blistering power driven guitar and synthesizer rock (or post rock).  The band played a few songs with vocals but mostly instrumental tracks. 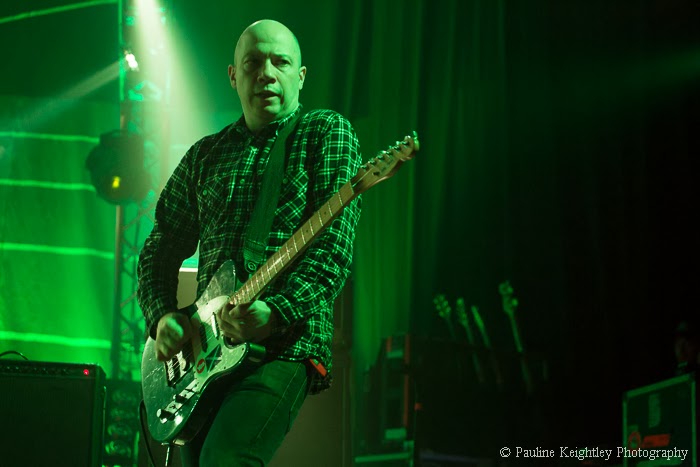 It appeared that the band were lead by guitarist Stuart Braithwaite who played his guitar with a deep strength. They played energetic percussion and steady beats. They performed a slower song with only guitar, slow paced drums and hypnotic voice. For their encore set they added an electric violin. 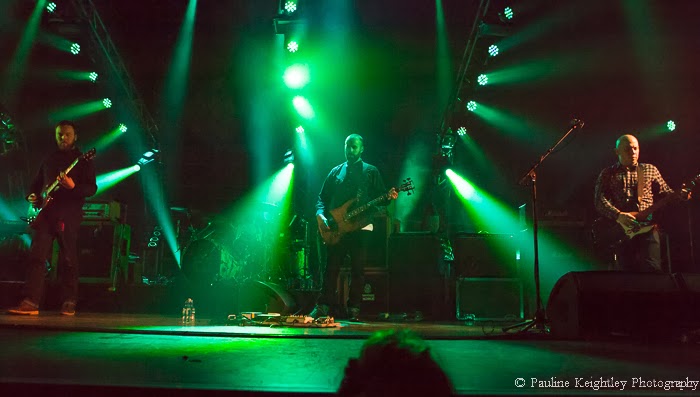 Their sound reminded me of futuristic films such as the iconic Blade Runner. They also sounded somewhat like Icelandic band Sigor Ros who I saw live here a few years back. I went to look up what 'post rock' is and sure enough Sigor Ros are also post rock!
This was the loudest gig I've ever been to at the concert hall!  I am certainly not sure the Celtic connections of their music except they are one of the biggest Scottish bands - so far removed from an acoustic singer songwriter or those fiddle reels!  I was also proud too of the evening, both of the high quality and diversity of music we have coming out of Scotland these days.

RM Hubbert was the support for Mogwai - he was so good I am posting a separate review for him.
Photos and Review Pauline Keightley - http://pkimage.co.uk/