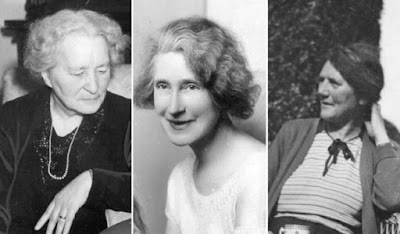 Women pass on our stories, but they are often forgotten in the archives and annals of history.
We live in a world where most of the statues are to men. I used to wonder were there no great women artists or musicians. Then I discovered, yes there were many outstanding women artists! –

There are many women, who not only supported their husbands, but added to their creativity.
I also read of how women influenced their children – Robert Burns learned not only from his father, but from his aunt’s stories and his mother singing the traditional ballads.

Scottish author Sara Sheridan has written a new book where all the names in Scotland are female names!
Where are the Women? (2019) Sara Sheridan

Elsie Inglis: Female hero honoured in Serbia. There is no statue to her in Edinburgh, only  plaque in st Giles, she brought hygiene to war conditions and saved many lives.
**Elsie Inglis, doctor and suffragette, who fundraised for the first Scottish Women’s Hospitals (SWH)  hospice for poor women Edinburgh in 1894. She attended Edinburgh medical school and qualified from the Royal College of Physicians and Surgeons Edinburgh. She trained at Elizabeth Garrett Anderson’s new hospital for women London and later at the Rotunda Dublin. She was appalled by the general standard of care and lack of specialization in the needs of female patients.

She is best known for The Elsie Inglis maternity hospital and her war work when she set up the SWH for Foreign Service which sent medical teams to Belgium, France, Serbia, and Russia. After the British army turned her down she gained support from the French government. She was told – to go home and sit still by the UK war office! She went to Serbia and worked to improve hygiene to reduce typhus and other epidemics. She was awarded the Order of the White Eagle of Serbia

Margaret MacDonald
– (1864 -1933) Scottish artist whose design work became one of the defining features of the "Glasgow Style" during the 1890s.With her husband, renowned architect Rennie Mackintosh, she was one of the most influential members of the loose collective of the Glasgow Four. She exhibited at the 1900 Vienna Secession, where she was arguably an influence on the Secessionists Gustav Klimt and Josef Hoffman. Her husband Charles Macintosh said, Margaret is the genius, I have only the talent.’

Beverly Martyn, English singer songwriter (1947 - )
Apparently John Martyn wrote his best songs with Beverly Kutner, his wife, which she gets little credit for. Beverly had worked with Paul Simon, Nick Drake. They recorded three albums together before John was persuaded by the record label to go solo - Stormbringer, Road to Ruin and Bless the Weather. She played piano while they wrote songs together for Solid Air.  Beverly was then left on the house on the hill to raise their children. John toured and turned to alcohol. Beverly left him after ten years of marriage.
Nelle Harper Lee (1926 – 2016), author of To Kill a Mocking bird, one of the best loved American classics.