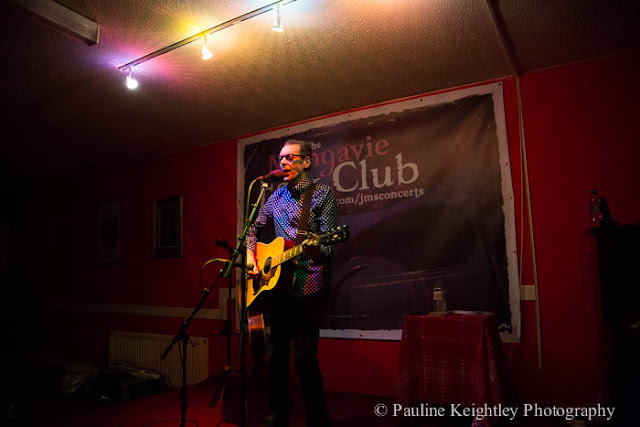 Noakes was among old friends and new on Saturday at Milngavie folk club.
He has many song gems in his studied repertoire - as well as his own quality songs - some unexpected such as Cliff Richard's sing along Dynamite; some hoped for with Dylan's Time Out of Mind outtake track Mississippi; some remembered with his radio hit of the 70s Branch.

He spoke of Nashville, Lindisfarne, Hank Williams, Joe Strummer, Kathleen McInnes, Monroeville, Alabama.. when he made the comment - 'Where it is easier to get in with a rifle than a guitar!' He holds a relaxed friendly banter with his audience. 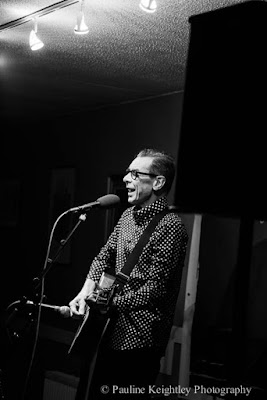 Noakes gets to the heart of songs in a real and natural unaffected way. He is a massive Dylan fan and this came over in his interpretations and mood of the songs. It was good to hear him sing the Twa Corbies; his Michael Marra song and his other cover song choices. 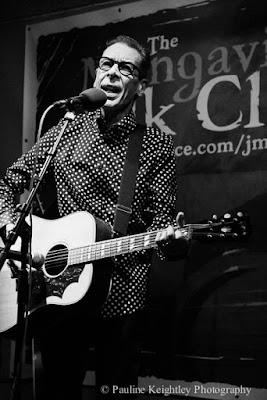 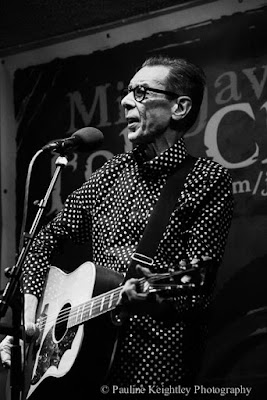 I'm a fan of Rab's older songs …but his new material steps things up several notches and there are many classics in his newer songs.
His song evolution is interesting and his song writing has evolved and deepened with more subtle undertones and story-filled lyrics. From his Americana and rock n' roll country blues, to his east coast Fife influences - they are all here.

I strongly recommend the new album for the song quality and the live one take recording standard. Rab's music challenges in a subtle way and his songs gets under your skin along with his melodic quality guitar playing and vocal expressions. 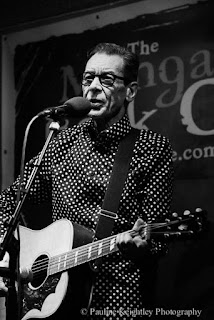 Noake's NEW ALBUM has the title I'm Walkin Here - based on the Dustin Hoffman film midnight Cowboy when Hoffman says to a taxi driver , I'm Walkin Here'  - and has collaborations with Barbara Dickson, Roddy Hart, Jill Jackson, Jimmie Macgregor, Alice Marra, Emma Pollock, and more.  This is a 2 CD - one with new material the other with older songs. http://rabnoakes.com 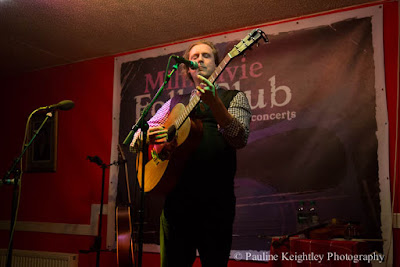 Noakes is a Scottish singer songwriter who played with Stealers Wheel with Gerry Rafferty and also with Lindisfarne.