At the Scottish National galleries in Edinburgh - I used to pass every day on my way to secondary school - there has not been a Scottish director for the past 60 years. The Scottish painters lie in its basement.  Most Scottish artists+ have had to move abroad to the likes of New York to gain recognition.

In 2012 the galleries held an exhibition titled Van Gogh to Kandinsky | Symbolist Landscape in Europe 1880-1910 with not one Scottish painter in the display.

The National Galleries of Scotland for the last 60 years have been run by directors from England. Does this matter?  Well yes if you value a country's expression. For those who wish to keep Scotland's historical and cultural identify suppressed it matters also. 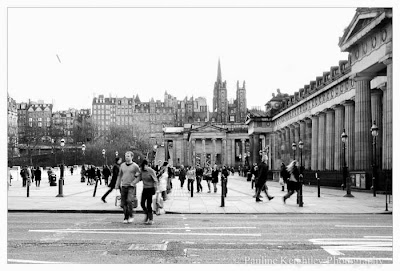 In most other major capital cities worldwide they house one half of the gallery for international art and the other sections for art of that country.  It would seem strange to visit the national art galleries of say Barcelona and for there not to be any Spanish art there? No idea what message this sends out to foreign visitors that in Scotland we rarely exhibit our own Scottish artists.

On my first visit to the refurbished Scottish portrait gallery a few years ago in 2011, I looked in vain for any respected Scottish photographers - when I know there are many! I hope this may be remedied now?  I just read that Scotland opened the first National Portrait gallery! The portrait gallery museum was (first established in 1882) and rehoused in its new purposed built building in 1889, the first in the world. Paid for by John Ritchie Findlay.

Labour peer George Robertson, former Defence secretary and NATO chief, gave a speech at Dundee university where he claimed that places like Flanders and Catalonia have more history and culture than Scotland - when it fact Catalonia does not have anything like the long centuries of history Scotland has as a defined and separate country. In fact Scotland has a longer history than the UK has.

He said regarding Scottish independence, " There is no linguistic differentiation, no great cultural discrimination that might ague for it, like in some other countries...."they have language and culture and all these sort of things. Scotland doesn't have any of that." 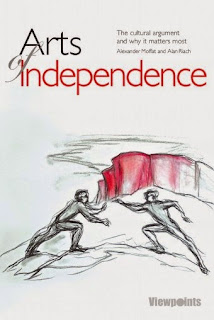 I recommend reading the book 'Arts of Independence'  and 'Arts of the Resistance' on the suppression of Scottish arts, by Alexander Moffat and Alan Riach; the cultural argument and why it matters most.
http://www.luath.co.uk/arts-of-independence.html