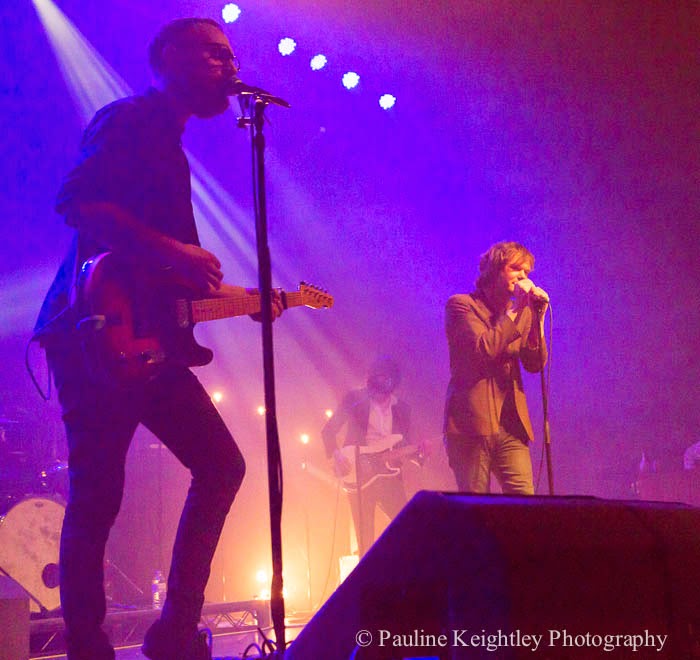 I enjoyed a band on top form with the return of the celtic and soul-filled Edinburgh indie rockers Idlewild, who played two sold-out return shows for their fans at the O2 ABC Glasgow.

The room was full of palpable nostalgia and love from the fans ready to rock!  Their dramatic melodic rock offers hopes - as Woomble put it 'For all you lovely people come to see us.'

The strength of memories lost forgotten hopes and dreams –
The crowd waited eagerly for those songs replayed and also for the new material and sound of this refreshed re-energized band with their new members - bassist Andrew Mitchell, keyboard player Luciano Rossi and Hannah Fisher on electric fiddle. 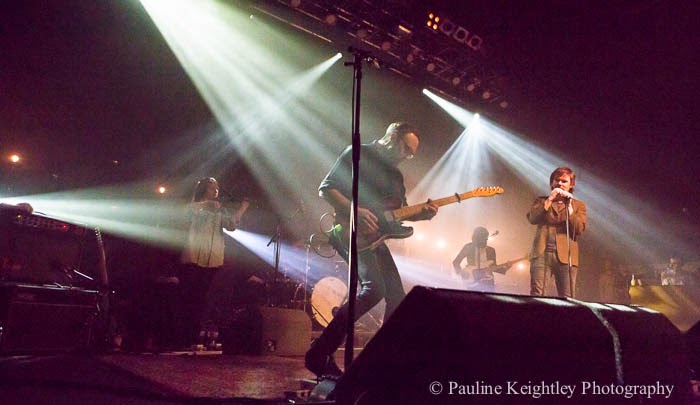 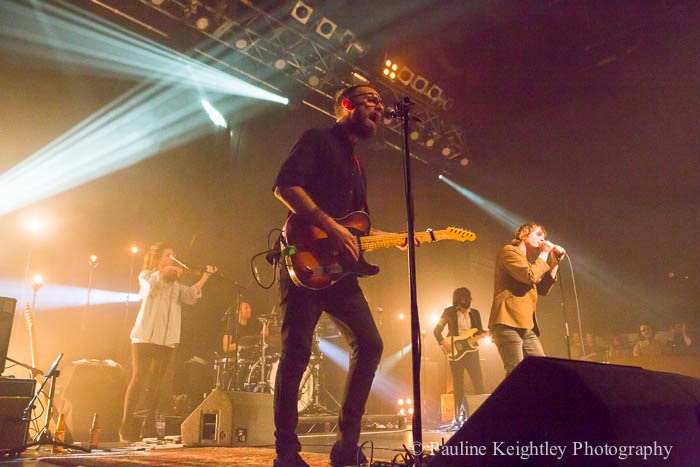 The set was a good mix of both the old and new, which kept fans more than happy. Their music was at times understated and subtle and then with full-on throttle and energy on other tracks, such as A Modern Way of Letting Go.

Lead singer Roddy, displayed assured warm confidence, while guitarist Jones played his guitar like an energy wand and their older songs were reworked and energized. There were strong five-part harmonies on 'Roseability' and 'Little Discourage' and their sing-able choruses were enjoyed by the audience on familiar songs such as 'Love Steals Us From Loneliness.' They played melodic catchy riffs on  'So Many Things to Decide' and 'American English'. 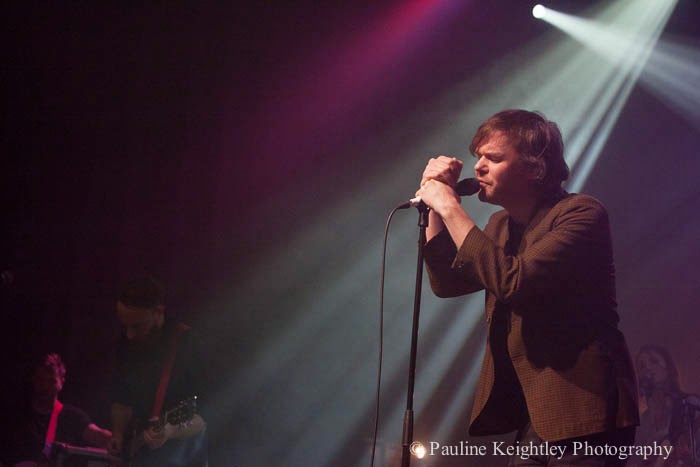 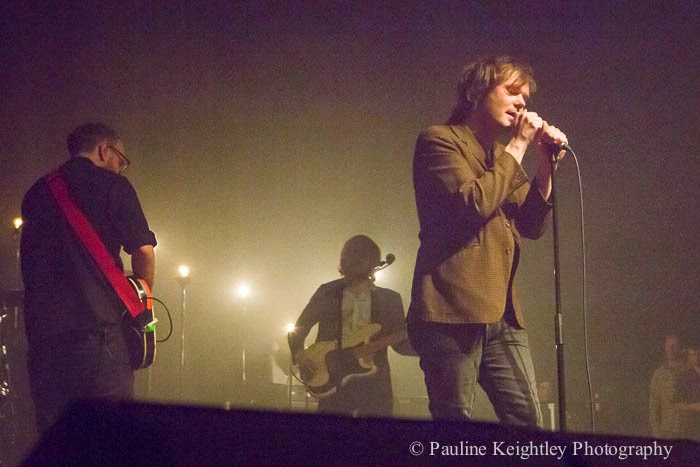 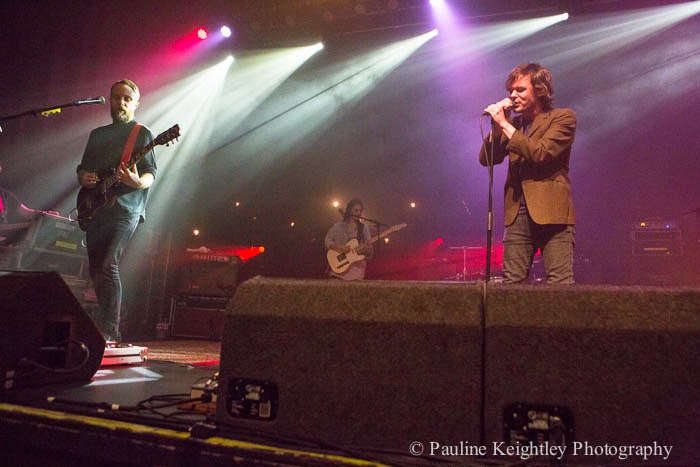 The new album songs from their Everything Ever Written album - ‘Come Along Ghost' and 'Collect Yourself' were well received. Their sound is a blend of rock and folk with the emphasis at times on the rock - with impressive high-wire guitars and soulful melody from Rossi's keys and Fisher's electric fiddle.

It was good to see new member, guitarist and bass player Andrew, up front for several songs. I saw him perform solo at Edinburgh festival last year and was impressed with his music there. On the new track (Use it) If You Can Use It, he and Jones rocked the sound up a few notches with a full on bluesy guitar duel. 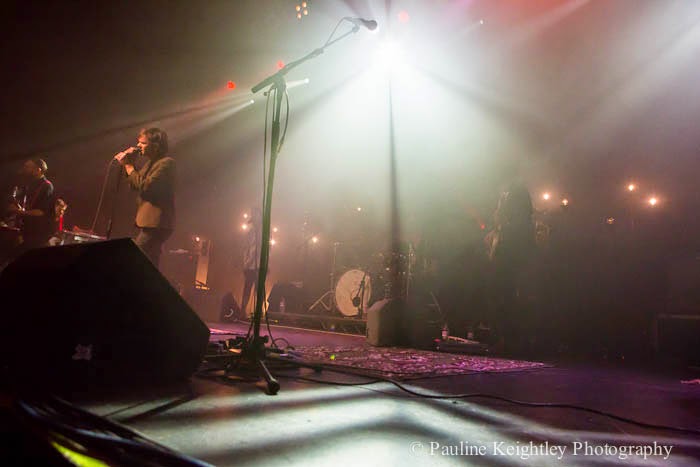 Their influences are broad from Americana, folk earnestness and 90s full on rock. During the band's hiatus Woomble has written for Ballads of the Book and worked with folk musicians - I have seen him solo with John McCusker and Kris Drever.

They are part of the forerunners of today's melodic pop rock bands (notably Scottish bands such as Biffy Clyro)  while there was also edges of REM here - Night Swimming came to mind.

All in all a winning formula. Hope the tour goes great for you! 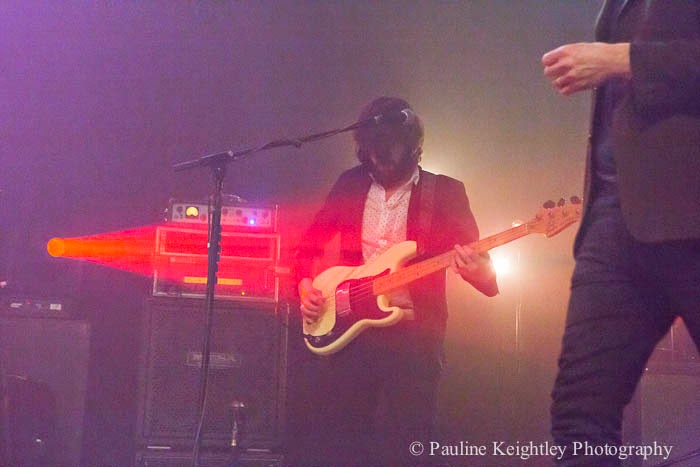 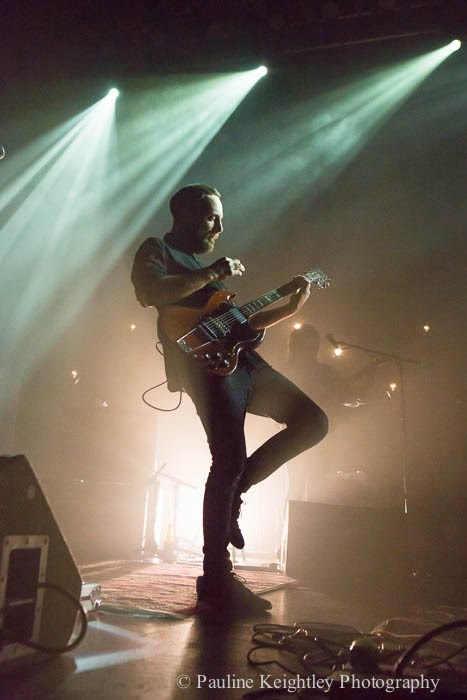 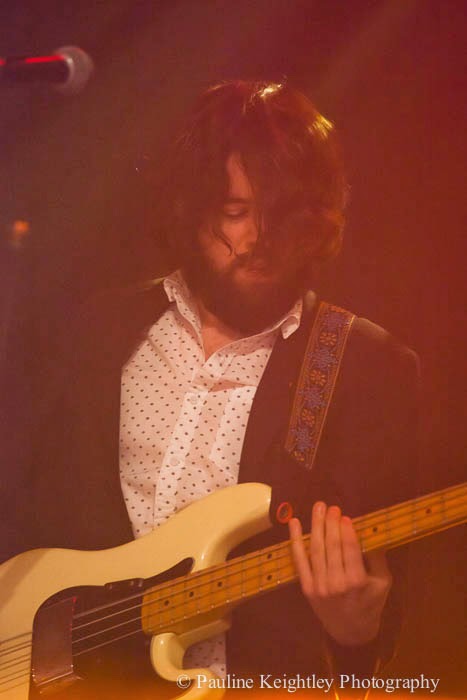 I was pleased to be the only photographer at this fun gig but would also have enjoyed to be creative and have shot the whole set too. My gig photos here - http://pkimage.co.uk/idlewild