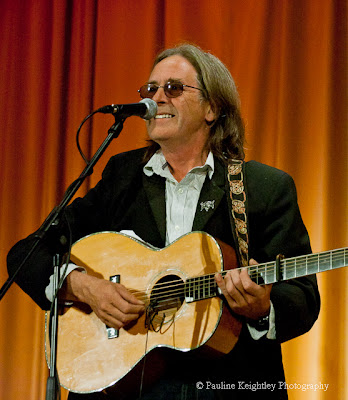 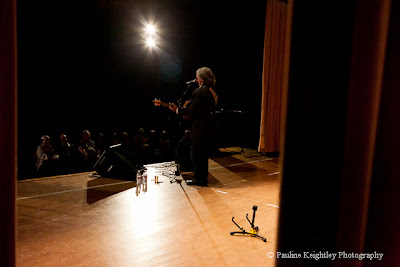 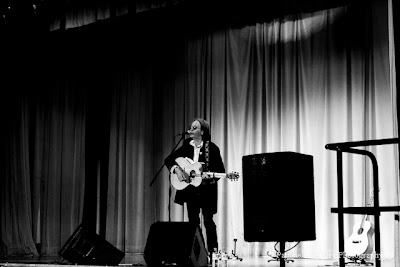 Dougie was magic. He was on good form and like a choir master he really got everyone singing in full voice.


This event took place to an expectant and warmly enthusiastic Milngavie Town Hall audience. Some were clearly die-hard McLean fans and some had travelled long journeys for the gig.
Premier Scottish songwriter is best known for his song Caledonia which has become part of Scottish culture and is often performed at weddings and played by pipebands. He also wrote the theme The Gael for the The Last of the Mohicans (1992).

McLean performed songs from his 2012 album Resolution, as well as some of his large back catalogue. He gave us a full two entertaining sets of his warm thoughtful songs.
He began with the song Holding Back - 'a wee song about contentment' he said. (there may well have been a few more songs I didn't manage to get the title of).

First Set: Holding Back/ Don’t Look Down/ Another Time/ Loving One (She Loves me when I'm gone, She thinks about me when I'm gone)/ Some Hearts/
Second Set: Resolution/ Not Look Down/ Scythe Song/ In Darkness/ Broken Wings/ Caledonia/ For his encore he sang the song You Sing Loud (Shine on, oh shine on over me)

He encouraged us to sing and he said that people were never passive in Scottish music - he explained that they joined in and that is why the old folk songs had so many refrains. For the song Some Hearts he conducted our singing and he suggested we sang with more harmonies.

He also spoke about how music can heal and the inspirational work of Nordoff Robbins Music therapy for terminally ill children.
He said - I travel with my little songs. McLean has a touching compassionate voice in his songs.

His song themes appear subtle and soothing sitting alongside calming melodies but actually they carry powerful messages and emotions. McLean is something of a philosopher in his songs which offer thoughtful insights on life with a strong sincerity. He fully recognises and accepts the emotional draw of the 'song'. His songs are personal but also intimate and universal, as if speaking directly to you.

His songs have lines such as - You may fall but you must not lie down/‘Some hearts will fill with wonder/ Some hearts will break in two/ Some hearts will wait for summer/ Time will turn.
Price we have to pay/ Place we started from to resolution’
Lost in the fiddle’s sweet sound….For a moment free from one more endless day.

He said that we must make loads of mistakes in order to really ‘live’ life. He said that music wasn't always kind and it can sometimes be a heart breaking kind of thing

McLean has been a professional musician for 38 years since a chance encounter with the Tannahill Weavers.
Try Dougie McLean songs - She Will Find Me, Another Time (about his father), Broken Wings, Holding Back,

Sometimes subtle messages in song can be even more powerful.  http://www.dougiemaclean.com/ 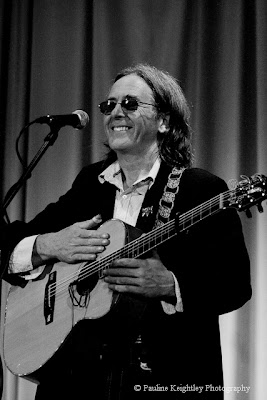