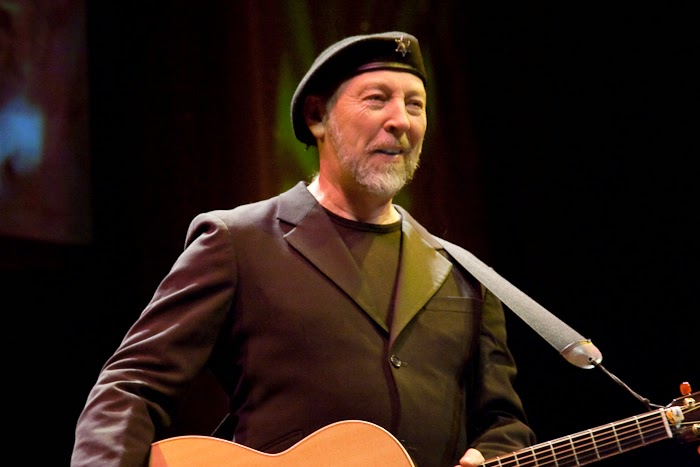 His song lyrics paint the most colourful characters. I first came across Richard Thompson when I was a student and when I heard some of his Bright Lights album songs on a visit to Stirling uni – and I was hooked from the start with the energy and dynamics of his guitar, his colourful songs and the sultry expression and tones of his then wife Linda, and I learned to sing Richard’s insightful songs.
As well as being a brilliant song writer Thompson, with his own very individual guitar style, is one of our top guitarists and he is listed in Rolling Stones top one hundred guitarists.
My favourite Richard Thompson songs are – Bright Lights, Heart Needs a Home, Down Where the Drunkards Roll, Dimming of the Day, This Cruel Country,  . 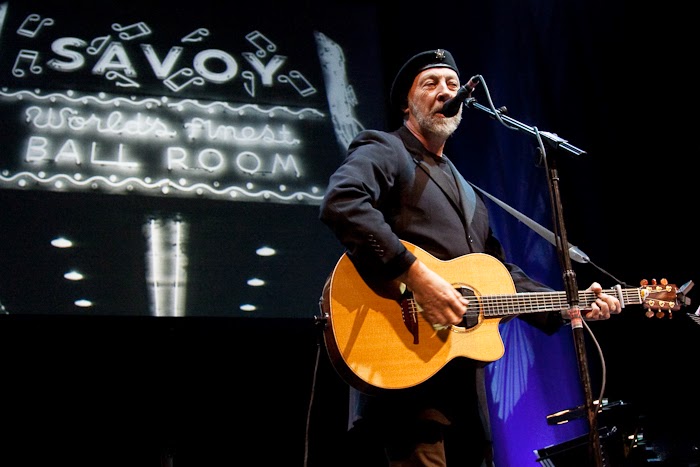 With an artist’s paintbrush Richard draws real life stories and unforgettable characters. They grab emotionally with pain and joys.
Richard likes to improvise and play from instinct with his unexpected, soulful guitar that leaps and springs at you, wrapped around with challenging intelligent lyrics that speak in clear unforgiving voices. His songs tell of troubled, characters, about flying free and escaping life’s pressures. His songs are edgy, brooding at times, mournful and thoughtful with lines such as -
‘There goes a troubled women she dreams a troubled dream, She lives out on the highway, She keeps her money clean.’
‘I was a butterfly lived for a day, I could be free just floating away.
This cruel country has teased me and lied.’

Richard grew up in London, in a musical family. His Scottish father exposed him to a record collection of both jazz and traditional folk, which provide a unique and wide music background. This interesting mix of styles led to Richard rich and original song writing style.  He has collaborated with many, including Crowded house, John Martyn, Al Stewart, Matthews Southern Comfort, Sandy Denny, Nick Drake and more. Richard continues to tour.

He also writes great quotes on his website! "I prefer to concentrate on songs that are deserving, but slightly too arcane to be in every household -- the also-rans, the misfits, the hidden jewels."
"It's an honour to have this job and, to me, the greatest thing is to be up on stage and to feel that connection with an audience... It actually doesn't matter how big that audience is, as long as you get the feeling that there's that musical communication there... that mystical thing that happens in a room full of people. Music is played, things change subtly. It's a beautiful thing. " 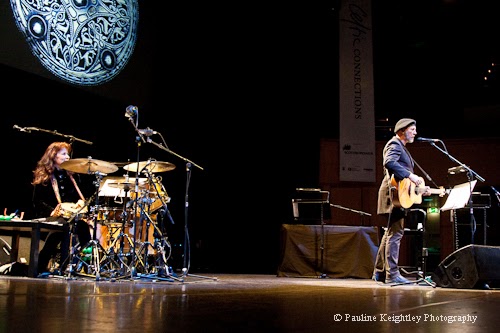 Richard Live. I have seen Richard Thompson three times live in Glasgow – the first time a quality gig at the concert hall along with bassist Danny Thompson.
The next was at an excellent set at the Old Fruitmarket, where he rocked with his band and he played songs from his 2009 album, as well as his top quality back catalogue of songs.
I also saw Thompson perform an accomplished set at the Glasgow Concert hall as part of Celtic in 2010, where I also took photos. 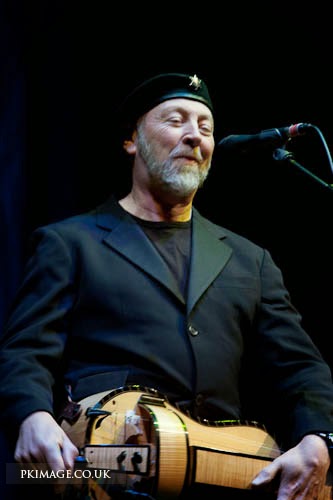 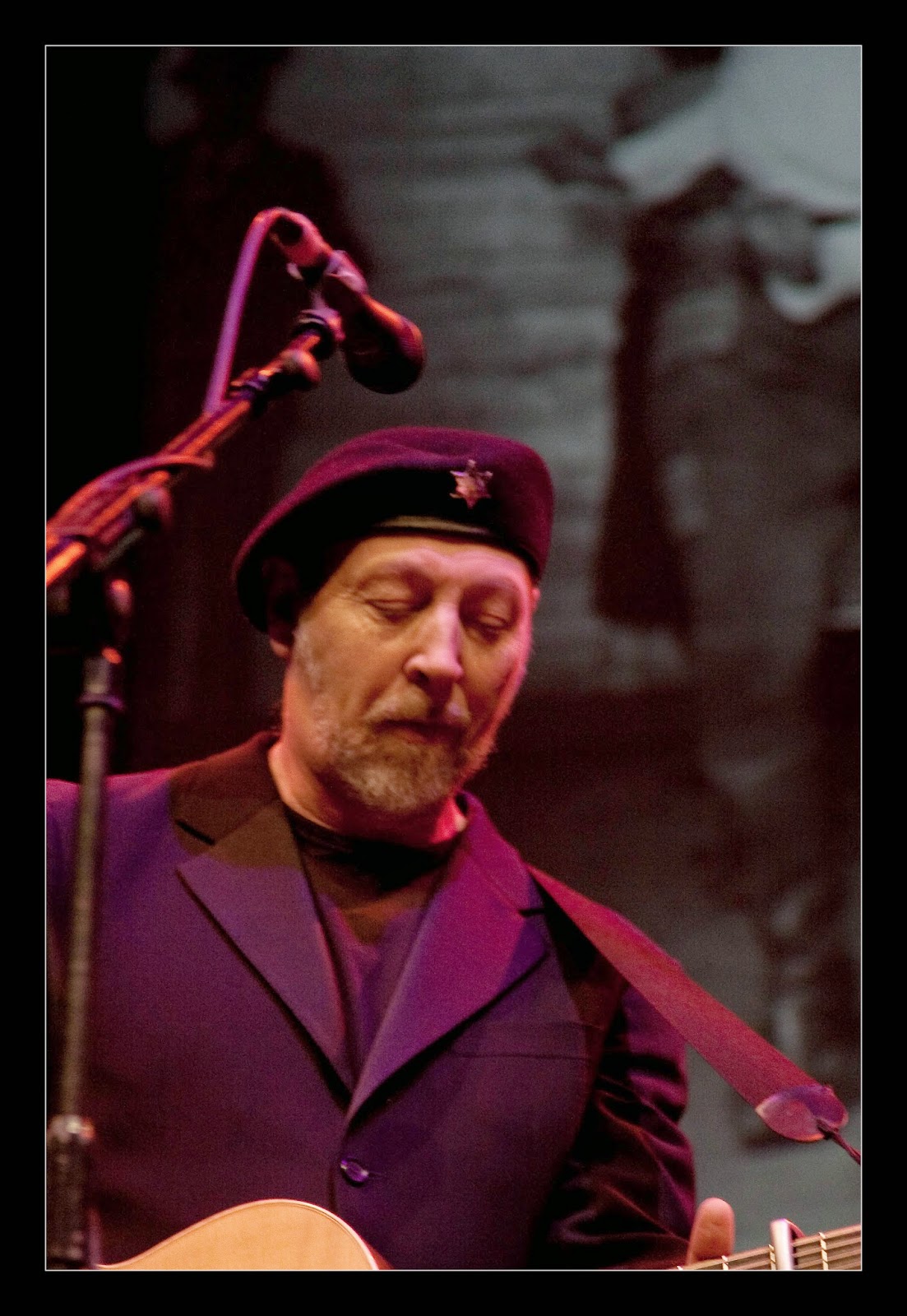 He now lives with his new wife in LA and a few years back there was an interesting tv program about his songwriting. There is something insightfully real, truthful and optimistic about the human condition in Richards songs.

Richard and Linda Thompson had their first major album with I want to See the Bright Lights in 1974. Thompson continues to record and tour to this day.
Richard Thompson, British songwriter, guitarist and recording and performing musician. Richard Thompson made his début as a recording artist as a member of Fairport Convention in September 1967. He continues to write and record new material regularly and frequently performs live throughout the world. Thompson was appointed an OBE in the 2011 New Year Honours for services to music.[5] On 5 July 2011, he was awarded an honorary doctorate by the University of Aberdeen. His songwriting has earned him an Ivor Novello Award and a lifetime achievement award from BBC Radio (2006).