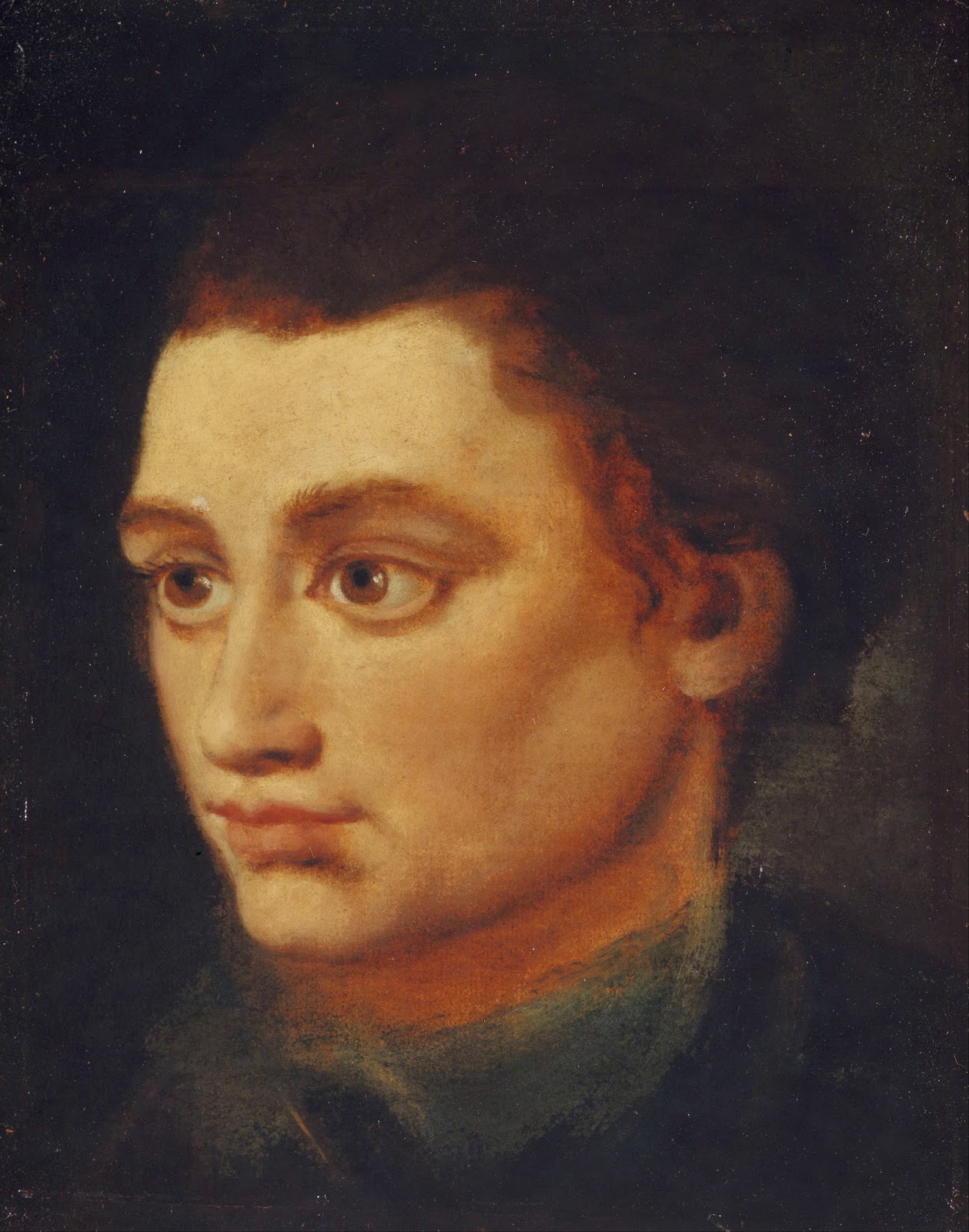 When Burns first arrived in Edinburgh in 1787, after two days pony ride, he went to find Fergusson's grave in the Canongate graveyard and he found there was no grave for his poetic mentor and so he paid what money he had to lay a commemorative stone of his own design on his grave.  When Burns first read Fergusson’s poems in the Scots dialect, he realised that he too might write in this way.

Unlike Burns, Fergusson was well connected and highly educated.  Fergusson was tutored at home and at fourteen he gained a bursary to a Dundee Grammar school. After which Fergusson attended St Andrews university to study Maths and Philosophy. Scotland believed in offering all a good education as a route out of poverty and so boys could read and interpret the Bible.

When he returned to Edinburgh, at the height of the Scottish Enlightenment, he worked as a legal copyist and he was part of the literary circle in Edinburgh called the Cape Club.  He began to write poems about the Edinburgh people and he wrote some poems in the Scottish dialect.  He had poems published in Walter Ruddiman's Weekly Review. His masterpiece is a poem entitled Auld Reekie.

He had his one poetry book published in 1773. Then his poems stopped and after he had a fall he was committed. Shortly after he died at the young age of 24. Fergusson is one of 16 poets depicted on the Scott Monument and he appears beside Robert Burns.  Several of Burn's work has traces of the impact of Fergusson's work - 'Leith Races' was a model for Burn's 'Holy Fair'; 'On Seeing a Butterfly' has similarities to 'To a Mouse'.