We must have REAL Scots history our Historic sites 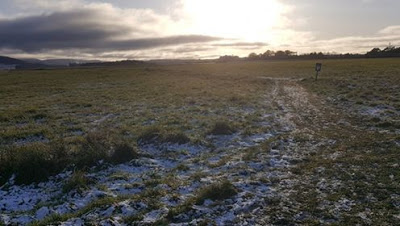 **Can the Scottish Government do more to protect the "REAL Scots history" at our many historic sites?
I read with interest the letter from Rory Bulloch, National 14th May, on how badly Scots history is told at our historic sites.
On a trip last autumn to the Scottish north coast, we stopped at the eerie sight of Culloden moors, which were covered in a layer of crisp snow. I thought of the battlefield sights we’ve lost – where is the real Bannockburn? And I hope there will not be houses built here when Scotland has plenty of land.

One of the guys in his red jacket and blue bonnet was explaining the battle to me, he said kilts we worn on both sides  - he didn't seem to be aware this important Culloden battle was a "religious battle". Or of the Thirty Years religious wars that were raging in Europe at the time etc. etc. There were German, French and Irish troops involved too in this battle. After this crucial battle, prisoners were violently murdered, and the Highland way of life and culture was completely crushed by English redcoats from their huge 18th century Fort George, which is still used as a fortress today, at the entrance to the Moray Firth north of Inverness. They learnt from this how to subjugate the natives for future imperial suppressions.
To my surprise there were no Professor Tom Devine history books in their bookshop either – and clearly a sanitized version told here by The National Trust for Scotland. PLUS Historic Dunkeld is covered in plaques - we were told by a local that they were put there by one guy and that most of them are historically untrue! 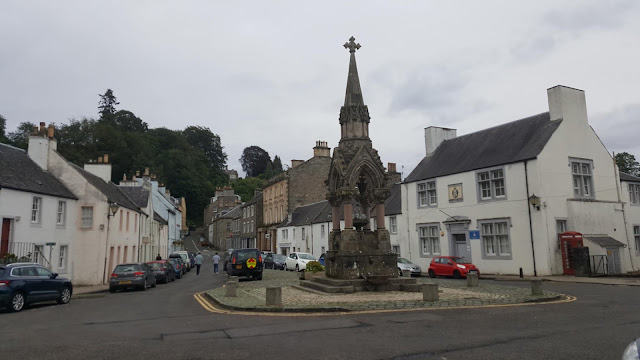 History is not simply about the past – it informs our present and future and crucially shapes who we are and how we see ourselves. Its important to realise the extent that the British nationalists seek to suppress Scots heritage, which began in earnest after the ’45 and after the union 1707. I strongly dislike calling this supposed partnership a union, because it came about under great duress, riots and blood.

As professor Alan Raich writes, National May 16, in his article on the works of the poet James MacPherson, ‘Unlocking Ossian’. In 1760 MacPherson travelled north to recover the epic tales of the ancient Gaels where he met local tradition-bearers. He spoke Gaelic and was educated at Aberdeen university. His Ossian works are described as a fraud by British critics. “This itself has been a long-standing hoax of the British establishment, always opposed to the notion of an ancient Scottish Gaelic civilisation predating its own. As always priority is power.”…A reclamation of Gaelic cultural authority writing from antiquity was effectively a Scottish cultural counterpoint to the post Culloden military and social devastation.”

As a highlander, MacPherson understood the Gaelic traditions and as university educated he aimed to appeal to Hanoverian Britain: and he needed to appeal to his wealthy patrons (as did Burns). He promoted the Gaelic world to international readers. He died 1795 on his estate in the highlands. I read a different story though, at the Uist museum, of their enforced emigration to Canada.

As I was taught practically no Scots history at school Edinburgh, to my great regret, I am now teaching myself. I have attended three lectures by Professor Tom Devine on the Scottish Enlightenment, the Darien Project and the Lowland Clearances. I have read several of his books – the Scottish Nation: A Modern History, The lowland Clearances and Independence or Union. 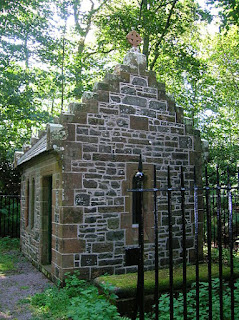 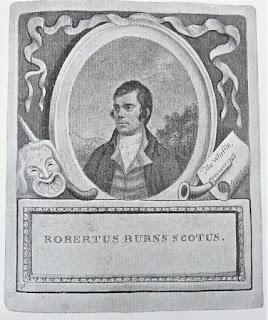 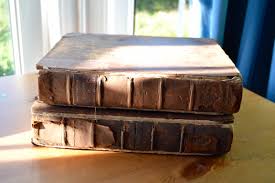 **Can the Scottish Government do more to protect the "REAL Scots history" at our many historic sites? And crucially stop this sanitized whitewash! But rather promote the true Scots history as told by real Scottish Historians such as Professor Tom Devine, linguist Stuart McHardy, lyricist Robert Burns, Professor Alan Raich, or poet Ian Crichton Smith. And not the falsehoods peddled by historical fiction writer John Prebble or archaeologist Neil Oliver. Its well past time all this changed. 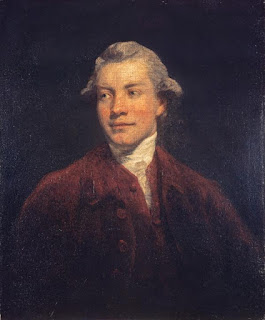