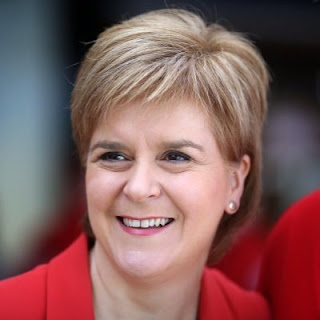 This is well worth watching – and this is such a positive supportive debate of how independence has led to a resurgence for Ireland.

Nicola firstly has assured a welcome for all migrants into Scotland. She also discussed climate change of half energy coming from renewables; of16 year olds voting; on equality as the foundation of prosperity.

The Senate praised Nicola’s position on gender equality, her equality statement and her desire to play a part in the importance on human rights. They spoke of protecting our shared interests and solidarity with Ireland. And there was praise for Scotland’s inspiring grassroots referendum campaign in 2014. 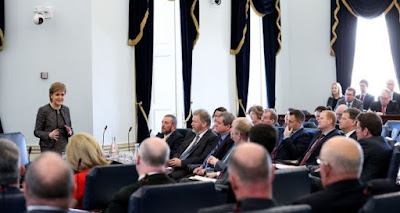 One senator spoke of the corrosive nationalism of Trump, Penn and Farage – and that it is excellent to see the fairness, democratic social inclusiveness of the civic Nationalism of Nicola.
One spoke of how ironic that it will be the 40 year anniversary of the Treaty of Rome in 2017 – and of how the EU came out of a time of great divisions, war and a time of fear. .

Legally Brexit is a minefield for Ireland and undermines the legal status of the Good Friday agreement and will unravel the peace of the last twenty years. They feel Northern Ireland should be given a special status.

One asked how Ireland can help Scotland with independence and with the challenges of Brexit.
They spoke of the Scots James Connelly and Margaret Skinnider, who died with the rebels at the Easter rising 1916.
We must listen to the views of the People and it is not enough to change symbolism. And of independence as a means to build a better nation.

The Senate leader quoted from Yeats – ‘All changed, changed utterly, A terrible beauty is born.’
“A good life means fighting to be human in difficult times.” Alasdair Gray

**Not sure I saw this mentioned on the BBC news!??