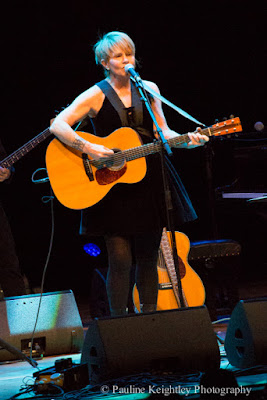 Shawn Colvin, is a Grammy award-winning American singer-songwriter, best known for her 1996 platinum album, A Few Small Repairs and her song ‘Sunny Came Home’.
.
The concert was opened by a welcoming and accomplished duo from Colvin’s band, Larry Campbell and Teresa Williams.
Colvin is celebrating 20 years since the success of her Few Small Repairs album with a full band concert at Celtic Connections festival and the re-release of a newly expanded album edition.

Tonight she performed the songs from the album along with other fan favourites such as ‘Diamond in the Rough’. There were several stand out songs, ‘You and Mona Lisa’, ‘Simple Truth’, ‘Wichita Skyline’, ‘Nothin On Me’, ‘Suicide Alley’ ‘New Thing Now’ and ‘I’ll Be Back.’
She also stripped it back to only her voice and piano on a couple of songs. At one point she spoke of her lyric book. She sang a four songs encore encouraged by fans applause. 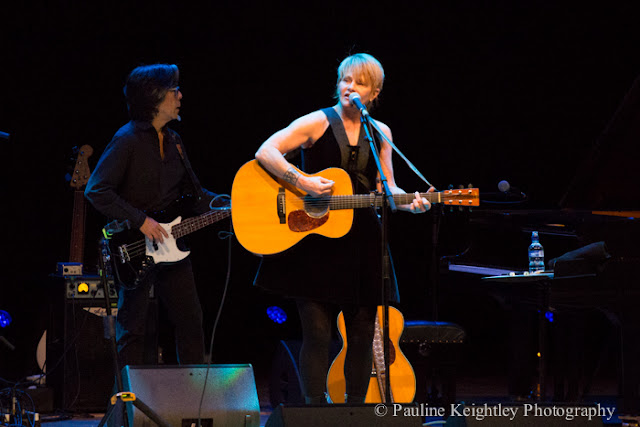 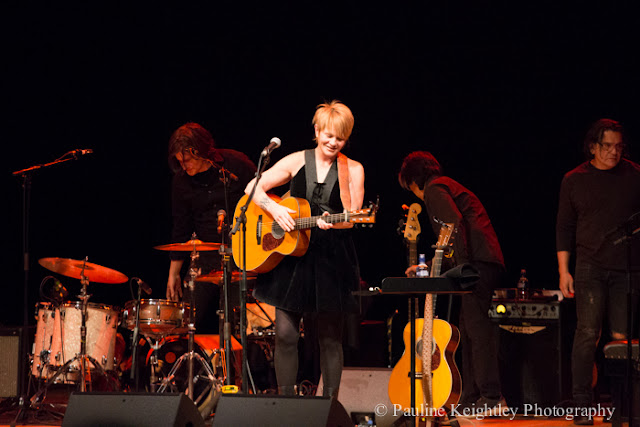 An enjoyable, quality concert. She sang of heartbreak and enduring and her sound elegantly mixes country, pop and contemporary. Colvin is an engrossing, subtle songstress with immersive and sensitive songs and voice.
Shawn Colvin is the recipient of the Americana Music Association’s 2016 Lifetime Achievement Trailblazer Award,

A Few Small Repairs SONGS: Sunny Came Home, Get Out of This House, The Facts About Jimmy,  You and the Mona Lisa, I Want it Back, If I Were Brave, Wichita Skyline, 84,000 Different Delusions, Suicide Alley, What I Get Paid For, New Thing Now, Nothin On M.   -  http://www.shawncolvin.com