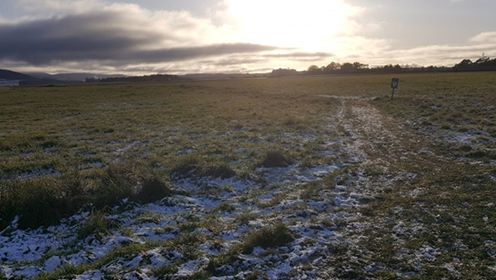 We stopped at the eerie sight of Culloden moors, which were covered in a layer of crisp snow. I thought of the battlefield sights we’ve lost – where is the real Bannockburn? I hope there will not be houses built here when Scotland has plenty of land.

One of the guys in his red jacket and bunnnet was explaining the battle to me - he didn't seem to be aware this was a "religious battle" - or of the Thirty Years religious wars in Europe at the time etc. etc. There were German, French and Irish troops involved too. No Tom Devine history books in their bookshop either - clearly a saniized version told here By Historic Scotland.