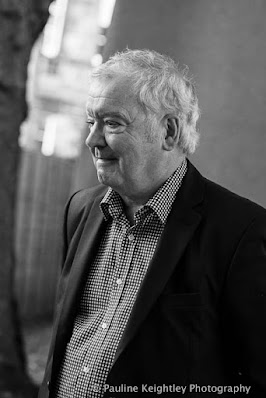 Devine commented that Scottish history was hardly studied and shockingly the history of Scotland is less developed than Yorkshire’s. At the ancient universities, any department on Scots history was small, peculiar, introverted, inward looking. A Cinderella project. Wheras British history was considered outward-looking. Alan Little commented that at Primary school it was all Wallace and Bruce - and with no teaching of the evolution of the nation.

Devine said, that today there has been a sea change, with a resurgence in Scottish scholarship, the first time since 18th century. Scotland has now developed a Constitutive history. A deeper sense of Scottishness. Which came first though? – does the explosion in scholarship predates political development, until 1970s?

He mentioned Canadian historian Rodger Smith, who wrote – “Political constitutive story is crucial – where do people come from, a sense our past, or our mooring threatened with loss. “

Devine also discussed the emerging crisis of Britishness with loss of Empire, and that once the union was never challenged.

Scotland was 10% of the UK population but it was around a third of the Empire. Scotland was the world’s second richest country – with immigration from Ireland, Lithuania, Italy, Poland and also the paradox of a great deal of emigration.

Book What is a nation? Ernest Waldon – Sorbonne, wrote that Nations are based on language, ethnic solidarity, product of imagination, relationship to the past. Scotland’s ties with overseas is very unusual.

Scott reconnected Scotland to its past and what makes Scotland Scotland? Scott began writing poetry to preserve the Border ballads.His writing has Influenced drama, fiction, poetry. At the time the Scots nation was in crisis – identity, sense of self, linkage to the past. Scotland was thought of as parochial, of no value and did not appeal to academics. Scott mixed fact with fiction. At the time 30% of the books being read in France were by Scott.

“To be literate and civilized you have to read Scott.”

These were crisis times. The enormity of the 5 revolutions in Scotland and the assimilation into England. A hybrid identity of Scottish and British and there was a catatonic shift from peasant life to industrialization.

History as tragedy, based on the highlands – Scots were perceived as noble, brave and doomed, and  preordained to fail. Like the lament, or the durg…

The poet Edwin Muir 1930 claimed “Scott and other writers were false bards of a false nation.” 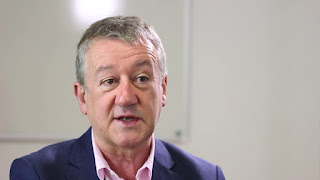 Devine was asked a few question by the live audience. He was asked if it was a mistake to come out in favour of Scotland’s independence in 2014. His answer was cautious – which included a number of factors and his views would be clear soon. He hoped there would be close connections to the rest of the UK and an amiable relationship with the UK government back in 2014. He said that every historian is biased but that he has kept his impartiality.

During the 20th century, Scotland commonly depicted its own history through the lens of a kind of colourful, tragicomic victimhood. This amounted to a tartan-clad story set against a Highland backdrop and a sense of national self-doubt that has sometimes been described as ‘the Scottish cringe’. Since the 1980s, however, that characterisation has changed, and Scotland has developed a more confident, modernised sense of its history and roots.

Tom Devine can take considerable credit for this change: the most influential historian of our times, he has been instrumental in helping reframe the nation’s sense of itself. The Edinburgh University Professor of History and Paleogeography speaks to BBC journalist Allan Little about the changing nature of Scottish history. Using some of the most significant moments in Scotland’s story, from the ill-fated Darien Project of the late 17th century to the arrival of the Scottish Parliament two decades ago, Devine and Little discuss the ways in which Scottish history can be revisited to help us find a new sense of self.

TOM DEVINE The Scottish Nation, from Union to Modern day; The Lowland Clearances,