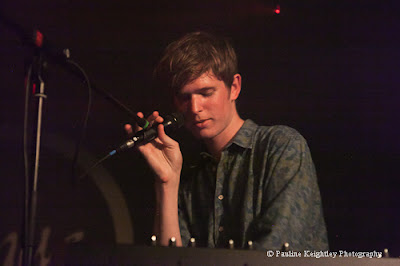 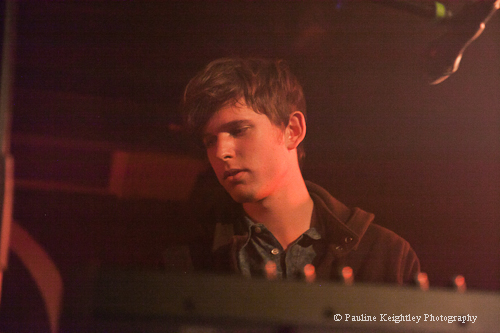 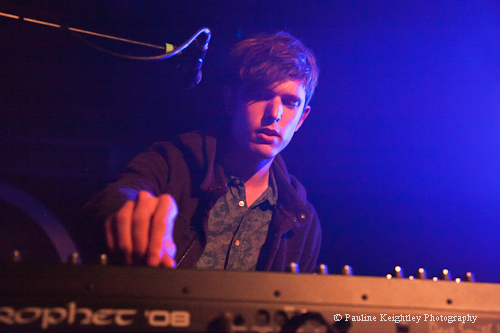 Blake had an easy warm charm which gave him a relaxed fun rapport as he looked over to the packed crowd.
He sang songs from his debut album released in February 2011 and performed his single 'Limit To Your Love' - a song by Canadian singer songwriter Feist, which had disquieting pauses and thudding sub-bass.  Another song echoed the refrain 'I'm Falling...'  His music created disjointed tempos with unexpected twists; sometimes mournful and haunting, other times pensive and warm.

His songs are edgy melodramatic songs that leave emotional questioning spaces.  He has a powerful voice that is an assured instrument - that cracks and reached deep places yet soothes and soars.  It is hard to categorise his multi-layered music. Perhaps post-modern and minimalist in the style of The XX -  his sound is totally now and of the moment.  Blake has been receiving strong industry backing and good reviews.

He is a British electronic composer from .   He is described as the 'most experimental and original' artist to make the annual hotly tipped list.  In 2011 he was announced as the runner-up in the BBC's Sound of 2011 annual poll. His self-titled debut album was released in the in February 2011.  Blake was supported by Cloud Boats.