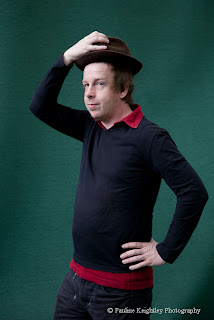 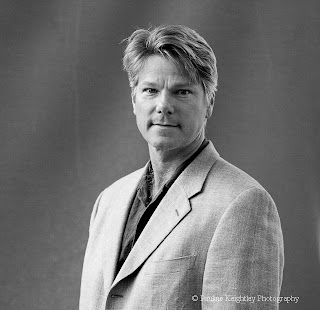 This blog is mostly about music, but it is also about how music and words/lyrics/poetry and art work together.  While I enjoy Mozart, the music I enjoy most is also about the music and power of words.
Edinburgh Festival is quite unique as it celebrates all forms of creativity in a major way - from the silent performance movement of the award winning fringe show LEO, the music of the Edge and the main International Festival, it's Arts festivals and theatre and drama all abound here. 2,500 shows at 250 venues over 3 to 4 weeks, over one million visitors.
Some of the authors at EIBF were also musicians and artists.  For example Norwegian author Jo Nesbo who is known internationally for his crime novels and who also writes songs for the band Di Derre.  Also Nobel prize winner for Literature from Xingjian.
He is a writer, poet, playwright and painter. Gao describes himself as a 'total artist' creating novels, short stories, essays, plays, paintings and film. His 'Ballad Nocturne' continues his ongoing experimentation with dissolving and redefining artistic boundaries, and with melding aesthetic forms. After speaking out against the cultural revolution he now lives in exile in , in his Second Life.  As happened in , the 'free thinkers' and the creative people have had to flee .

Revolutionary change and times was the main theme for the EIBF this year. Change is not simply a good but also a necessary thing. Which begs the question - why have recent years seen such an upsurge in revolutionary thinking. Is it Twitter and Facebook!?  Those who are saying 'NO' - this isn't working and we want a better way.
The Debates (the Spoken Word). This year the EIBF started doing Debates each evening and I went to the one on 'Scottish Independence'  The speakers were Ming Campbell, Mike Russell SNP, and articulate historian Neal Ascherson.  The main issue became around one of a hope for Forward Optimism.(refer to another Blog later for this debate). Fun comes in many guises and I had a fun time at the Debate as I reflected on the power of words.  And on how words and music together have the most powerful effective over our memories and emotions.
My best images often come when the shoot has a buzz about it and where the author is either up for having portraits taken or has outstanding depth of character.
Karin Altenberg

Nick Barley, Director of the Book Festival said “In this, the year that the new Europe comes of age, popular uprisings across North Africa and the are challenging life long regimes and the world is in a state of change, we will examine the theme of Revolution. From Libya to China, India to Iran, the USA ten years after 9/11 and the recent controversies involving Twitter and Wikileaks, audiences and authors in Charlotte Square Gardens will explore the power of the written word to provide a compelling commentary on the world around us.”  Packed into the 17 days of the Festival are almost 800 authors from over 40 countries around the world.